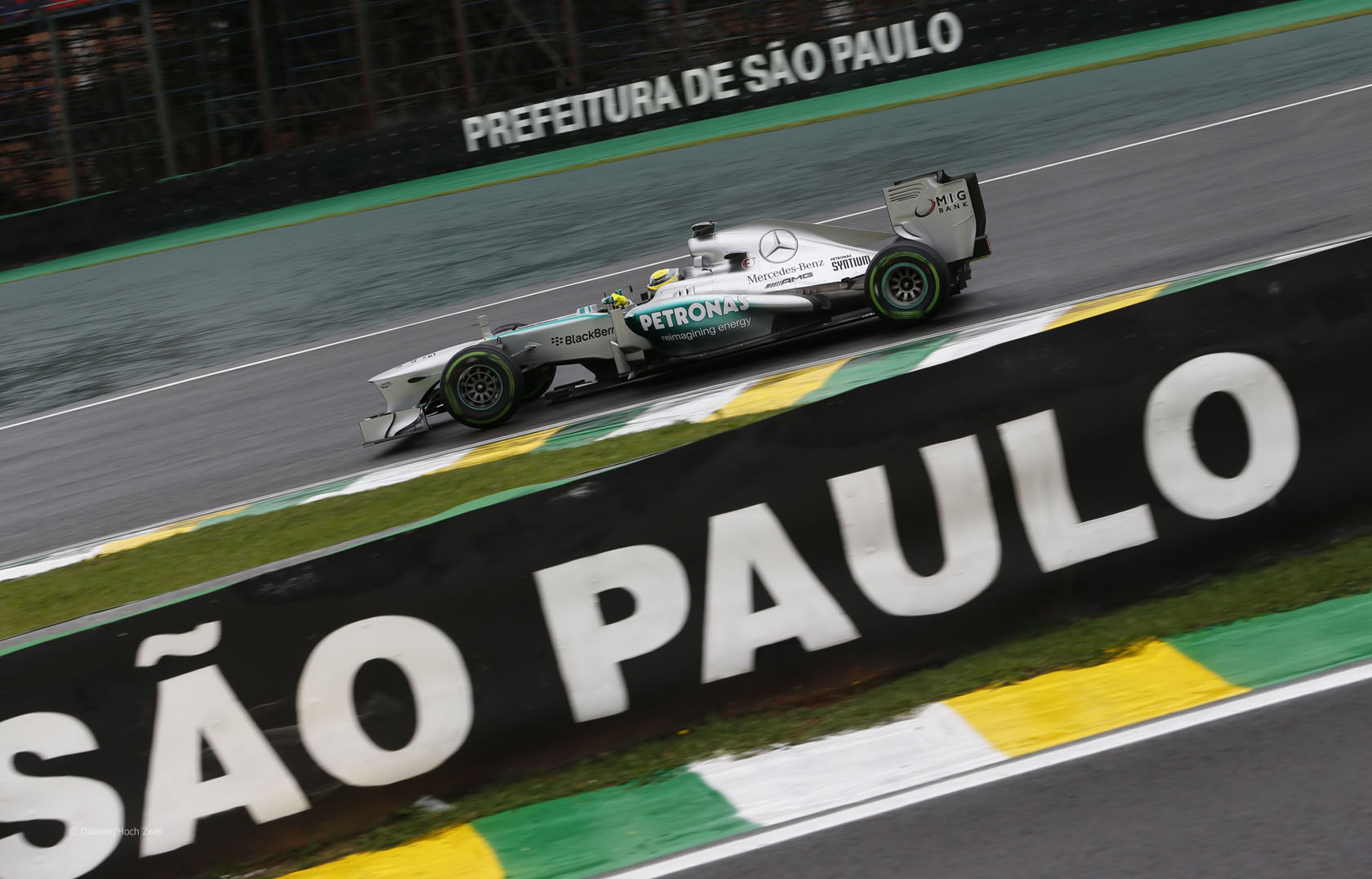 Conditions worsened ahead of the second practice session leading most drivers to spent the majority of the 90 minutes’ running in their garages.

Rosberg was among those to venture out for a few lonely laps of the soaked circuit. At one point he asked where the traffic was around him and was told “Ross [Brawn] says you’re the only one dumb enough to be out there at the moment!”

It wasn’t until the final 20 minutes of running that conditions dried sufficiently to entice the whole field onto the circuit on intermediate tyres. One of the first drivers to try the intermediates was Fernando Alonso, who moved up to third place early on before dropping to eleventh at the end of the session.

Sebastian Vettel avoided running at all until the track was quick enough for intermediate tyres. He took over the fastest time for Rosberg with a few minutes remaining.

The short track was becoming increasing congested in the final minutes of practice. But Rosberg managed to find a gap behind Alonso for a final flying run which moved him back to the top of the times. Vettel, who was catching Pastor Maldonado’s Williams, ended the session second-quickest.

Mark Webber was third, a few hundredths of a second slower than his team mate, while coping with an intermittent KERS problem. Heikki Kovalainen took fourth for Lotus.

Felipe Massa was the highest-placed Ferrari driver ahead of Nico Hulkenberg, Daniel Ricciardo and Romain Grosjean.