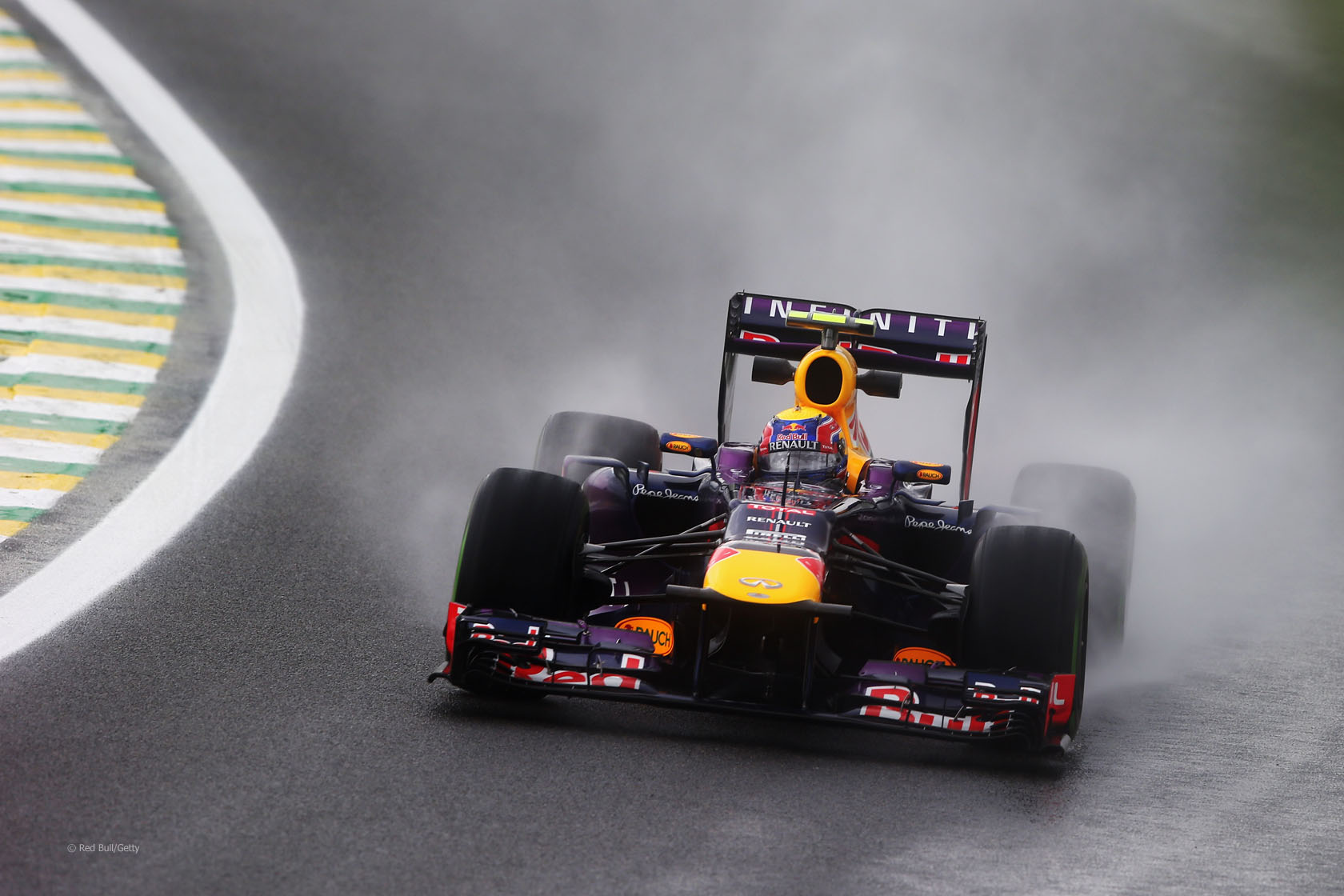 Mark Webber ended the final practice session of his Formula One career fastest at Interlagos.

Conditions remained wet for the third session in a row and this session saw the slowest lap times of the weekend so far. However the conditions eased sufficiently for several drivers to set times on intermediate tyres before the chequered flag came out.

Lewis Hamilton had become the first driver to lap the circuit in under 90 seconds when Webber ventured out of the pits on intermediate tyres. He cut two seconds off Hamilton’s time and that remained the quickest time of the session.

As the clock ran down Romain Grosjean moved up to second ahead of team mate Heikki Kovalainen. Valtteri Bottas also ran on the intermediate tyres and took fourth for Williams, followed by Nico Hulkenberg’s Sauber.

The other Sauber of Esteban Gutierrez was the only car to set a time during the very wet first half hour of the session. He logged the most laps of any driver and ended practice seventh behind Jean-Eric Vergne.

Four drivers did not set times at all during the session including both of the Ferraris.

6 comments on “Webber quickest as rain remains at Interlagos”