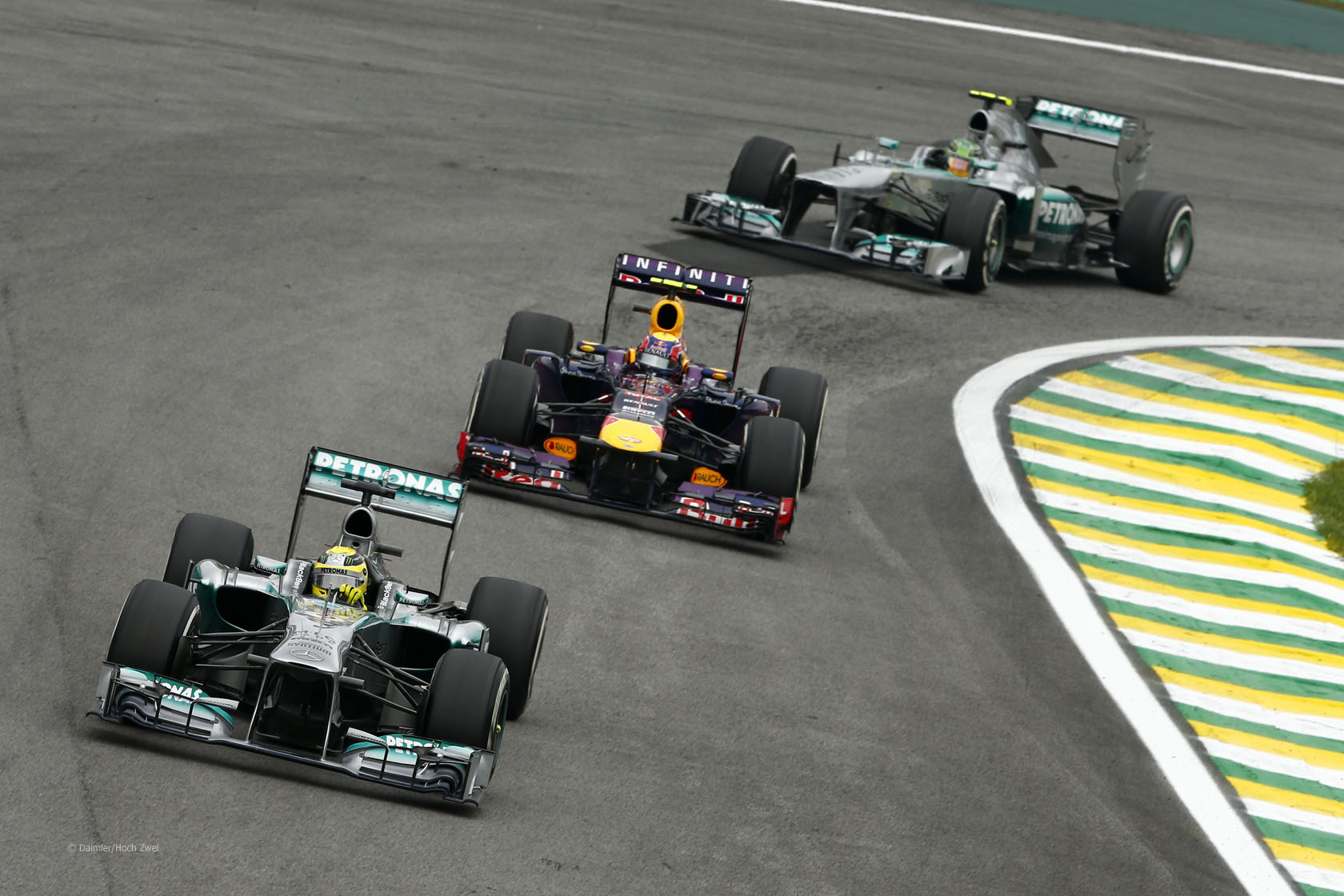 Completely wet practice and qualifying sessions left F1 teams in the dark about how the slick tyres would perform during the Brazilian Grand Prix.

Most teams preferred the softer medium tyre for the race, though Mercedes in particular did more running on the hard as they were having trouble with rear-end grip.

Red Bull have performed some of the quickest pit stops this year – including during the last race – but they weren’t as hot on pit lane in Brazil. Mark Webber’s first stop was slow, costing him a place to Fernando Alonso.

They pitted both their drivers together on lap 47 moments after the collision between Valtteri Bottas and Lewis Hamilton. Webber had to wait briefly behind Sebastian Vettel due to a delay in his team mate’s tyres appearing – just as Vettel experienced during last year’s race.

“I think we were afraid of a safety car at that stage,” said Vettel of the hasty double-stop. “I came in, hoping everybody was ready.”

“I think I had three wheels on the car but I was waiting for the front right. For some reason, last year and this year, it seemed to be the front-right…”

However the drama failed to stop Red Bull chalking up another one-two.