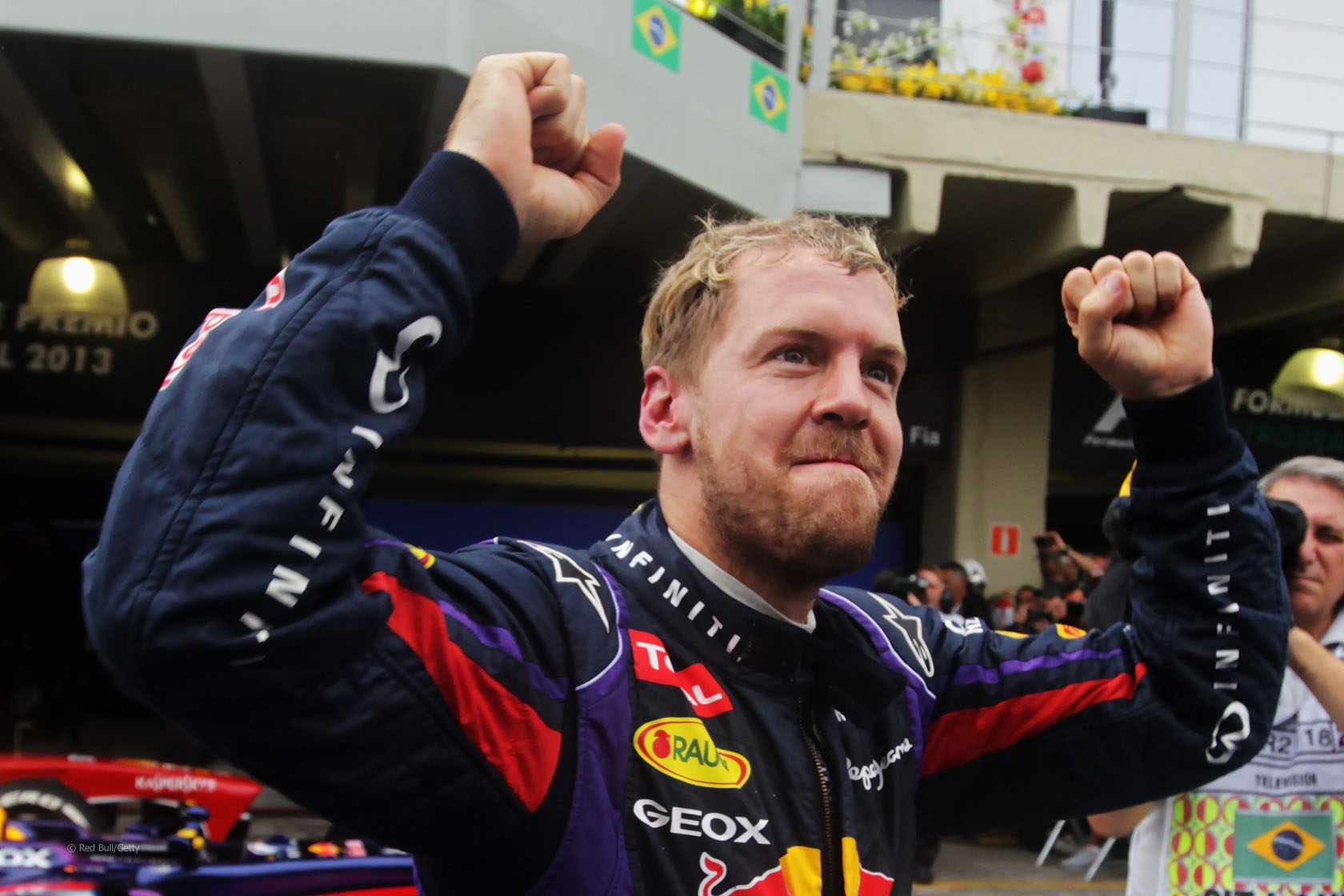 Sebastian Vettel said he was disappointed to see the 2013 season end after winning the final nine race of the year in a row.

The Red Bull driver equalled the record for most consecutive wins by a driver and Michael Schumacher’s record of winning 13 races in a season.

“I’m actually quite sad that this season comes to an end,” said Vettel on the podium. “I think the last couple of races really since the summer break, to win every race is unbelievable. The car has been phenomenal, just kept getting better.”

Vettel briefly lost the lead at the start of the race but reclaimed on the way to his second win in Brazil.

“I had a poor start but then I was able to come back straight away in the first lap, build a gap, which was nice to control then,” he said.

He lost several seconds during his final pit stop as his team weren’t ready with his tyres when he arrived – as also happened to him in last year’s race.

“The pit stop obviously I was waiting for my tyres again,” said Vettel. “I think it was a bit of confusion going on because we had both cars coming in at the same time. Fortunately I got all the tyres in time, ready to go.”

“First of all Mark, obviously it’s his last race, we’ve been team mates for a very, very long time. I think we, after all we didn’t have the best relationship but I think we always had tremendous respect for each other and together I think we’ve been very successful for the team,” said Vettel.

“And then there’s one other guy who’s working on my car, his name is Tom Batch, unfortunately he’s leaving so farewell Tom, all the best for the future, and who knows maybe we’ll meet each other again in the future.”

23 comments on “Vettel sad to end season after record streak”