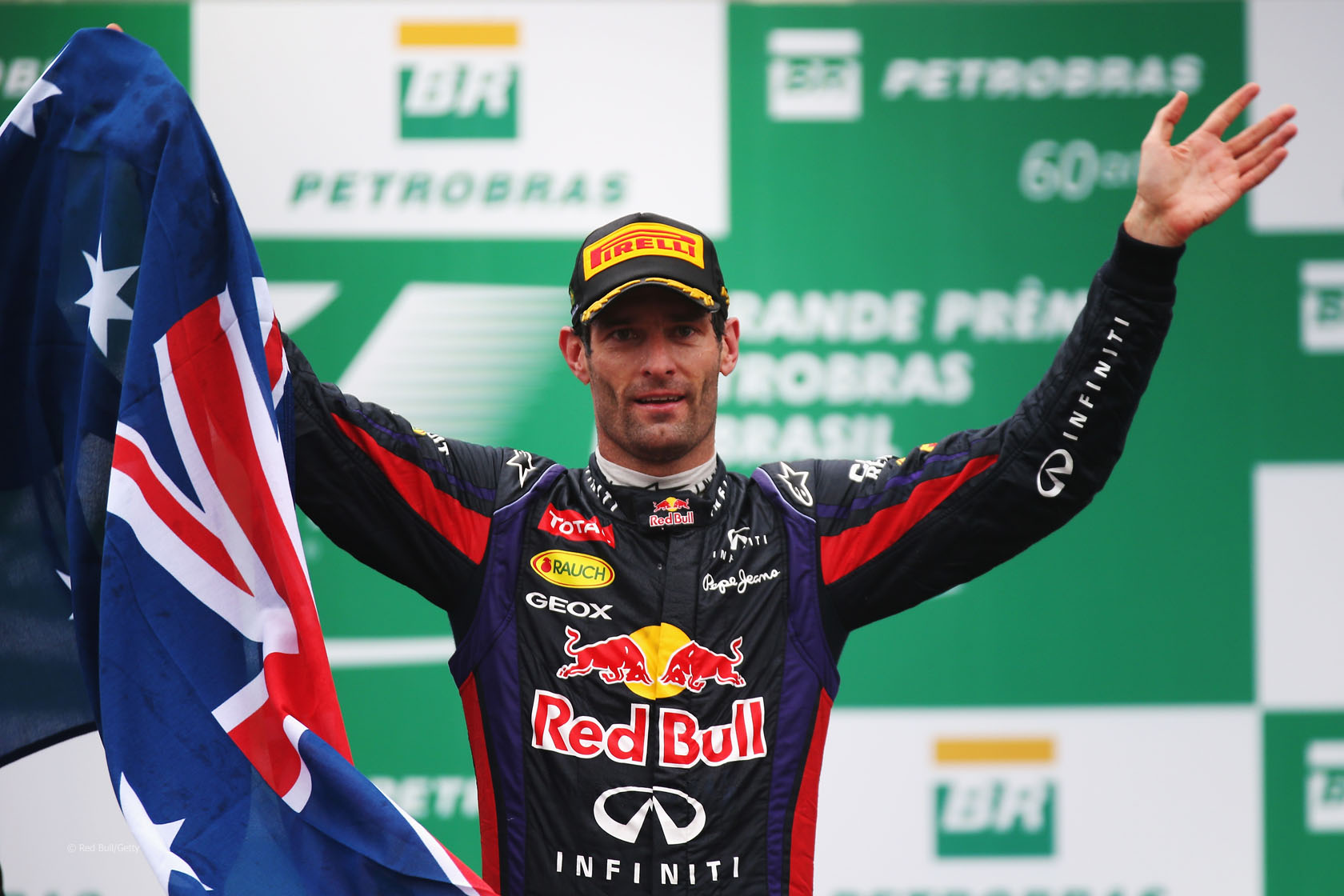 Mark Webber said he felt pride in his achievements as a Formula One driver after finishing on the podium in his final race.

Webber took second place in the Brazilian Grand Prix behind team mate Sebastian Vettel. It was his last race before he joins Porsche in the World Endurance Championship next year.

“It was a very good finish to my career,” said Webber. “A good fight with all the guys I enjoyed fighting with for most of my career: Seb, Fernando [Alonso], Lewis [Hamilton], Nico [Rosberg], all the guys which have been in the window for the last five or six years.”

“I want to thank the team, I enjoyed the last few laps,” he added. “It was a very nice way for me to finish.”

“I want to thank everyone in Australia, I wouldn’t be here where I am without the support I had in the early days and it’s been a thoroughly enjoyable career. A great journey, one which I’m proud of. And there’s been so many people who’ve played a special role in my career, so they know who they all are – thankyou very much if you’re watching.

“Enjoy watching Formula One next year with these guys. But off to Porsche, looking forward to it, thank you very much.”