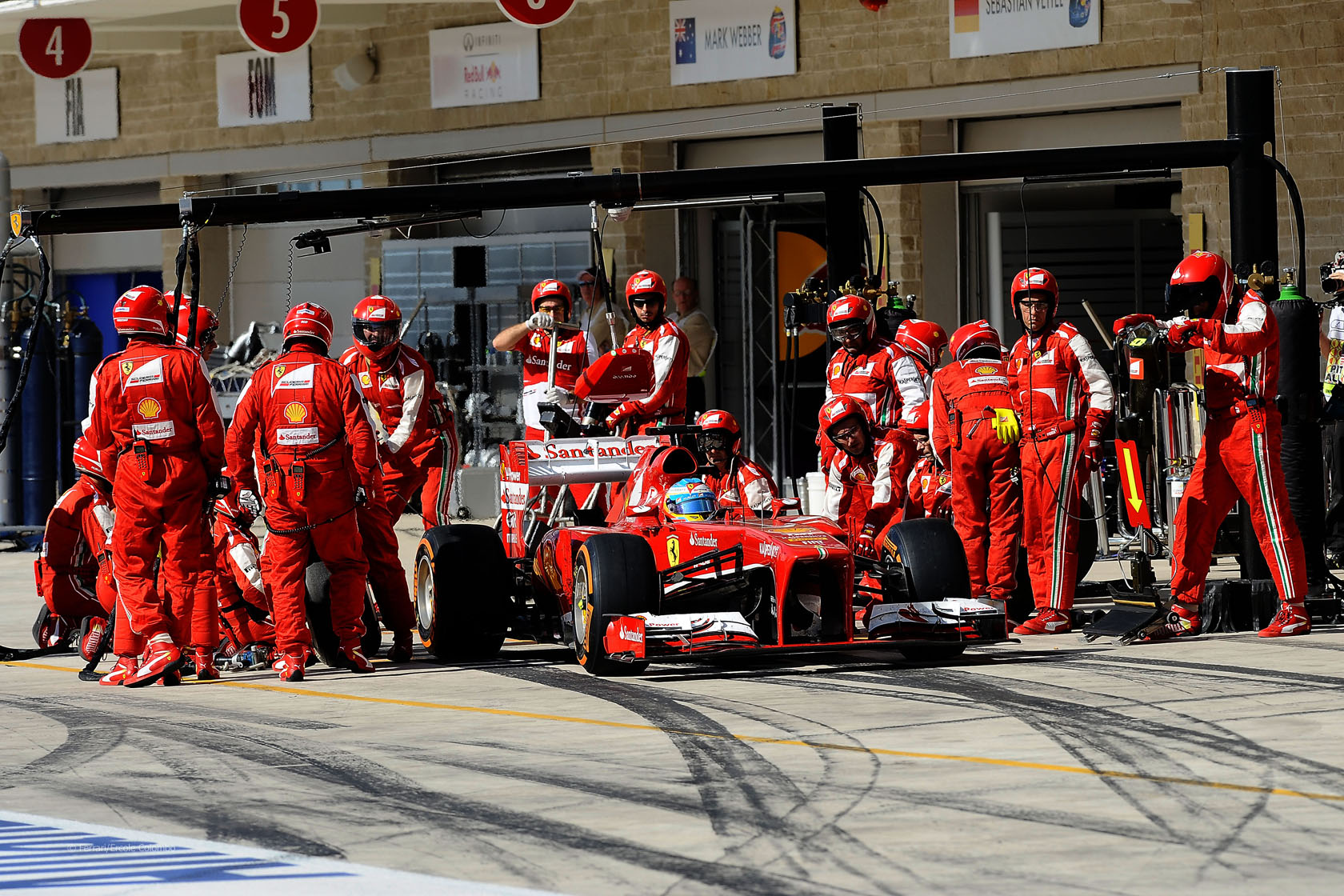 F1 Fanatic readers overwhelmingly oppose a plan for drivers to make two compulsory pit stops per race during the 2014 season.

A proposal requiring drivers to make two pit stops per race, and limiting how long they could run on each tyre compound, has been put forward by the F1 Strategy Group.

The F1 Commission, which includes representatives from all the teams plus the FIA and FOM, will now decide whether it should form part of the 2014 F1 regulations.

However an F1 Fanatic poll indicated fans strongly disapprove of the plan, with almost 90% of more than 500 readers voting against it:

Here’s a sample of some of the responses left by readers:

They have the mandatory system in DTM and more often than not, the results are very predictable. There are changes that need to be made to F1, but this is not one of them.
Steven (@Steevkay)

There are issues over tyre wear, granted. Enforcing a two-stop strategy isn?¾įķ╝įõ¾t the way to deal with the problem. In any case tyre management, like it or not, is part of the skill of an F1 driver. Sort out the wear issues and leave the pit stops up to the team strategists.

At first blush, the idea of a fixed number of pit stops seems rather unappealing.
@McKenzie

Imposing a two-stop-races is a bad idea, it would make races even more standardised, we could have the risk of seeing the same race happening at every venue.
@Dan_the_McLaren_fan

Aren?¾įķ╝įõ¾t there enough things changing for 2014 already? Surely we should wait and see how good the racing is with turbo engines, increased KERS etc… before introducing another rule to try to fix a problem that may no longer exist!
Rob T

We?¾įķ╝įõ¾d lose events like Saubers frequent 2012 tyre wear inspired giant-killing if this was brought in. Achieving a low tyre wear design for a car should be rewarded just like the team with the best diffuser.
@ElBasque

There are enough artificial rules and gimmicks in F1. We don?¾įķ╝įõ¾t need more of them.
@Bebilou