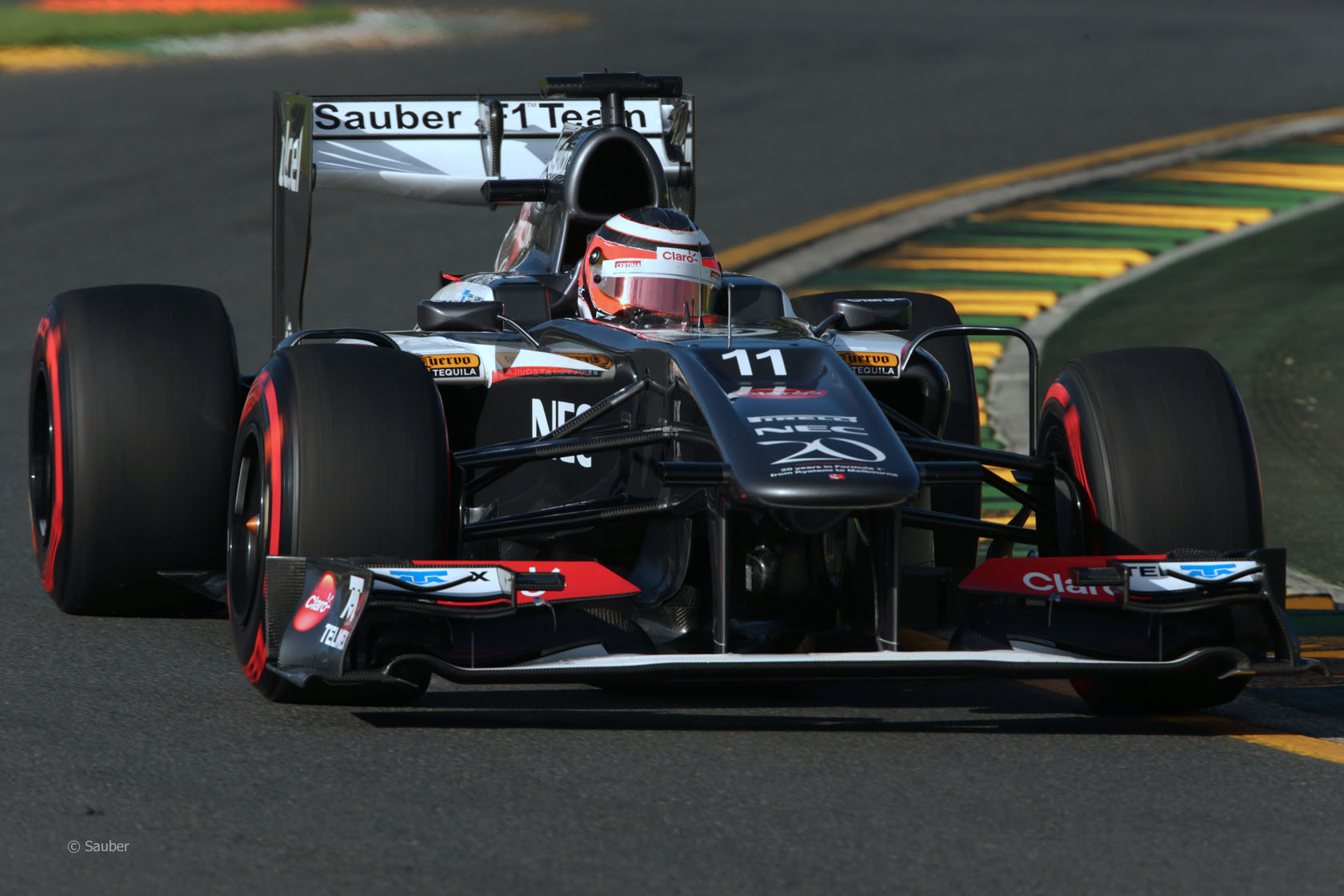 After an excellent 2012 campaign which included a best-ever haul of four podiums, and the arrival of stand-out midfield driver Nico Hulkenberg during the off-season, this year promised much for Sauber.

When the covers came off the C32 its daringly tapered sidepods commanded much attention – as did its smart new colour scheme – raising hopes the team would be genuine top-five contenders this year.

It didn’t come to pass. Hulkenberg’s failure to even start the first race of the year due a problem with his car’s fuel system set the tone for a disappointing start to the season.

Eleven races in Sauber had just seven points to show for their efforts, all amassed by Hulkenberg. Rear tyre degradation trouble was a common theme of the first part of the year.

But their fortunes changed for the better in the second half of the season, beginning with a superb qualifying performance by Hulkenberg in Italy.

He lined up third on the grid with only the Red Bulls in front of him. The two Ferraris demoted him by the end of the race but this was still a valuable fifth place finish which immediately raised the team to seventh in the points standings – where they eventually finished.

Hulkenberg went one better in Korea, keeping Fernando Alonso at arm’s length and making an opportunistic pass on Lewis Hamilton to claim a brilliant fourth place. Sauber briefly looked set to chase down the struggling Force India, particularly after Esteban Gutierrez contributed his first points of the season in Japan, though they ran out of races to catch their rivals.

What was behind their mid-season transformation? Monisha Kaltenborn, in her first full year as team principal, credited their Hungaroring aerodynamic upgrade as “a big step for us”.

Though she maintained this accounted for more than half of the gains they made, Kaltenborn conceded Pirelli’s mid-season tyre alterations had also aided their cause. “We benefited maybe more than others from it,” she said, while pointing out the reverse had been true during 2012.

It was a challenging year for Sauber off the track as well. The team’s financial problems became public after it emerged they had fallen behind on payments to Hulkenberg. He has since confirmed a return to Force India next year.

The need for a cash injection has led the team to arrange a new deal with Russian backers. However this may require them to place the somewhat inexperienced Sergey Sirotkin in one of their cars next year.

9 comments on “Sauber fall to seventh despite late-season surge”