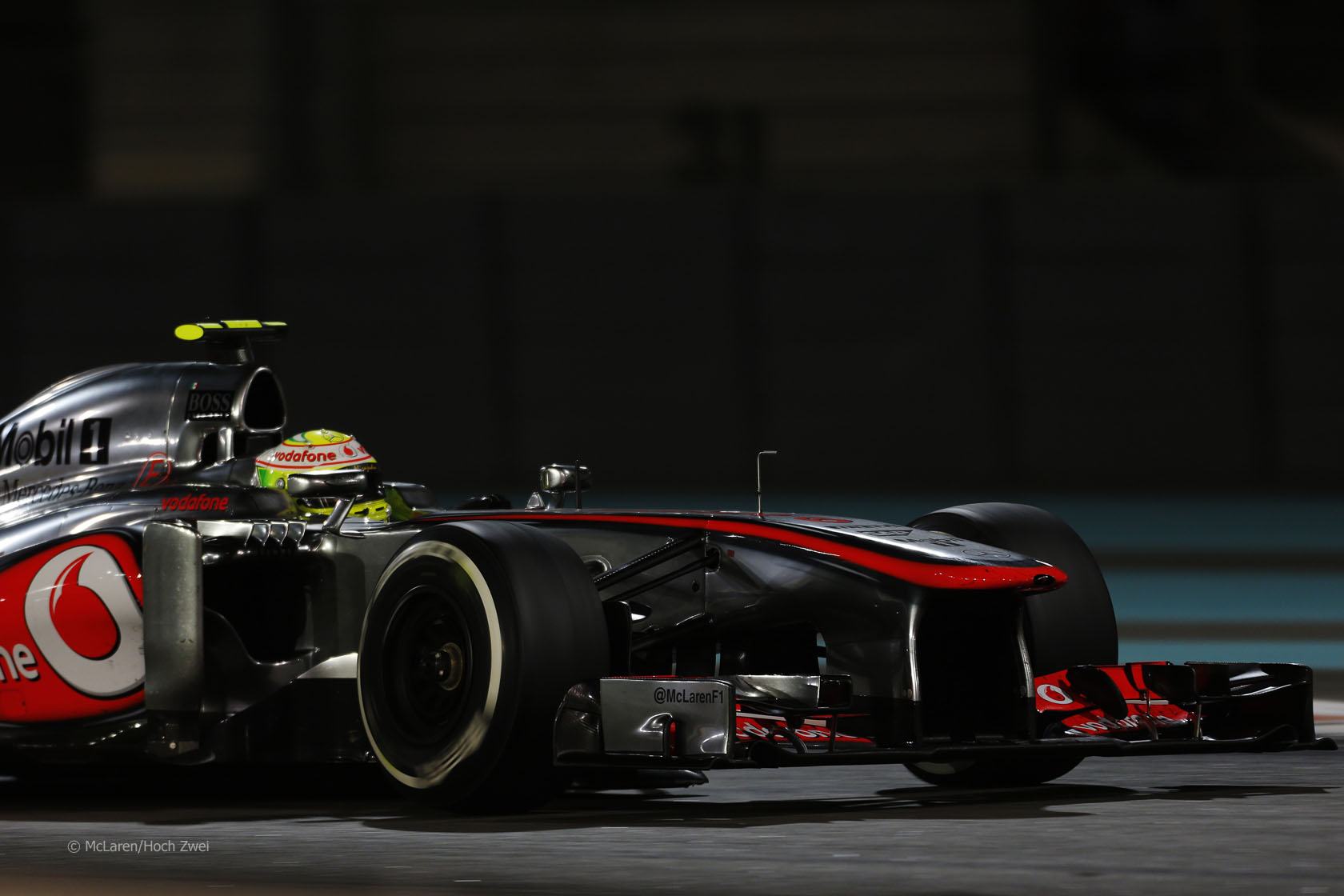 In the round-up: Sergio Perez becomes the second driver to speak up on the controversial double points plan – but unlike Sebastian Vettel he’s in favour of the change.

“I like him, he’s a great friend and hopefully he’ll remain a great friend. But every team needs to move on. We gave Paul a good stint with us, it wasn’t just a one-year stint. So we gave him the opportunity, he delivered for us.”

“We will certainly target sponsors from Mexico and other Latin American countries, so it’s a new opportunity being opened up.”

Shadow attorney general Emily Thornberry: “We cannot just walk away from this case. It does seem to me that we have a duty to investigate this. What is the Serious Fraud Office for if not for investigating cases like this?”

“As much as getting the respect and appreciation from outside people, it is very nice to get the same from people on the inside.”

Double points a formula for farce (The Telegraph)

“The ambition to invigorate Formula One with a few extra permutations is a sensible one, yet in its Solomonic wisdom the FIA has merely compounded the problems, making a farce of the 2014 contest from the very start.”

Lots of #F1 folk will be reading copies of the new 2014 rules at bedtime. @FIA added almost 3,500 words to the Sporting Regulations alone.

A priveledge to work with the very talented, fit, dedicated @pauldirestaf1. Honoured to call him my friend.

Let's not forget the job @pauldirestaf1 did for us this year. Nice job mate was good working with you

@KeeleyObsessed likes the look of next year’s driver line-ups so far:

Red Bull now have two drivers from their Young Driver Programme in the team, and Vettel gets his first chance to prove himself against another driver since he?óÔéžÔäós come to form.

Ferrari have two World champions in Alonso and Raikkonen, and they couldn?óÔéžÔäót be more different out of the car.

Lotus have Grosjean and Maldonado. This time last year that could have been considered the nightmare team, but Grosjean has come good and there?óÔéžÔäós some hope that the team may be able to control Maldonado. Time will tell.

Mercedes have Hamilton and Rosberg, who were close last year and look to be close again, hopefully fighting for the championship.

McLaren have Button and Magnussen, two completely different ends of the spectrum, one driver who has just about done it all and had all the ups and downs, and new blood with Magnussen as he tries to make an impact. Williams have a similar situation though not as extreme in Massa and Bottas.

Toro Rosso have given Kvyat a chance to jump GP2/Formula Renault 3.5 and get straight into F1, lets hope he can get to grips with it.

And now we?óÔéžÔäóve got Perez and Hulkenberg in Force India, a line-up of drivers that can be incredibly good on their day and have proven that at several points. My money would be on Hulkenberg to edge Perez next season, but it?óÔéžÔäós certainly going to be an exciting line-up.

So even if the 2014 cars are so different to each other in terms of performance, the intra-team battles should easily keep us interested!
@KeeleyObsessed Norbert Haug stepped down as vice-president of Mercedes-Benz motorsport on this day last year, at the end of a disappointing season in which their F1 team had gone from winning a race to struggling to score points.

Less than 12 months later Mercedes have finished second in the constructors’ championship this year but also seen team principal Ross Brawn leave, with a new management structure headed up by Toto Wolff on the business side and Paddy Lowe on the engineering side.

106 comments on “Double points ‘will create much better finale’ – Perez”