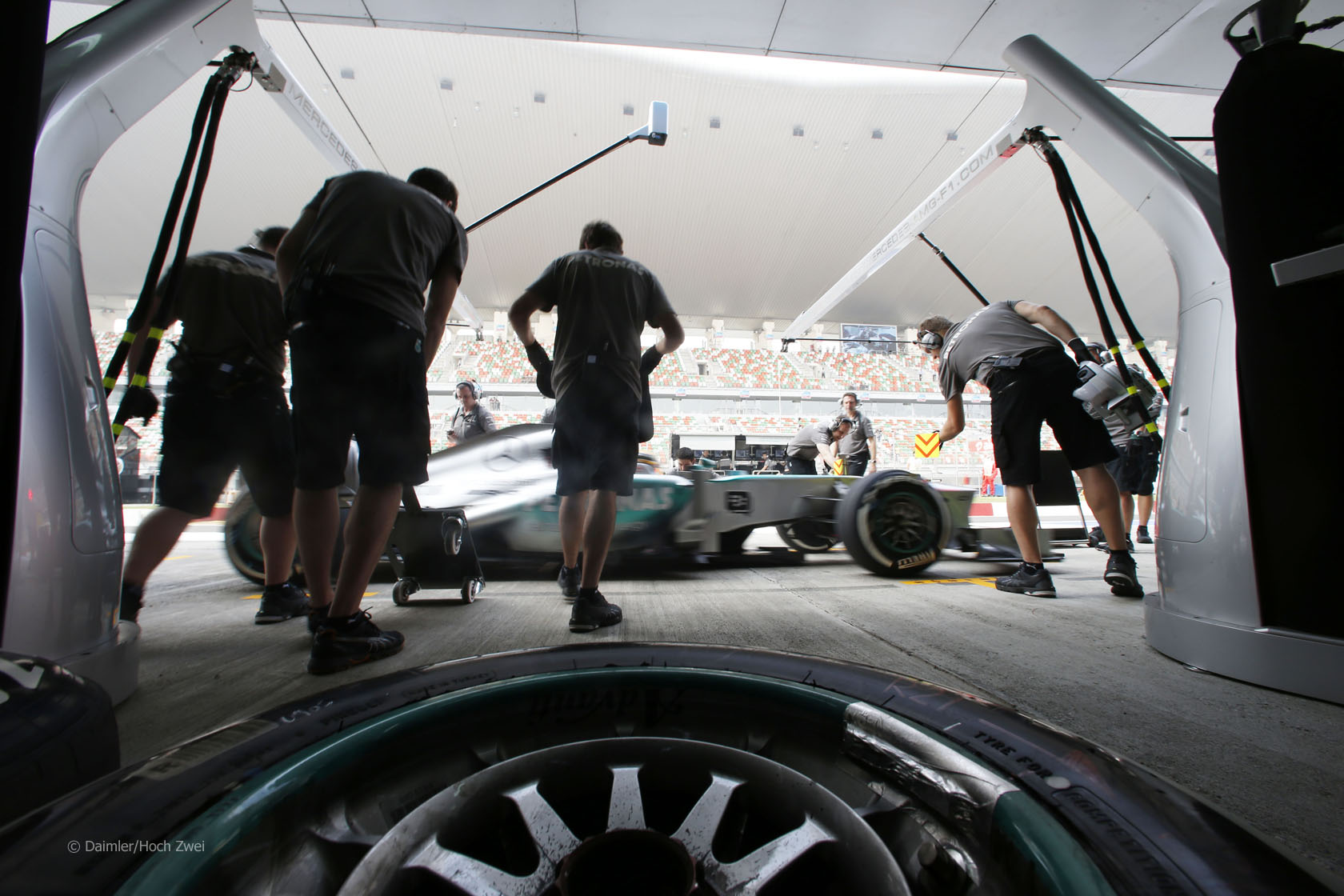 The FIA will permit teams to purchase more car parts in 2015 under new rules proposed today.

Teams will no longer have to design and manufacture their own suspension components and brake ducts if the proposed rule is accept by the F1 Commission.

The FIA also intends to outlaw tyre heating devices for 2015. Tyre warmers are already banned in many other single-seater racing series, such as IndyCar.

A further rise in the minimum weight limit is also planned for next year, bringing it up to 701kg.

The sport’s governing body also proposed a new rule on safety grounds, starting: “the front part of the chassis will not be able to climb too steeply rearward of the front of the chassis”.

The FIA’s plan to introduce cost control regulations was also advanced with teams agreeing unanimously to prepare draft regulations to go before the World Motor Sport Council in June.