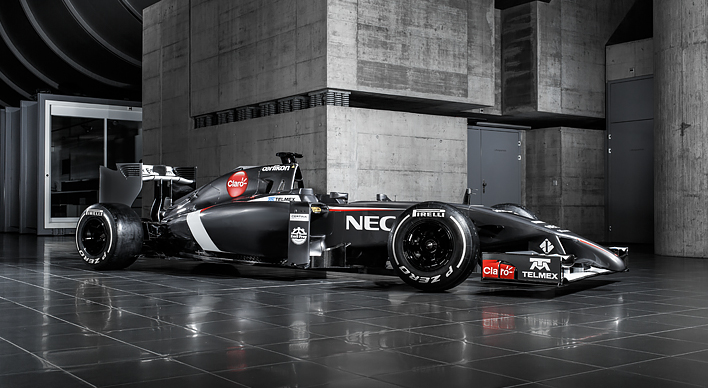 Sauber have revealed the C33, their new car for the 2014 season.

Chief designer Eric Gandelin said the team have focused on developing a car which will permit them “maximum flexibility” under Formula One’s new rules.

“The radical changes to the technical regulations for 2014 mean that it’s even harder than usual to make predictions for the new season,” said Gandelin.

“We know what kind of package we’ve put together here, and we are happy with what we achieved, but it is difficult to foresee what shape our rivals are in. The earliest opportunity to gain an impression of where the teams are in relation to one another will come during testing.”

Gandelin added the team have made reliability a “high priority” when designing the new car as they expect many teams to have problems at the beginning of the season. The team intend to concentrate on reliability in the first test at Jerez next week before introducing performance upgrades for the two Bahrain tests.

“The car will be fully functional, but without a number of performance parts, which will be introduced for the two tests in Bahrain,” said Gandelin.

“On the one hand this gives us time to maximise the development of these performance relevant parts, and on the other hand we can run the car during the first test and check all the systems, which we feel is crucial, considering all the technical changes.”