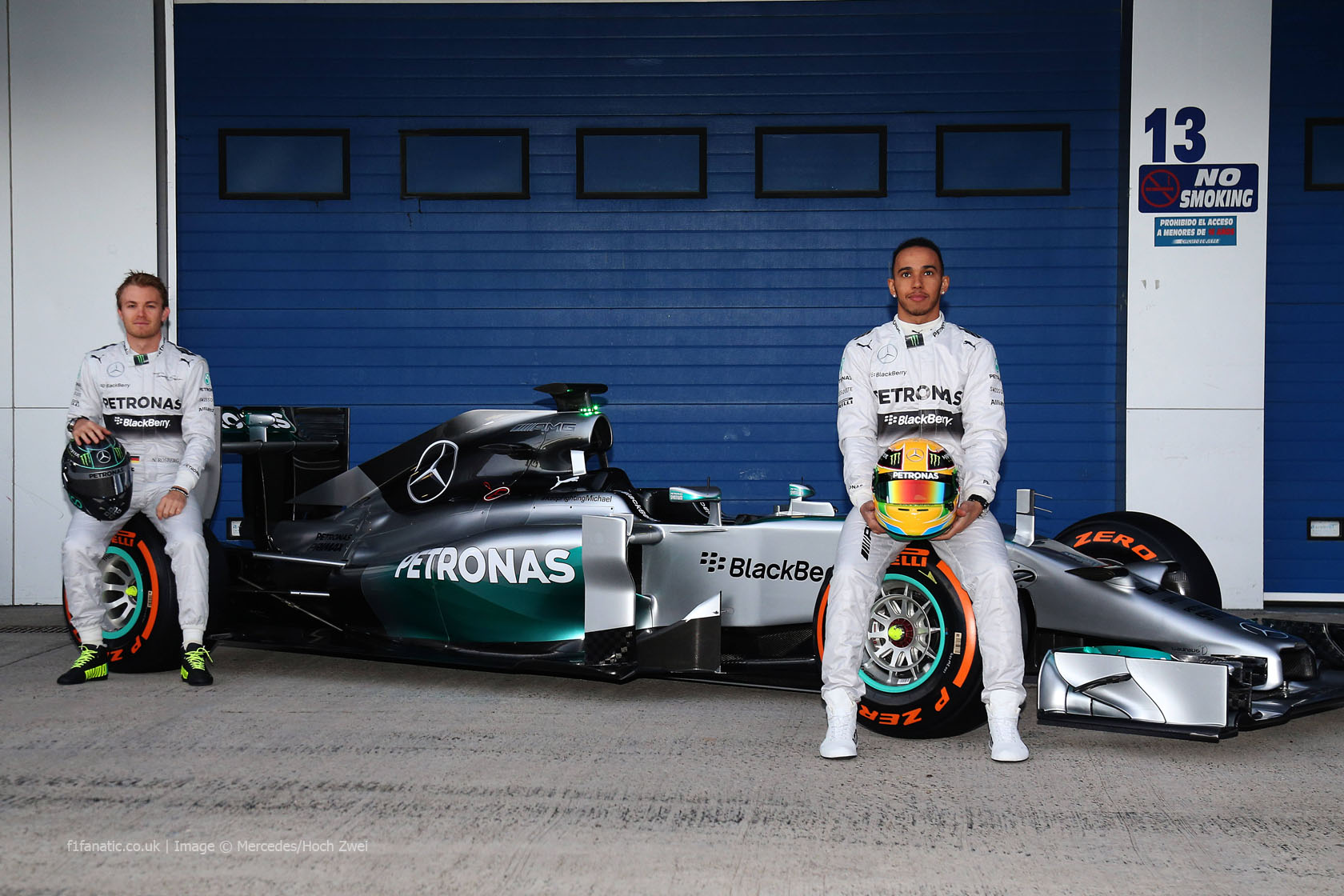 The Mercedes W05 has broken cover – here are the first pictures of Lewis Hamilton and Nico Rosberg’s car for 2014.

Executive director of business Toto Wolff said car and its new V6 turbo engine was “the result of several years of intense effort”.

“But we know that the adventure has only just begun. We have a busy winter testing period ahead of us and a long season where both performance and reliability will be critically important.”

Paddy Lowe, the team’s executive director of technical, said the new engines represent “the biggest change in packaging in Formula One for many years”.

“There is a lot more equipment to cool: more hybrid systems plus the intercooler for the charge air from the turbocharger. That has both a packaging and an aerodynamic dimension.”

“With the introduction of a turbocharger, managing the heat around the exhaust system is important for both car integrity and also for performance,” he added. “If losses can be minimised in the primaries between the engine block and turbo, that is energy that can be recovered and used for car performance.”

Weight is also a significant concern, as Lowe explained. “Although the minimum weight has been raised to 691kg, it is far more difficult to achieve than last year’s target because of the extra equipment in the power unit and its associated systems, plus the cooling demand and the new, heavier side impact structures prescribed by the FIA.”