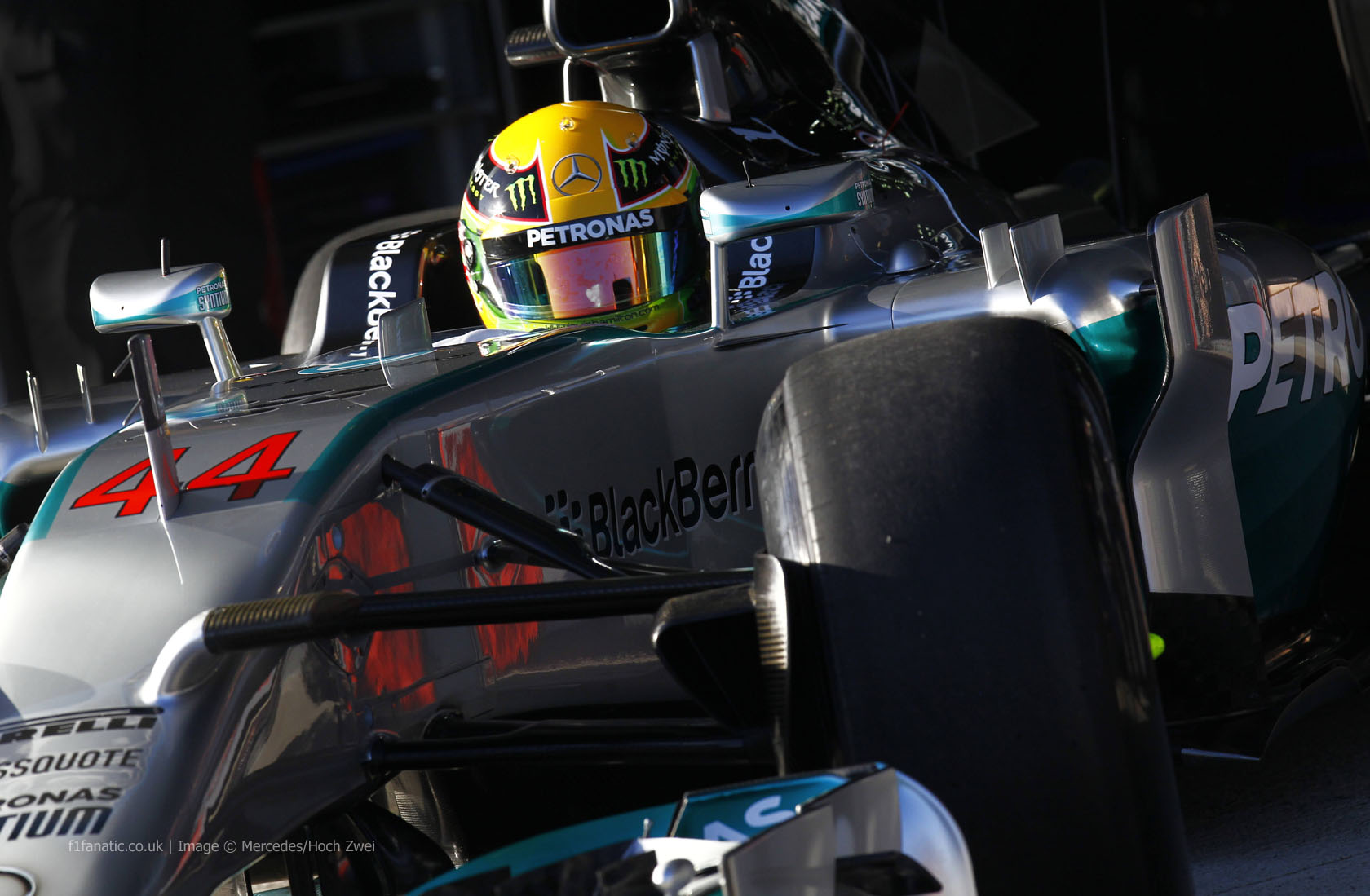 Mercedes have published an interactive 360-degree view of their W05 in action.

The video above of Nico Rosberg driving the car during a filming day at Silverstone can be rotated through 360 degrees while it is playing.

This is the first time such a video has been made using a current-year Formula One car. A similar video of Sebastien Buemi driving a Red Bull in Norway was released in 2012.

Click on the video to begin playback. You may notice a pause before playback begins depending on your connection speed.