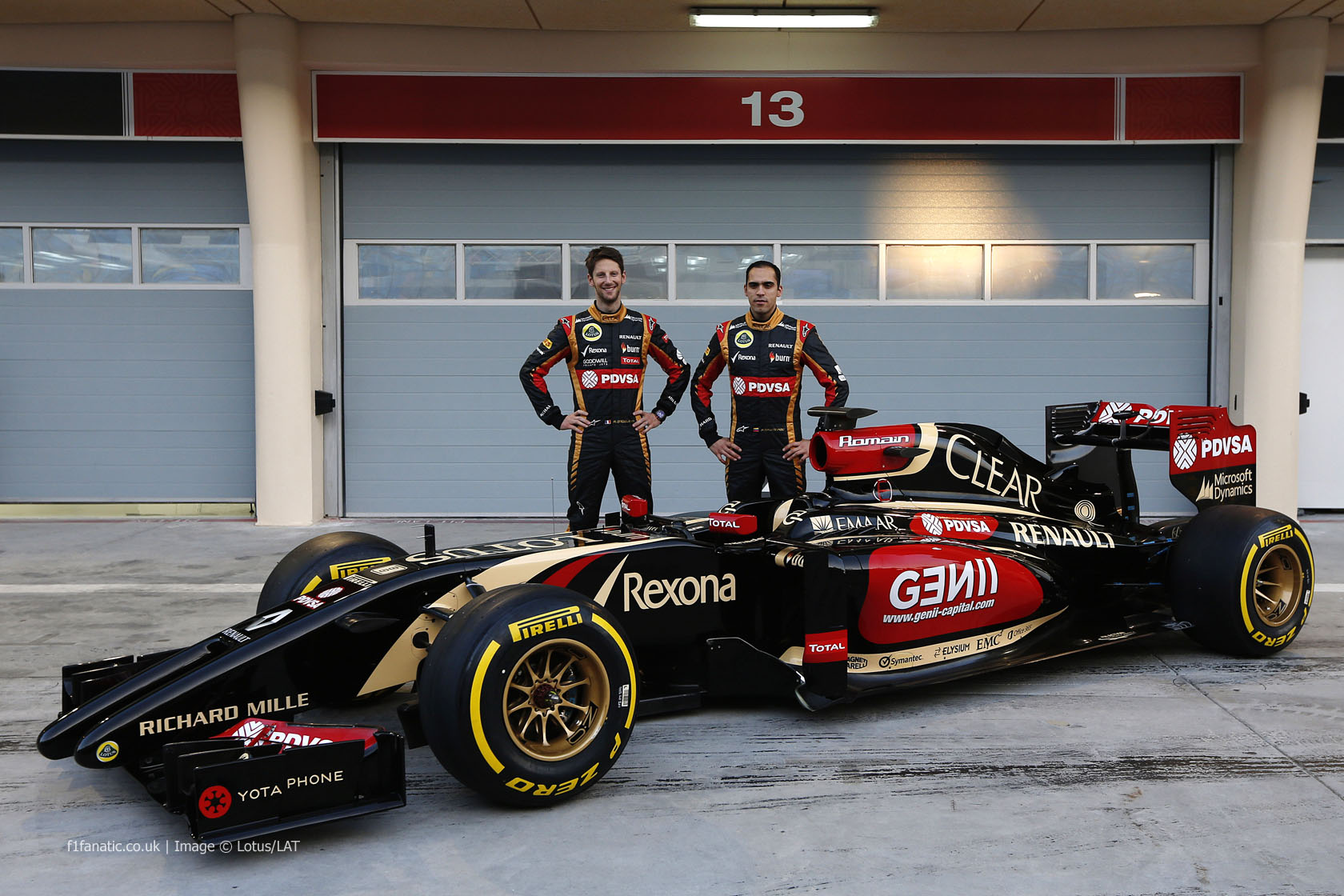 The FIA is satisfied with Lotus’s interpretation of the rules with the striking two-pronged nose which features on their new E22.

Technical director Nick Chester said there were no legality concerns about the team’s unique approach to the regulations.

“The nose certainly is quite interesting,” he said after the car ran in public for the first time in Bahrain. “We think it’s a nice solution and it’s quite innovative.”

“Naturally, as with any interpretation of new regulations, we’ve talked with the FIA to ensure that they are happy with the design. It’s nice to have something a little bit different and we’re happy with our path having seen what everyone else is doing with their cars in this area.”

Chester described the whole car as “an elegant solution for the 2014 regulations”. He said the radical change in regulations had led to the creation of a “completely new” car.

“There’s very little which could be carried across from previous cars. That said, in certain areas we’ve been able to follow the same philosophies such as in our approach to aerodynamics and suspension, where lessons learnt with previous cars have been highly relevant.”

Chester took over from James Allison as technical director last year. Lotus were the last team to put their 2014 car on-track but he remains confident about their new racer.

“Already Mercedes and Red Bull have interesting aspects to their cars, but looking at the E22 after seeing everyone else’s interpretations, we’re still very pleased with the direction we’ve taken and the hard work of everyone at Enstone really has created an elegant car.”

Former Caterham driver Charles Pic appeared alongside Lotus’s race drivers Romain Grosjean and Pastor Maldonado at a presentation of the E22 in Bahrain, though the team has not yet confirmed whether he has taken up a role as test driver.