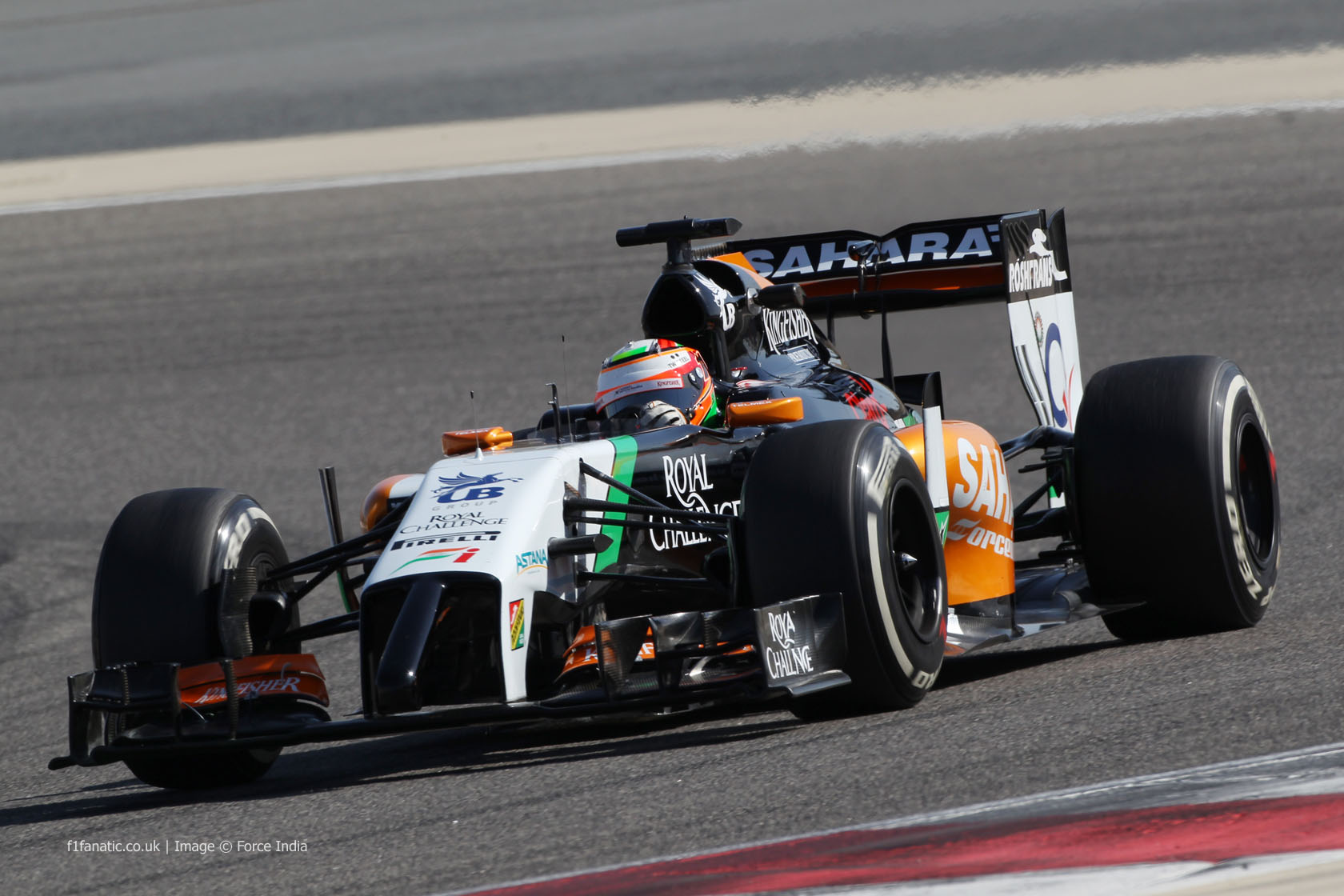 In the round-up: Robert Fernley of Mercedes’ engine customers Force India believes the manufacturer only has a slight lead over its rivals and doesn’t expect it to last.

Deputy team principal Robert Fernley: “It looks at the moment that Mercedes have a slight lead – but that will change – it’s only a matter of time.”

“There is still a lot of pace to be found from the E22. We’re working with Renault Sport F1 on the operation of the power unit, we only ran the power unit at representative power levels during the last day of the test and there is more time to come from optimising power delivery and allowing the drivers more time to get used to it. We haven’t started looking at car setup yet which will unlock more performance.”

John Booth: “It started off with the first disaster, which was a computer Trojan-type virus in the racks, which cost us the best part of the day.”

“One media delegate still has nightmares about not informing news outlets about the place of Jarno Trulli, who had climbed one in the middle of the starting grid as a result of a penalty to another driver. It was barely worthy of dissemination, and definitely unworthy of Ecclestone’s time, but he wanted it recording and busied himself to make sure it was.”

“I fail to see how talking to us about the significant ups and downs of this long hard process damages Michael’s privacy or makes Corinna [Schumacher] and the kids’ journey more difficult. I cannot possibly understand the reasons for any of this. I’ve said it before, and I’ll repeat it. This is totally unfair to the people who made Michael [Schumacher] the celebrity he is.”

Power and the girl racers (ESPN)

“While signing individual female drivers with racing experience and a decent profile is no bad thing – providing the women in question merit their positions, and haven’t been drafted in as a box-ticking PR measure – the most interesting piece of news concerning women in motorsport in the past week actually came from Qatar.”

“When I ran the F1 business at Cosworth, our standard durability test for a V8 was 3000kms; this gave us 800kms more than was absolutely required by our teams, and so provided a high level of assurance. Under the new regulations the plan would have been a durability test of, say, 4500kms; a mileage not yet reached by all of the Renault-powered teams combined.”

“‘We’re making between 800 and 900 parts a month this way,’ says Ian Prince, rapid prototyping manager at Caterham, the Malaysian-owned F1 team based in the UK.”

Very proud to be a part of @WilliamsF1Team again this season. Time to start building the neck muscles back up. :-)

Very pleased with the latest additions to the #F1 Fanatic library. But which to read first? #Moss #Fangio #Nuvolari pic.twitter.com/vUUS9Czlrj

Susie Wolff’s chance to drive in two practice sessions for Williams elicited the full range of responses from readers, from those who were strongly critical to those like @Timi who cheered the news:

And to the people saying she’s only driving because she’s a woman… You might be right, but you might be wrong. I say, who cares really? The first female to drive in an F1 race weekend in 22 years? Sorry but that is incredible. Both incredibly embarrassing, and incredibly good as a milestone or landmark, if you will.

I’m all for positive discrimination. Especially when it’s pretty much a non-point/only affects the other Williams drivers. Empowering women (not to mention boosting F1′s world profile) is a great great thing that should be encouraged. This is a great day, and hopefully it will lead to top-rate female talent coming through different racing disciplines and finally ending up in F1, on merit.

Congratulations Susie Wolff! Drive the hell out of that car!
@Timi

Francois Cevert was born on this day in 1944. He scored a single win at Watkins Glen in 1972, and no doubt would have had many more had he not been killed at the same circuit one year later.

Jean-Eric Vergne wore a special helmet in tribute to him at the Monaco Grand Prix last year.

Birthday wishes are also due to FIA president Jean Todt who is 68 today.