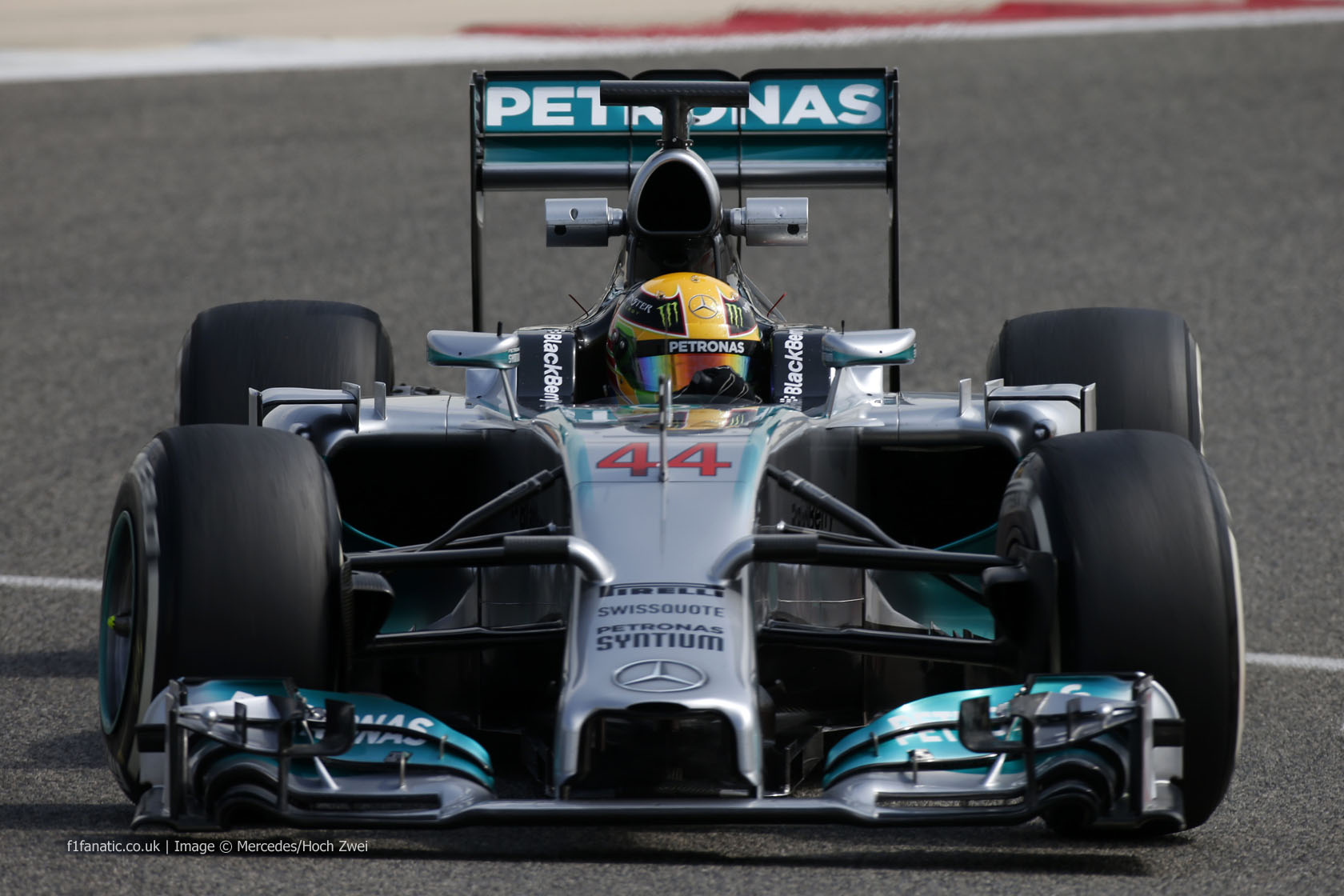 Lewis Hamilton was quickest on the final day of testing in Bahrain but narrowly failed to beat the best time seen during the eight days of running at the track.

The Mercedes driver set a best time of 1’33.278 in the final minutes of the session, falling short of beating Felipe Massa’s mark yesterday by two-hundredths of a second.

Valtteri Bottas was on driving duties today for Williams and was second-quickest, seven tenths of a second down on Hamilton.

The final day of pre-season testing was repeatedly interrupted by no fewer than eight red flags, though a 25-minute extension to the scheduled duration gave some of the teams a chance to conduct extra running.

However several other teams had already ended their participation by then. Among them were Lotus, who caused two of the red flags, the second when Romain Grosjean’s car came to a stop on track with flames licking from the rear.

Fernando Alonso also came to a stop before the end of the session having previously set the third-quickest time in his Ferrari, one second off Hamilton’s pace.

The Mercedes driver missed almost four hours of running as for the second day running the team began the session effecting a major repair on the W05. This time it was a gearbox glitch.

Following yesterday’s unproductive test Sebastian Vettel managed a healthy 77 laps in the Red Bull RB10. However he did cause one of the day’s red flags when a “front end mechanical problem” brought him to a stop at turn one, facing the wrong way down the track.

Sauber also had a poor day yesterday but bounced back in style/ With Adrian Sutil and Esteban Gutierrez sharing the C33 for the day they completed 177 laps between them – more than three race distances.

The team also caused the final red flag of the day as they conducted a “fuel system check”, which normally consists of running the car until it is completely out of fuel.

Caterham also logged over 100 laps but Marussia were badly delayed by a series of electrical problems which confined the team to their garage for much of the morning. Williams and McLaren were responsible for a red flag each as they logged high mileage on their Mercedes power units.

Quickest lap time by each team: