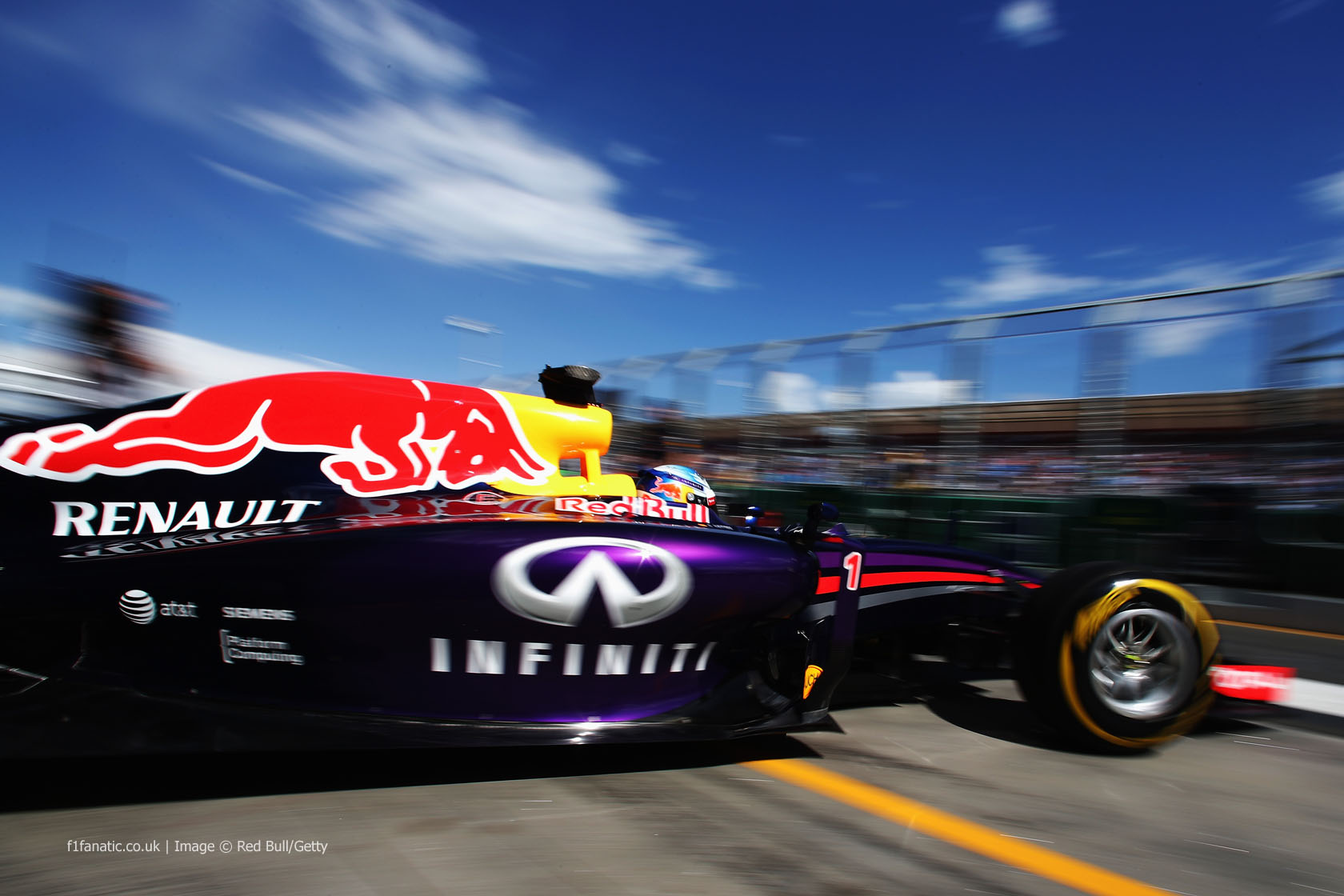 Sebastian Vettel’s qualifying performance was impaired by a software problem on his car, Red Bull have confirmed.

Vettel was knocked out in the second phase of qualifying having been 2.4 seconds off new team mate Daniel Ricciardo’s pace.

A faulty sensor was later found to have contributed to Vettel’s problem. Team principal Christian Horner said: “It was unlucky for Seb.”

“His engine software meant he was down on power with extremely poor drivability and we need to understand that, as it compromised his qualifying.”

Despite his difficulties Vettel said the team have “made a big step forward with the car”.

“I think the car is quick, but we struggled this afternoon with drivability which, in these conditions, made it even worse.

“The car seems good and Daniel did a very good job to be on the front row, so congratulations to him. It’s going to be a long race tomorrow and reliability will be the most important thing to make it to the flag, but I think there will be lots of opportunities for us.”