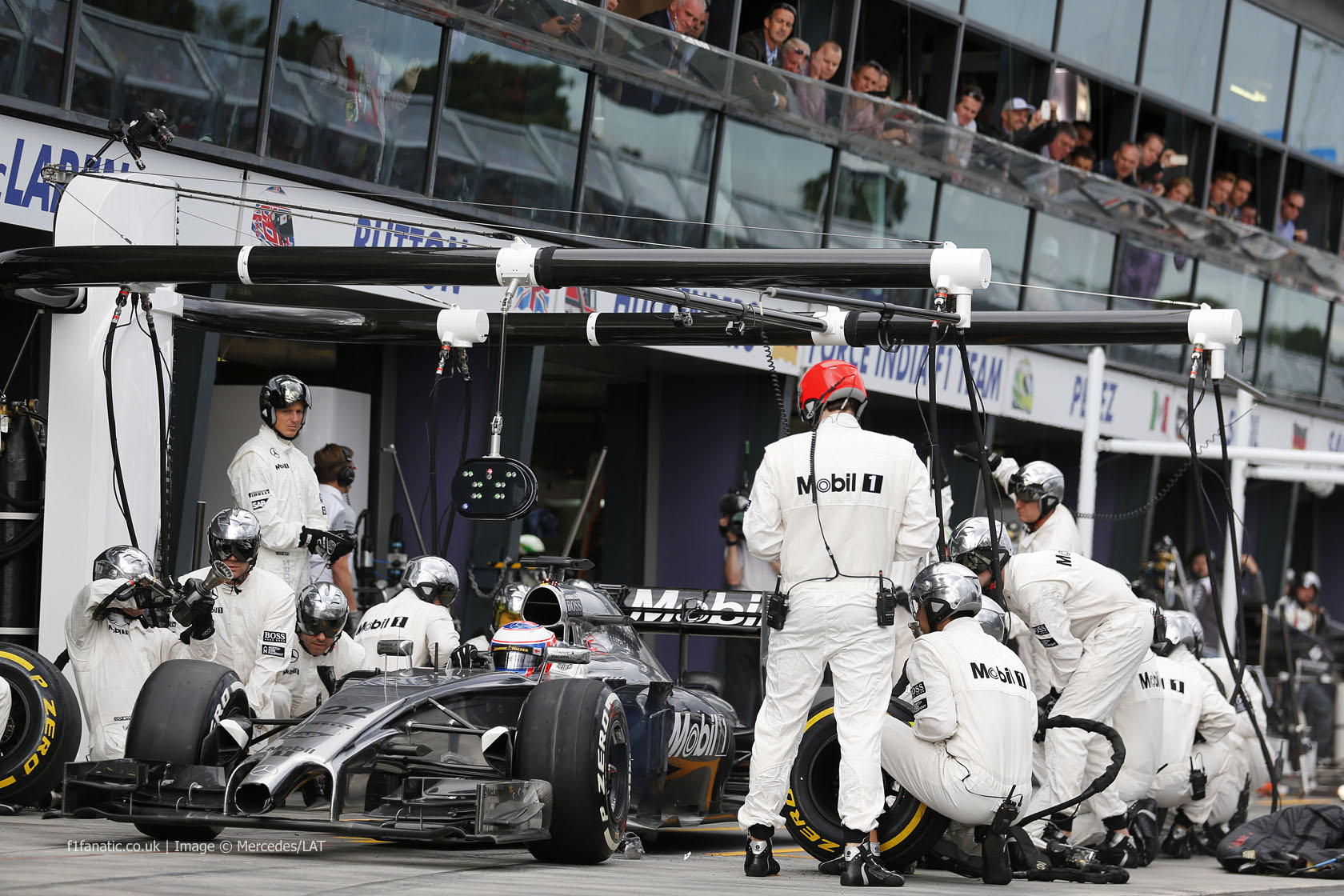 Tyre strategy took a back seat in the first race of the season as engines and reliability became the centre of interest.

The new qualifying rules regarding tyres didn’t even have a significant bearing on the race, due to the rain which fell on Saturday.

Last year most drivers made three pits stops but Kimi Raikkonen claimed victory by only coming in twice. This time two-stop strategies were the norm as expected.

However most drivers made their stops early to coincide with the Safety Car. Jenson Button played a blinder at this point, reacting immediately to the first sight of the Safety Car board and getting in a lap before his rivals, making up some time.

He picked up more places at has last pit stop, coming in early to undercut Fernando Alonso and Nico Hulkenberg, He managed this despite Alonso enjoyed the second-fastest pit stop of the race at this point.

Ferrari set the two quickest pit stop times of the race, having a more successful day in the pits then they did on the track.

Adrian Sutil was the only driver who made a single stop as Sauber once again seem to have a car which treats its tyres more delicately than his rivals. It didn’t help him into the points, however.