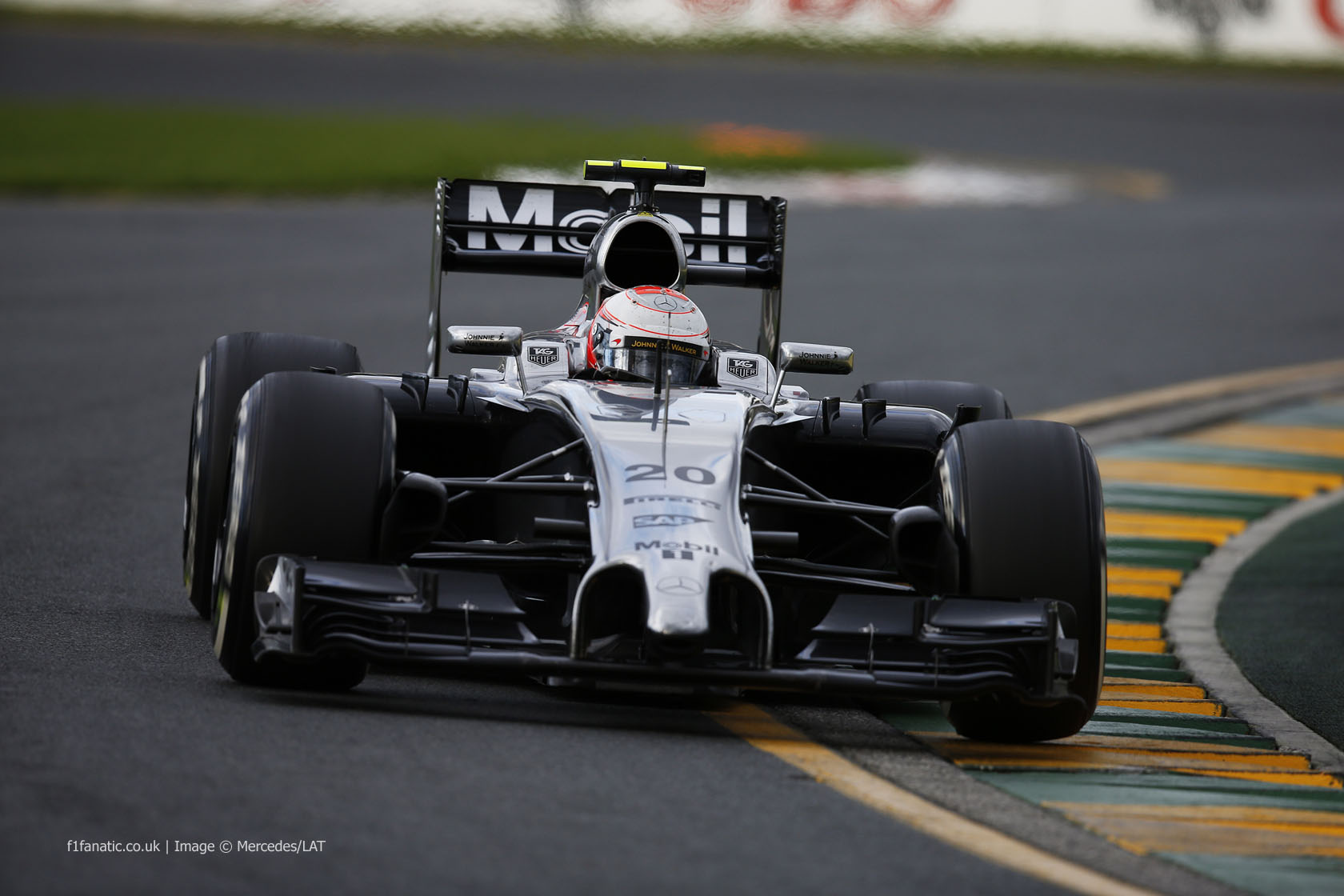 McLaren racing director Eric Boullier says they aim to cut the performance deficit to their rivals by the fifth round of the season in Spain in May.

McLaren head the constructors’ championship following the first race of the season but were not the fastest cars on the track in Melbourne last week.

Nico Rosberg won the race for Mercedes and appeared to have a significant amount of performance in hand.

“It’s true that in their car they have some pace,” said Boullier. “We believe it’s maybe between half a second and three-quarters of a seconds faster than the rest of the field.”

Boullier said McLaren had prioritised building “a solid and reliable car” in winter testing. “We believed that reliability was key to take some big points at the beginning of the season.”

However Boulleir said there are teams besides Mercedes that McLaren has to catch up on: “It’s true that we are now pushing very aggressively on the performance development.”

“We need to catch up the gap with Mercedes and also some others because some other teams have not performed well so far but they clearly have, once the power unit will be delivering the full power, they will be also very fast.

“And I think the target for us the target is to catch up by Barcelona, the build-up of the first few races in Europe.”