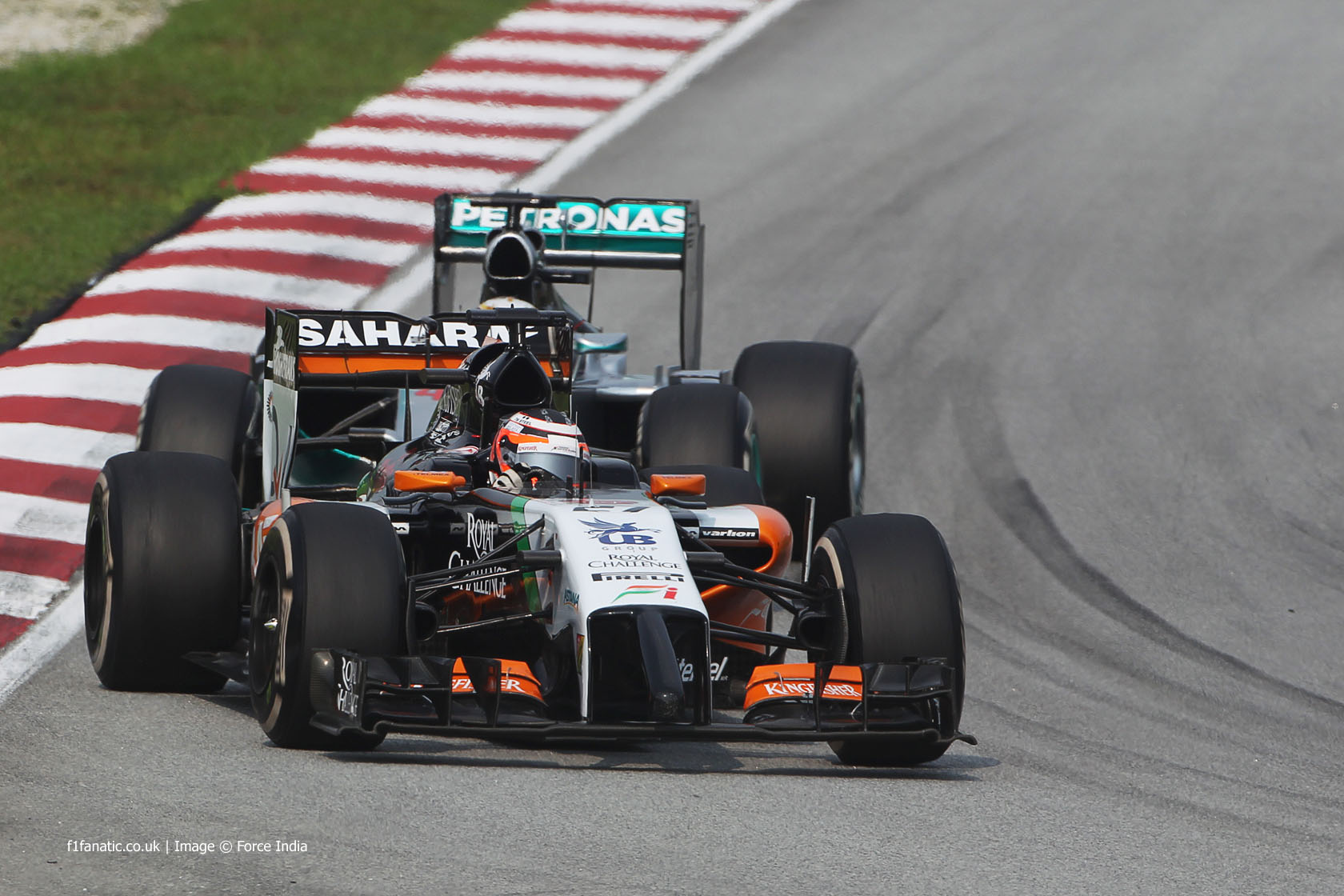 Which is the quickest of Mercedes’ customer teams? Malaysia gave cause to believe it’s not McLaren or Williams, but Force India.

As in Australia Nico Hulkenberg got his VJM07 in among the front runners – and proved a thorn in Fernando Alonso’s side.

Hulkenberg even briefly led the race on lap 16 after Lewis Hamilton made his first pit stop. But as the Mercedes driver passed him on his out-lap Hulkenberg did not officially lead a lap.

He only lost fifth place to the Ferrari with four laps to go following a tactical gamble by Alonso’s team. Ferrari got his stint on the hard tyres out of the way early, leaving him on mediums at the end, allowing him to attack – an approach that could have left him at a disadvantage had rain appeared at the end of the race, as some teams feared.

In another similarity with Australia, while Hulkenberg was clear of the pursuing midfield pack his team mate was out of contention. On this occasion Sergio Perez failed even to start the race following gear change problems on his installation lap.

The race chart below also reveals how well Daniil Kvyat did to hold Romain Grosjean and Kimi Raikkonen back to take the final point, though it shuold be noted both his rivals were coping with damage to their cars.