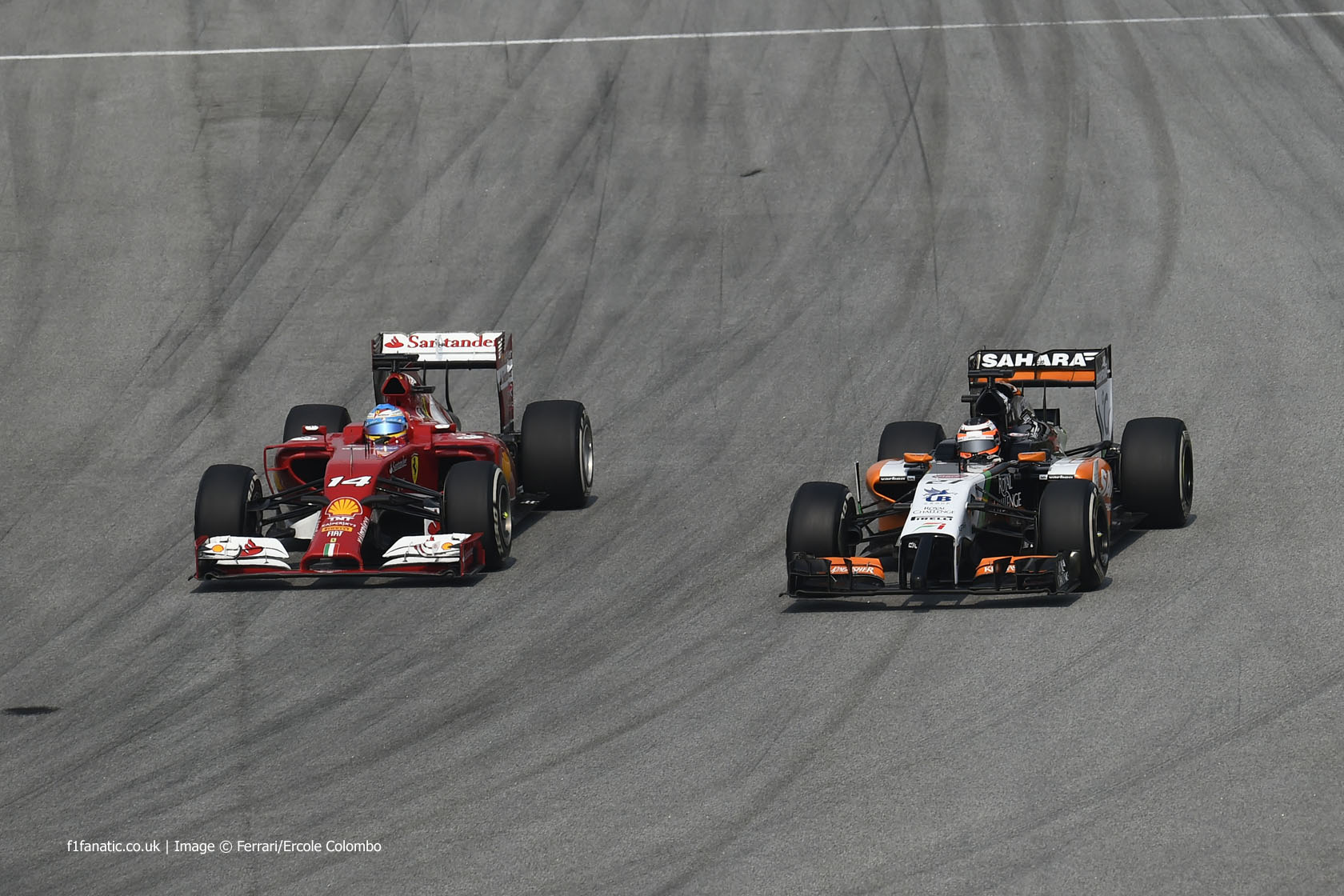 After yesterday’s downpour there was no significant rainfall during today’s race. But the threat of rain did shape the outcome of the grand prix.

As the hard compound tyre was considerably slower than the medium teams postponed using it until their final, shortest stint. This also meant that if rain arrived during the race they might be able to avoid using it entirely.

However Fernando Alonso got his hard tyre stint out of the way early and was able to drive an attacking final stint. He could have reaped even greater dividends from this had a late-race Safety Car brought him within range of the cars ahead.

While most drivers elected for three-stop strategies in Malaysia, Nico Hulkenberg was an exception in the Force India. But that meant running a long final stint on the hard tyres.

It left him up to two seconds per lap slower than Alonso on track, and though he tried to resist the Ferrari in DRS-era Formula One it was always going to be unlikely that he could hold on to his track advantage.

It also helped Alonso’s cause that, as in Australia, Ferrari were the fastest team in the pits. But a disastrous 109-second pit stop was the beginning of Daniel Ricciardo’s downfall and he will continue to pay a price for it at the next round, where he has a ten-place grid penalty for being released unsafely from the pits.