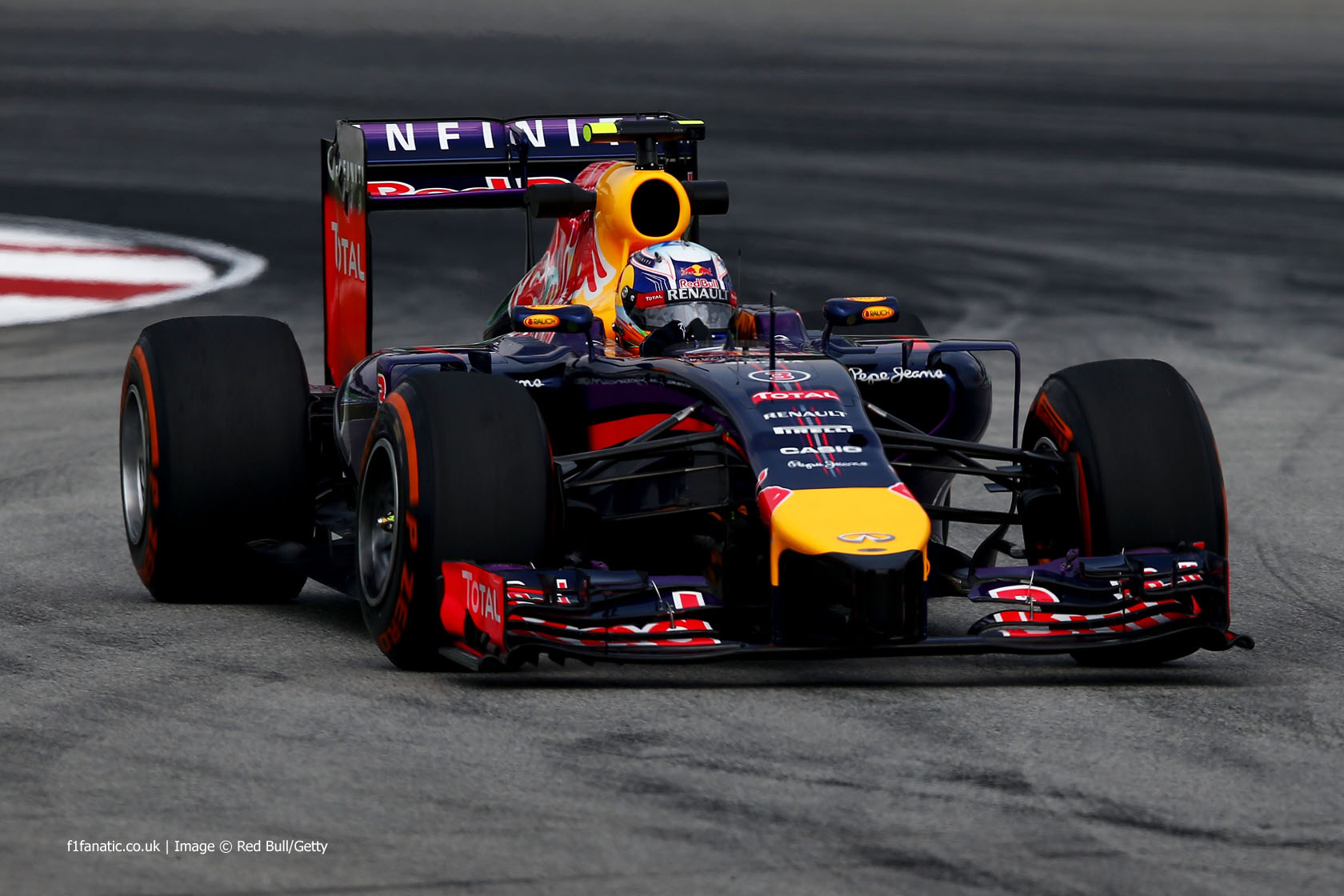 The RB10s were the slowest cars through the speed trap in qualifying in Malaysia – over 12kph down on the Mercedes – which Ricciardo said will hold them back more at some tracks than others.

“We know we’re a little bit down on straight-line speed and that really hurts somewhere like Sepang,” said Ricciardo in an interview.

“Though through sector two [the twisty section] we were strong all weekend and on the pace of the Mercs. We’ll see how Bahrain treats us but once we get to China and – even better – Barcelona, I think we can really take the fight to them.”

Ricciardo’s race was spoiled by an incident at his third pit stop where he was sent from the box before his front-left wheel had been fitted properly.

“I got the green light and went,” he explained. “I’ve watched the video and it’s clear that as soon as I started to move, the guys knew the wheel wasn’t on.”

“The team have the best pit stops in the paddock so it’s pretty rare for something like that to happen but it does and it’s just one of those things.”

Earlier in the race Ricciardo was advised by race engineer Simon Rennie to drop back from team mate Sebastian Vettel to look after his tyres. Ricciardo wasn’t receptive to the suggestion at the time, saying he wanted to keep in touch in case he had the chance to gain a position.

“If something’s going on I want to be a part of it,” he said on the radio. “I’ll be sensible with the tyres but I won’t lose any unnecessary time.”

Ricciardo explained his position afterwards: “My engineer was keen for me to look after the tyres. At that time it wasn’t completely decided if we were two or three-stopping so the idea had merit.”

“But I didn’t think I was killing the tyres and I was happy with my pace. I didn’t want to break my rhythm as that can cause problems of its own.

“I could also see the Merc ahead wasn’t escaping and it looked like Seb was catching Nico Rosberg. I didn’t want to miss an opportunity if they got into a battle.”

71 comments on “Red Bull ‘can fight Mercedes on slower tracks’”