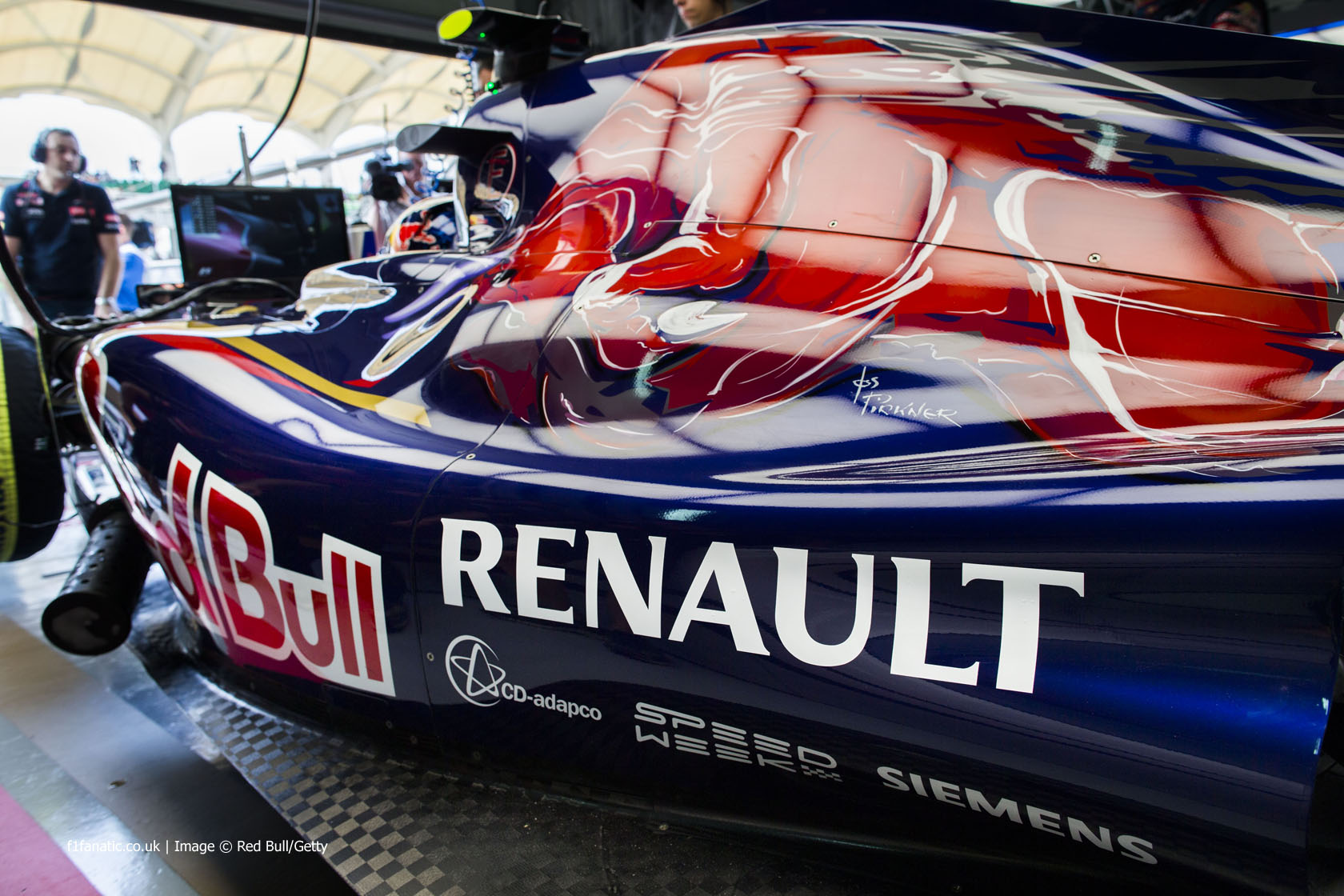 A big month ahead, behind the scenes in Formula 1 (James Allen on F1)

“From a simple raising of the engines’ decibel level, to more radical ideas like shortening the races and abandoning the controversial fuel flow meters, it seems that discussions held so far will channel into a significant meeting of teams, FOM and FIA, a gathering of the F1 Strategy Group to frame a new policy and then possible ratifications of any changes at the next FIA World Motor Sport Council meeting on April 11.”

Renault head of track operations Remi Taffin: “There’s nothing you can do with exhaust profiling because again you’ve got both exhaust pipes running into the same tailpipe after it has run through the turbo, so it is what it is.”

“We managed last year to secure our deal with Telmex, which was an important step, and now we are taking it step by step. Not so much is visible now, but you can rest assured that a lot is going on in the background and we will hopefully be able to tell the public soon. I hope it will be an easier year than 2013 was.”

“A quick flick through the issue promptly revealed that the headline bore no relation to Schumacher at all, but instead to a number of stories about different individuals who had woken up after a coma.”

“Rosberg was his usual exuberant self but I sense there’s a bit of tension brewing between the two drivers. Obviously one has more points than the other and everyone wants to win every race.”

Richard Burden (Birmingham, Northfield, Labour): “The UK, however, is the home of motor sport not only in Formula 1, but in so many other ways. The national and grass roots series are among the building blocks that make our motor sport and performance engineering industries as world-class as they are.”

P6 in Malaysia, think we got the best out of the car but also know we aren't quick enough. All at MTC working flat out to bring upgrades 👍

Does it matter if F1 cars are six seconds slower than they were nine years ago? Not everyone thinks so:

I don’t care if the lap times are slower.

Drivers fighting their cars is much more entertaining than the previous formula where drivers just put their foot to the floor and they remained glued to the track.
Steven (@Steevkay)

Mark Webber planted his Red Bull on pole position for the Malaysian Grand Prix with a superb lap using intermediate tyres on a very wet track today in 2010:

143 comments on “Shorter races to be considered as noise fix”