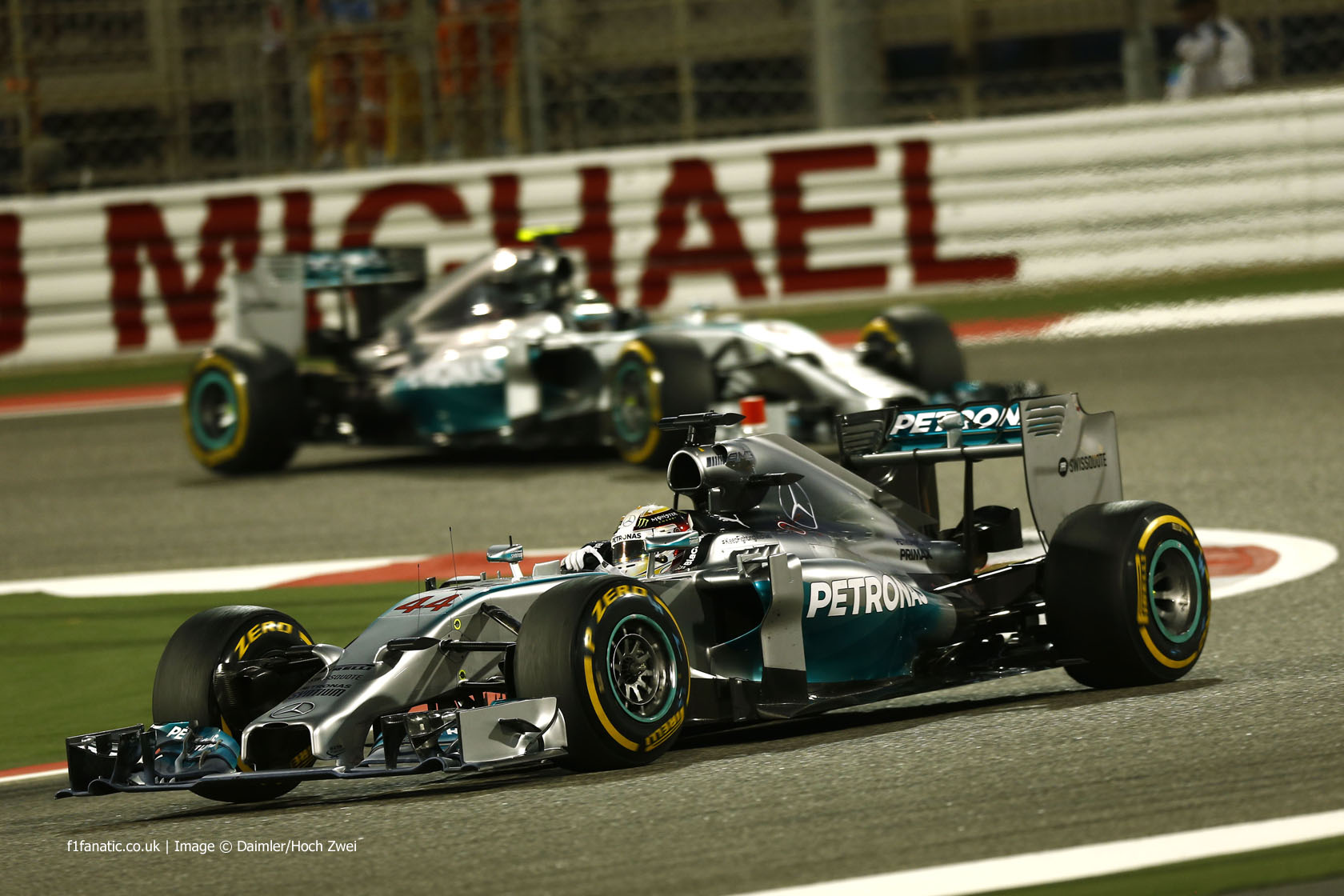 Lewis Hamilton said he expected Nico Rosberg would be able to pass at the end of the Bahrain Grand Prix when his team mate was on the softer tyres.

Rosberg made several moves on Hamilton in the final dozen laps and passed his team mate more than once, but Hamilton got back ahead each time.

“When you do allow him to go past, obviously you don’t plan him to come past but you have to calculate how you get back,” said Hamilton to reporters after the race. “Every time I did it perfect and I was really, really happy to enable that.”

“He had the [soft] tyre so I thought he was coming by at some point but that last couple of laps I was able to hold onto it.”

“It was killer. It was to the max, like, the hardest thing,” said Hamilton about their battle, which began earlier in the race before the first pit stops.

“There’s like six-and-a-bit tenths [difference] on the tyres. When he was on the medium and I was on the [soft] I didn’t really have a great pace.”

Hamilton said Rosberg had been the quicker of the two drivers since yesterday. “Generally this weekend, since qualifying, I’ve really struggled.”

“Particularly in qualifying I had an issue with my braking system which was changed before the race. I thought maybe that would give me a little bit more time but I really struggled during the race.”

“At the end when the Safety Car came out I had a 9.5 second lead and I was thinking ‘OK, hopefully this is enough’. But jeez, he was so quick at the end and to try and stay ahead of him in the DRS zones was so hard. When I came across the line my heart was so relived.”

66 comments on “Hamilton thought Rosberg would pass him”