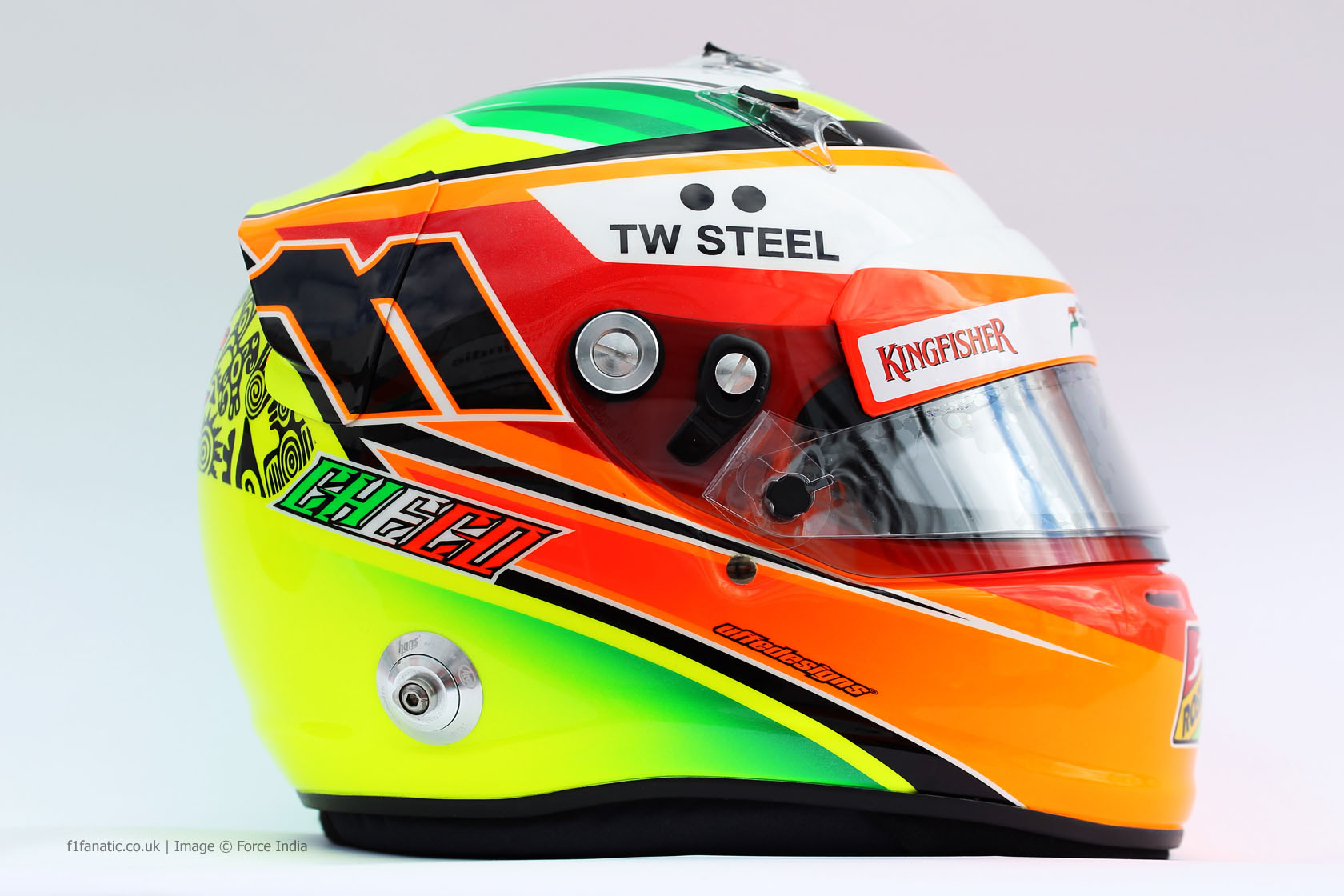 More and more drivers seem to change their helmet design after each race, let alone between seasons.

In a change for 2014, each driver has to display the career number each of them has chosen on their helmet so they can be identified more easily.

Here’s what the drivers of 2014 are wearing at the start of the season.

Where better to start than the driver who has made regular changes of helmet design his calling card? Sebastian Vettel has already sported several different styles since the season began.

The new occupant of the second Red Bull tends to stick with the same design.

…while Nico Rosberg has a striking black design.

Classic blue and yellow colours for Fernando Alonso as usual.

While Kimi Raikkonen’s red, white and black design is similar to the last one he used at Ferrari in 2009.

As well as this red, white and blue helmet Romain Grosjean also has a white one for the season’s three night races, which appeared for the first time in Bahrain last weekend.

Familiar colours for Pastor Maldonado but a slight reinterpretation of his design from last year.

Jenson Button’s helmet incorporates a Papa Smurf graphic in memory of his father who died in January.

Hulkenberg has a classic, simple helmet we he tends to stick to.

Sergio Perez likes vivid colours and has now added some Force India orange to go with his bright yellow and green design.

Another Mexican driver with a colourful helmet – Esteban Gutierrez has substituted much of the blue on his old style for red and green.

Aside from the darker shade of silver, Adrian Sutil’s has kept his look much the same since switched teams.

The colours of the Russian flag are prominent on Daniil Kvyat’s helmet.

Both Williams drivers have incorporated the stripes of the team’s new title sponsor. They work well on Valtteri Bottas’s helmet…

…but clash somewhat with Felipe Massa’s. Curiously they have orientated their numbers in opposite directions.

A bold change for Kamui Kobayashi on his return to F1 – his previous design was red, purple and white.

Marcus Ericsson may have replaced Charles Pic but his blue and yellow helmet is not that dissimilar to his predecessor’s.

The helmet designs being used by three of this year’s test drivers.