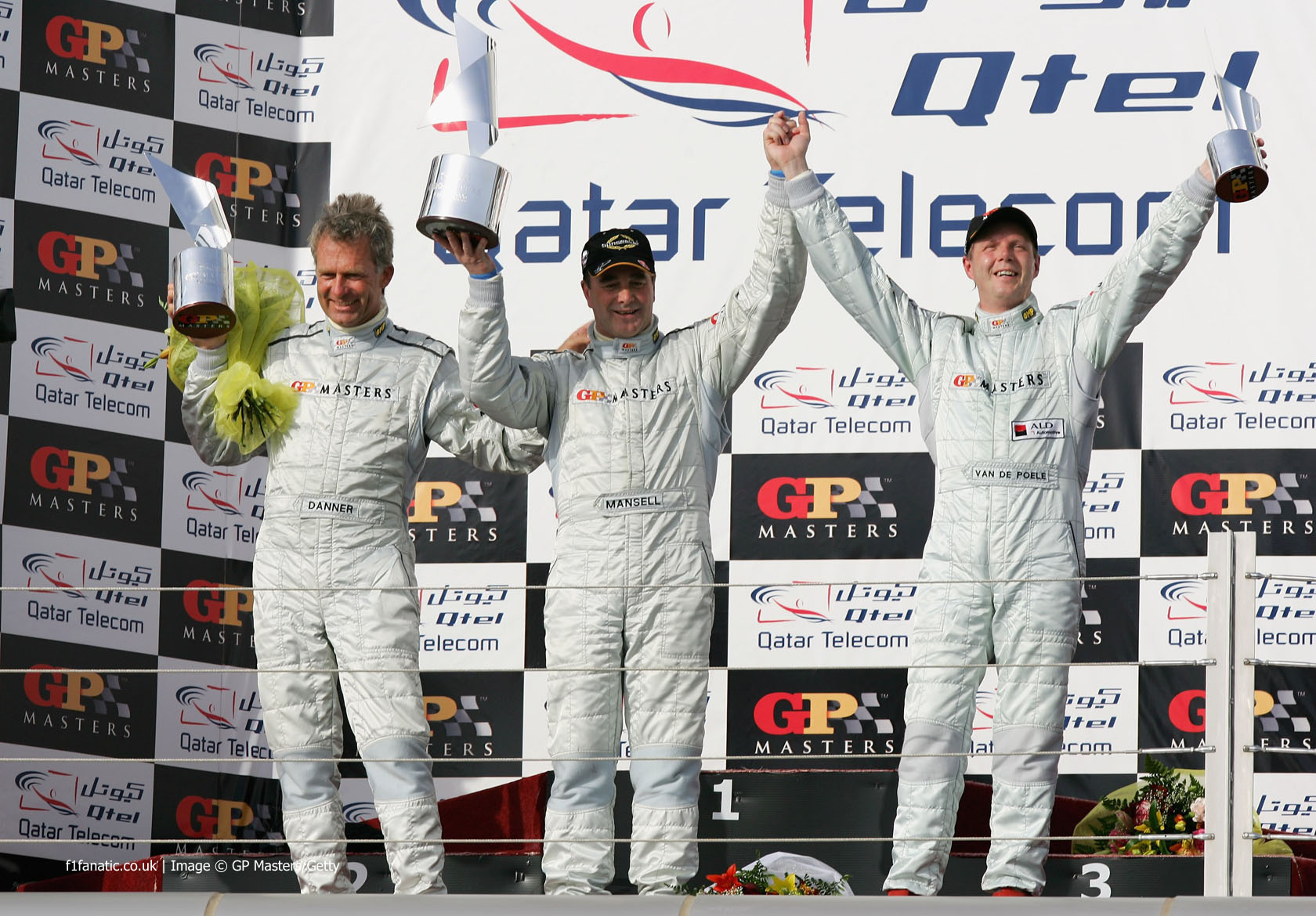 In the round-up: Mercedes’ executive director of technical Paddy Lowe says Lewis Hamilton is back to his best this year.

“The growling engines that Formula One drivers have so vocally missed this season could soon return to the track, but not in the hands of the likes of Lewis Hamilton and Sebastian Vettel. Rather, the roaring V10s would appear in a potential masters series, featuring Nigel Mansell and Nelson Piquet, according to the sport’s chief, Bernie Ecclestone.” “The entire grid would be given an ‘FIA standard active suspension’. Along with a host of other measures it is hoped that would reduce the number of staff needed trackside during race weekends.”

Deputy team principal Bob Fernley: “I think [the failure of the cost cap] shows the frailty in my view of the system as it is today. It [the Strategy Group] is totally unacceptable and we will never change our mind on that.

“We have seen Lewis arrive this season on top of his game. He is fit physically. His mental state is brilliant.”

How about a new idea: fair play (Joe Saward)

The two DRS detection and activation points for Shanghai this year are the same as 12 months ago: http://t.co/1m8ti2q0w5 #F1

There’s a fair bit of scepticism about whether reintroducing active suspension would be good for Formula One:

I didn’t like the active ride when it was in F1 the first time, so don’t want to see it come back in the future.

Active ride is dangerous if/when it fails (ask Alessandro Zanardi) and most of the drivers who ran with it last time hated the way it took away a lot of the feel for what the car was doing.

I also believe it will make the racing worse as you’re going to have car ride, and therefore the downforce it’s producing, optimised for every corner. This makes the cars more predictable which leads to fewer driver errors as the car is no longer upset by bumps or camber as it is today.

The increase in cornering speeds which active ride will allow will also put greater emphasis on aero performance which will again have a negative effect on the racing.

You’re also going to, like last time, potentially have massive disparity between systems which could again, like last time, give one team a massive advantage over the rest. An advantage far greater than what we saw with double diffusers, exhaust blowing and, this year, the Mercedes engine.

The Williams of ’92/’93 for instance was up to two seconds per lap faster than anything else at times in qualifying purely mostly on how much better there active ride system was compared to anyone else.

The lower profile tyre idea I agree with, active ride however I am firmly against!
PeterG