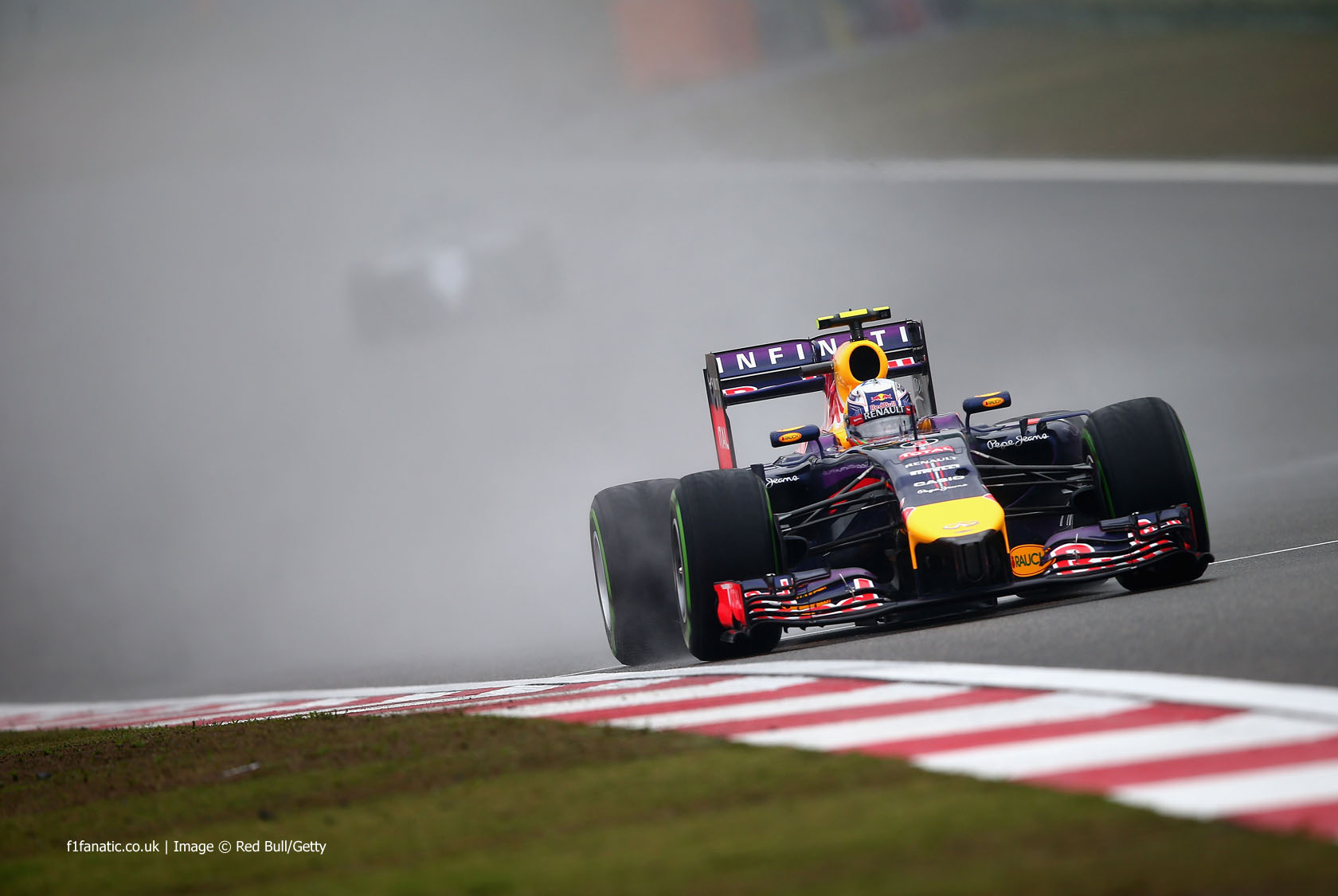 Daniel Ricciardo believes Red Bull are reducing the margin of superiority Mercedes enjoy and may be able to threaten them with their pace in tomorrow’s race.

“I think the long run looks rally promising,” said Ricciardo, who did a competitive stint during yesterday’s second practice session.

“Whether it was good enough to have overtaken them if it was a race situation we don’t know. But it did look like one of out better long runs.”

“It looks like it’s still going to be dry for tomorrow. I think anyway in the dry we still have a pretty good pace. I think the Mercedes are going to be quicker in both conditions as we’ve seen today, I don’t know if Nico [Rosberg] had a problem.

“But I don’t know, I think it’s just for us to get a good start and keep the head down, down the straight, try and get a bit more speed out of it and see how we go.”

Ricciardo will start from the front row of the grid after producing a fast lap at the end of Q3 to beat team mate Sebastian Vettel.

“Yeah it was really, really good,” said Ricciardo. “Really only the last set of tyres at the very end of Q3, managed to pull something out which was nice.”

“The whole session I was not particularly comfortable, wasn’t really getting to grips with the conditions as quickly or as well as I would have liked. But we made a couple of changes for that last run and put everything out there on that last lap so, yeah, happy with that.”

17 comments on “Red Bull “closing the gap” to Mercedes – Ricciardo”