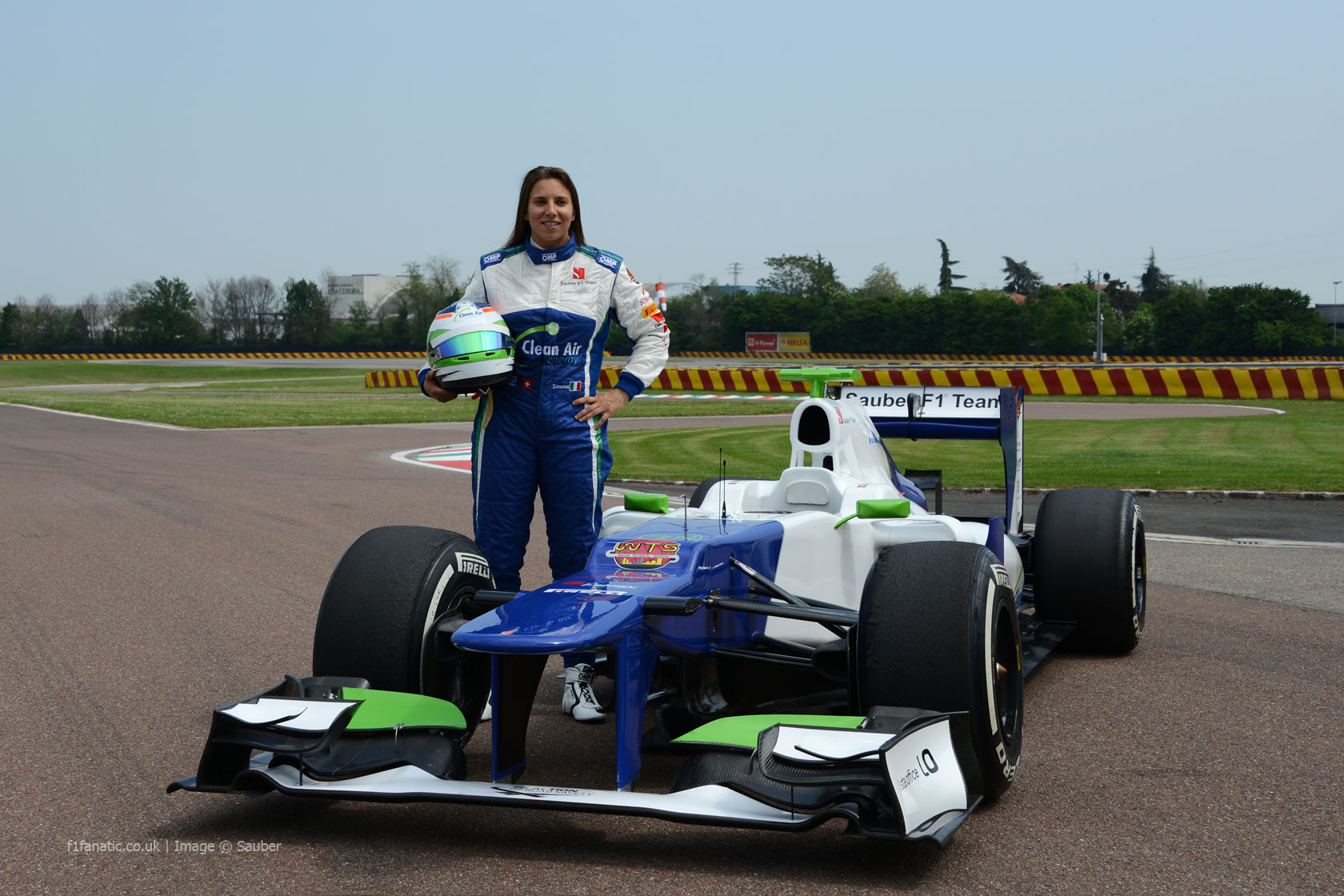 Simona de Silvestro spent her first of two days at the wheel of a Sauber F1 car at the Fiorano circuit today.

The 25-year-old, who spent the last four years racing in IndyCar completed 112 laps at the Italian track.

De Silvestro covered 336km at the wheel of a two-year-old Sauber C31.

“Although it’s something very special to drive a Formula One car, I was not too nervous in the morning,” said de Silvestro.

“What impressed me most was the downforce of the car and the braking,” she added. “When I did my first lap the brakes were cold, but even then the decelaration was beyond what I had experienced before.”

“The g-forces are significantly higher compared to what I was used to in IndyCar. Overall, I’m happy with my first day in a Formula One car.”

The Swiss racer, who was announced as an ‘affiliated driver’ for the team earlier this year, said she was pleased with her physical condition after driving the car for the first time.

“I have been training really hard and this paid off,” she said. “I can’t wait to get into the car again tomorrow. The feeling you get driving a Formula One car is just awesome.”