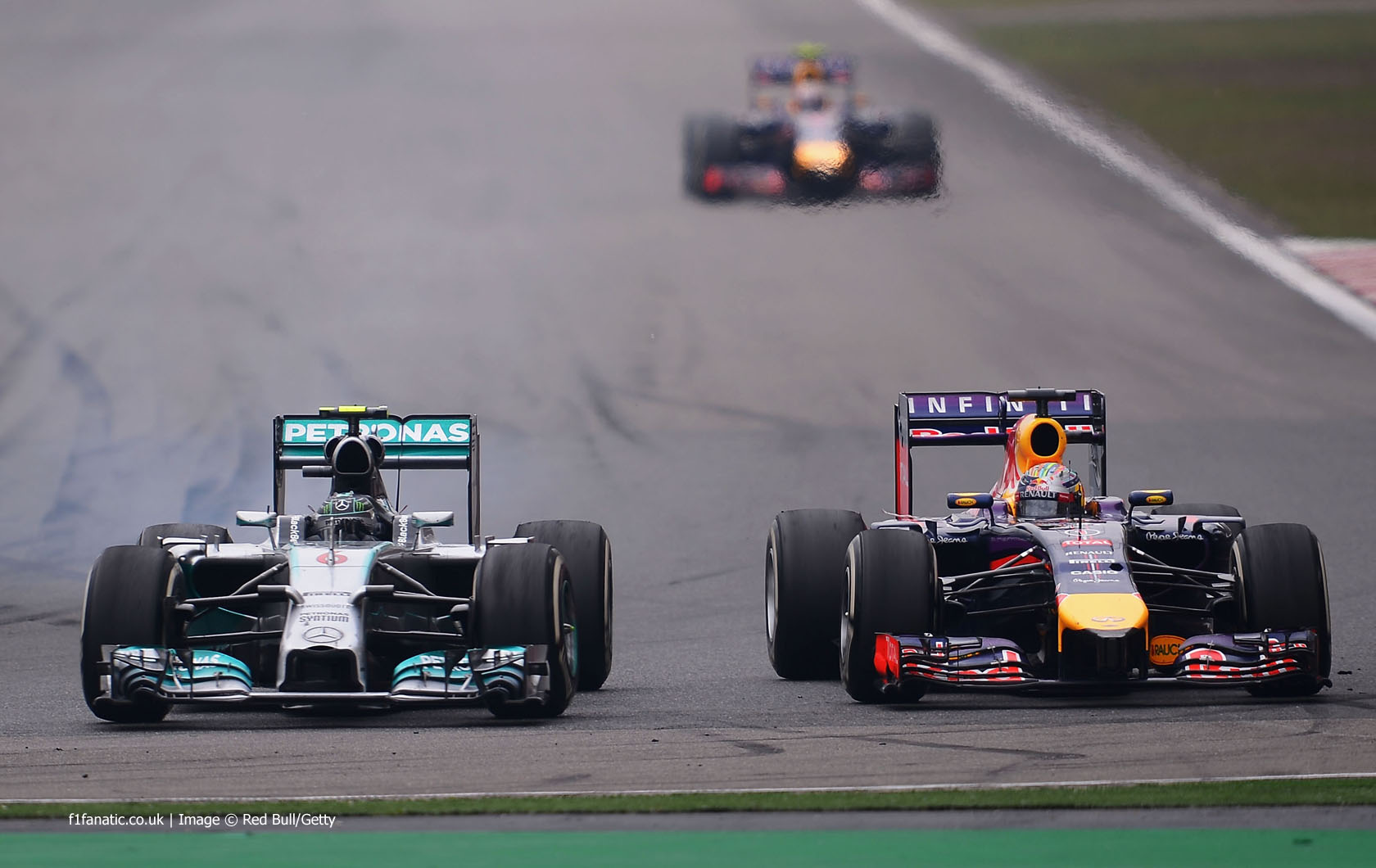 In the round-up: Lewis Hamilton believes Red Bull’s car has the potential to compete with Mercedes.

“I really do think the Red Bulls have as much downforce as us, maybe a little more, so we can still improve.”

Hamilton ready to make his move on Rosberg (Reuters)

“I’m in a good place right now and I’m hoping that this will be the year.”

Nigel Mansell: “He has been close to perfection, just brilliant. He has been given the freedom to express himself.”

“Sebastian [Vettel] will get a new chassis for Barcelona, which was scheduled at the start of the season and then the next one will be for Daniel [Ricciardo] at some time around Silverstone.”

Lotus owner Gerard Lopez: “Two years ago we were told the engines would last longer and be cheaper than what we had – but they are now almost twice as expensive.”

“Californian Tony Settember, who started six Grands Prix in 1962-63, passed away on Sunday at the age of 87.”

Lotus IS and IT director Michael Taylor: “We realised quite early on that we were a long way out with technology from where we needed to be in terms of being very reactive to the business and having a very short cycle time.”

The two DRS detection points and activation zones for the Spanish Grand Prix are in the same places as last year. #F1 pic.twitter.com/55QJuJonyI

VIDEO: Watch @LewisHamilton karting ahead of the #SpanishGP… looks like a comfortable lead for #LH44! #NoSpainNoGain http://t.co/g2Y6xkbBbB

Great to discover Philippe Streiff is on Twitter – follow him here: @StreiffF1. On the podium at Adelaide 1985: http://t.co/lTHFLppmQl #F1

Can IndyCar afford a development war any more than F1 can?

In today’s financial situation, IndyCar would simply walk down the path F1 is heading toward: spending itself to death.

I, too, would love to return to the old days where it’s ‘run what ya brung’ and the engineers were battling as hard as the drivers. But American open wheels is simply trying to remain affordable at this point and try to imagine teams who are scraping by in a spec series attempting not to get left behind in the development wars…

The reverse if what [Gordon] Kirby is asking for would happen: only a few teams would remain as it gets more and more costly to be competitive. All he has to do is look at F1 not having a field bigger than 24 cars in over two decades. Sadly, you can not turn back the clock. What once was will never be recreated.
@Joey-Poey

Gilles Villeneuve was killed in an accident during qualifying for the Belgian Grand Prix on this day in 1982.