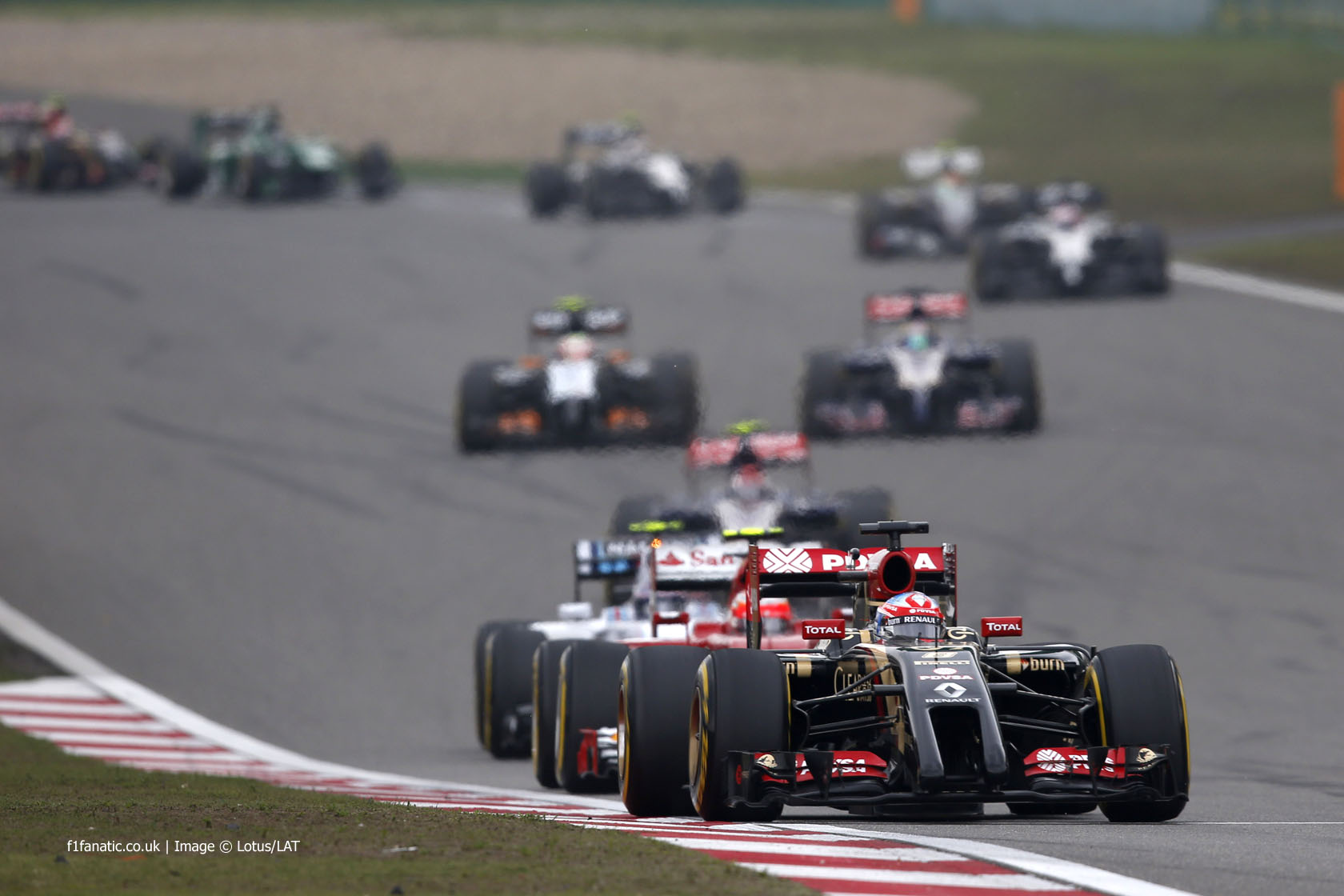 In the round-up: Lotus team chairman Gerard Lopez says his team can compete for a top four position in the championship.

“I think we will now have a normal season, which for us is being able to fight for being the third, fourth team.”

Red Bull sure it will keep Ricciardo (Autosport)

“Daniel is on a long-term contract with the team and it will be highly unlikely he will be anywhere else next year – unless of course Ferrari are chasing him as well.”

“There are four teams that are not in the Strategy Group and why not? Because the people that are have committed to racing in Formula One to 2020 and have put up sensible guarantees if they don’t.”

“What they are doing is fantastic in a way, but has not been very well explained, and that is a problem.”

“My guess is that in 90 percent of cases people know what we are going to choose. There is maybe only one or two small selection decisions that you will have during the year.”

“We did a run and had zero problems for degradation compared to the race. The only difference in the race was traffic, so that’s something we really need to be ready for, especially races where we are going to be stuck behind.”

“I do wonder if he is just cruising. I think he has another gear. He is so focused on the job, I think he will be almost impossible to beat.” Romain Grosjean drove the Renault RE30 which Alain Prost finished second in the championship in 1983 with at a media event at Silverstone to promote the British Grand Prix yesterday. Damon Hill was also reunited with his championship-winning Williams-Renault FW18.

An personal recollection of the 1994 Monaco Grand Prix from @Melkurion:

This race holds a special place in my heart as it was the first Formula One race I ever watched! I was 14 years old, almost 15. I was just zapping and came up on this just ten minutes before the start. I had convince my mum I wasn’t just watching it for the sake of watching TV, but because I genuinely was interested.

I didn’t know about what had happened the race before, the only knowledge I had of F1 at the time came from some old Michael Valiant comics I found in an old stash from my dad a few years earlier.

I was hooked, and a Schumacher fan, straight away and I have missed hardly a race ever since.
@Melkurion

Happy birthday to Rob A!

Ferrari enjoyed a one-two finish at Monaco for the first time 15 years ago today. Michael Schumacher came home half a minute ahead of Eddie Irvine.

Mika Hakkinen joined them on the podium after skidding down an escape road.

Here’s the beginning of the race:

65 comments on “Lotus aiming for top four in championship – Lopez”