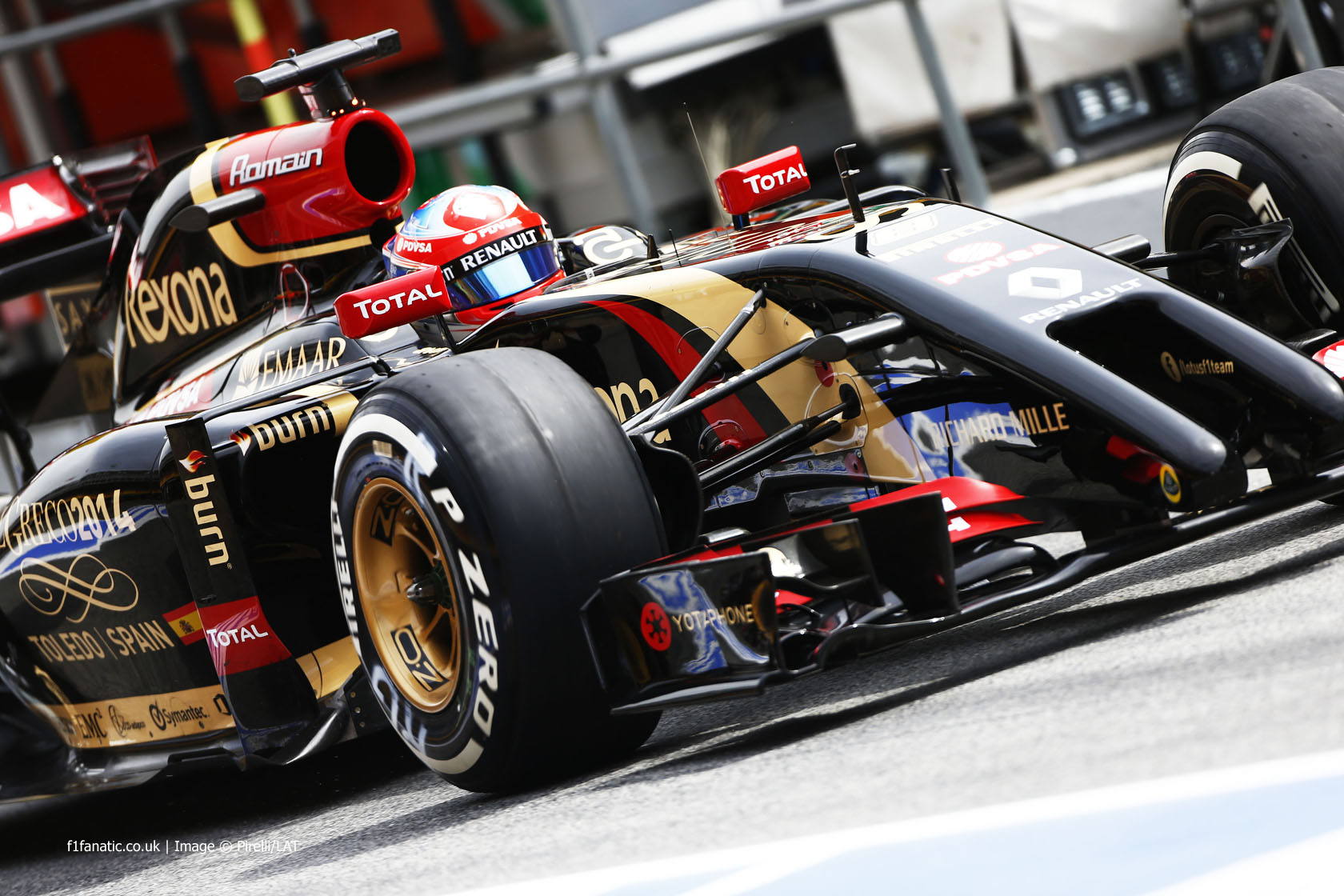 Romain Grosjean believes the new generation of Formula One cars will be particularly tricky to drive at Monaco in next week’s grand prix.

“It will be a challenge,” said Grosjean ahead of the race. “There will be less grip than in the past, so we will have to be careful with the right foot.”

However he expects the track will be less demanding from a point of view of fuel consumption.

“In terms of mapping, torque, energy and fuel saving I actually think it will be easier than most tracks because the race distance is shorter so we shouldn’t have to worry too much.

“Of course we’ll need the best drivability possible around the tricky sections, but the most important thing in Monaco is to trust your car and have confidence in it.”

Having scored Lotus’s first points of the season in Spain on Sunday, Grosjean has mixed views on how competitive their car will be at the next race.

“The emphasis at Monaco is on low speed corners, which is not our greatest strength,” he admitted, “but the team worked with Monaco in mind during the Barcelona test”.

“Bumpy straights and a low grip surface are the other main Monaco characteristics and how well you adapt to them can make or break your weekend. We’ll do our best with set-up and of course Monaco is less engine dependent than most circuits, which is better for us.

“It was nice not only to score points in Barcelona, but also to be fifth on the grid in qualifying – if we can do that again in Monaco it’ll be very good for us.”

26 comments on “New cars a bigger challenge at Monaco – Grosjean”