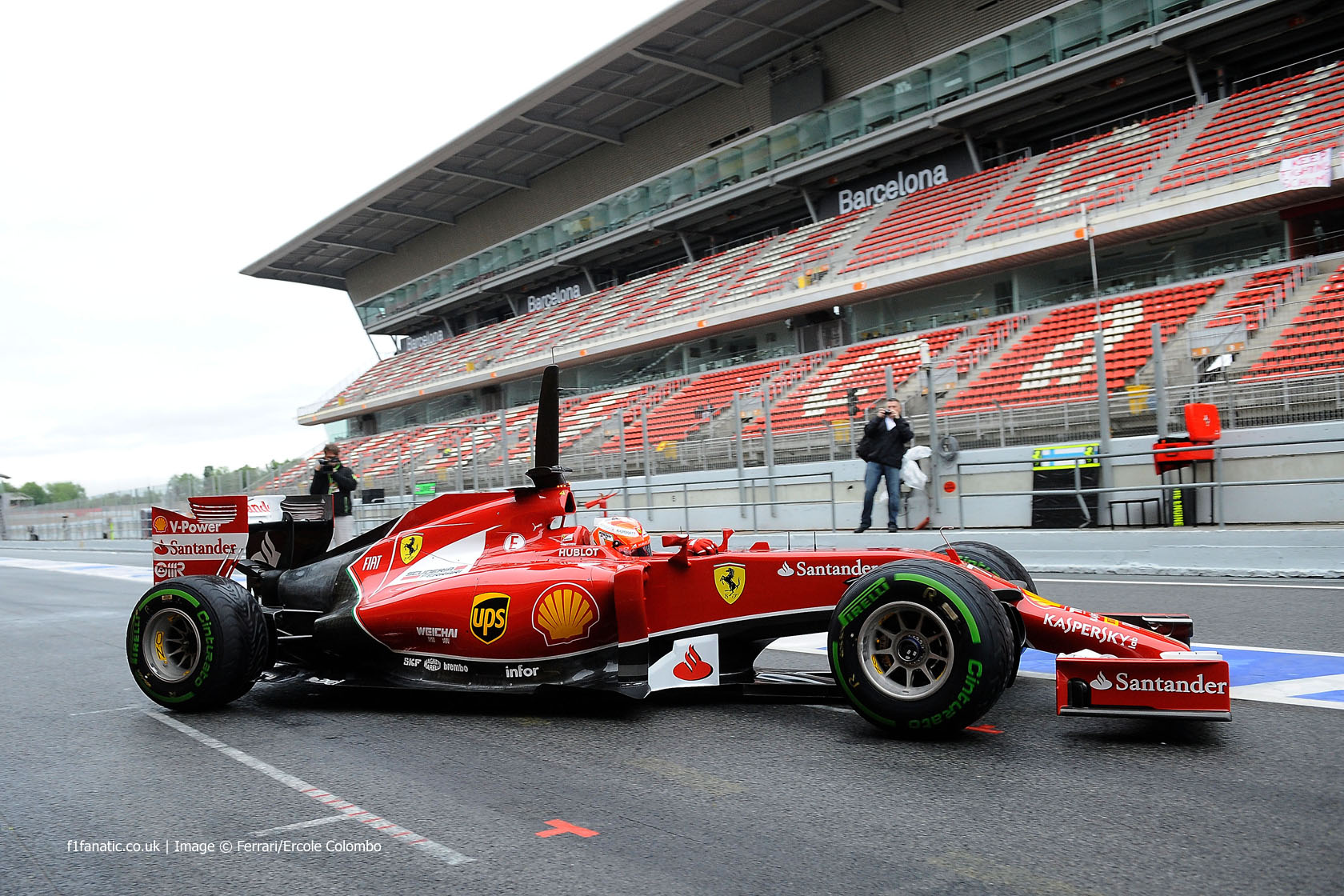 Kimi Raikkonen believes Ferrari are heading in the right direction with the development of their F14 T following last week’s test at the Circuit de Catalunya.

Raikkonen drove the car on both days in the test following the Spanish Grand Prix which he said was “reasonably positive”.

“We had problems at the start, but by the end, I can say I was pleased with the work we managed to get through.

“The F14 T is improving and I am sure that, step by step, the results will come, but we must push harder to get them.”

Several drivers have already remarked the new F1 cars will be especially challenging at Monaco this weekend and Raikkonen shares that view.

“This season especially, with the new generation cars, we can expect it to be particularly exciting,” he said. “These new cars tend to slide easily and in Monaco there’s not much room to drift off line.”