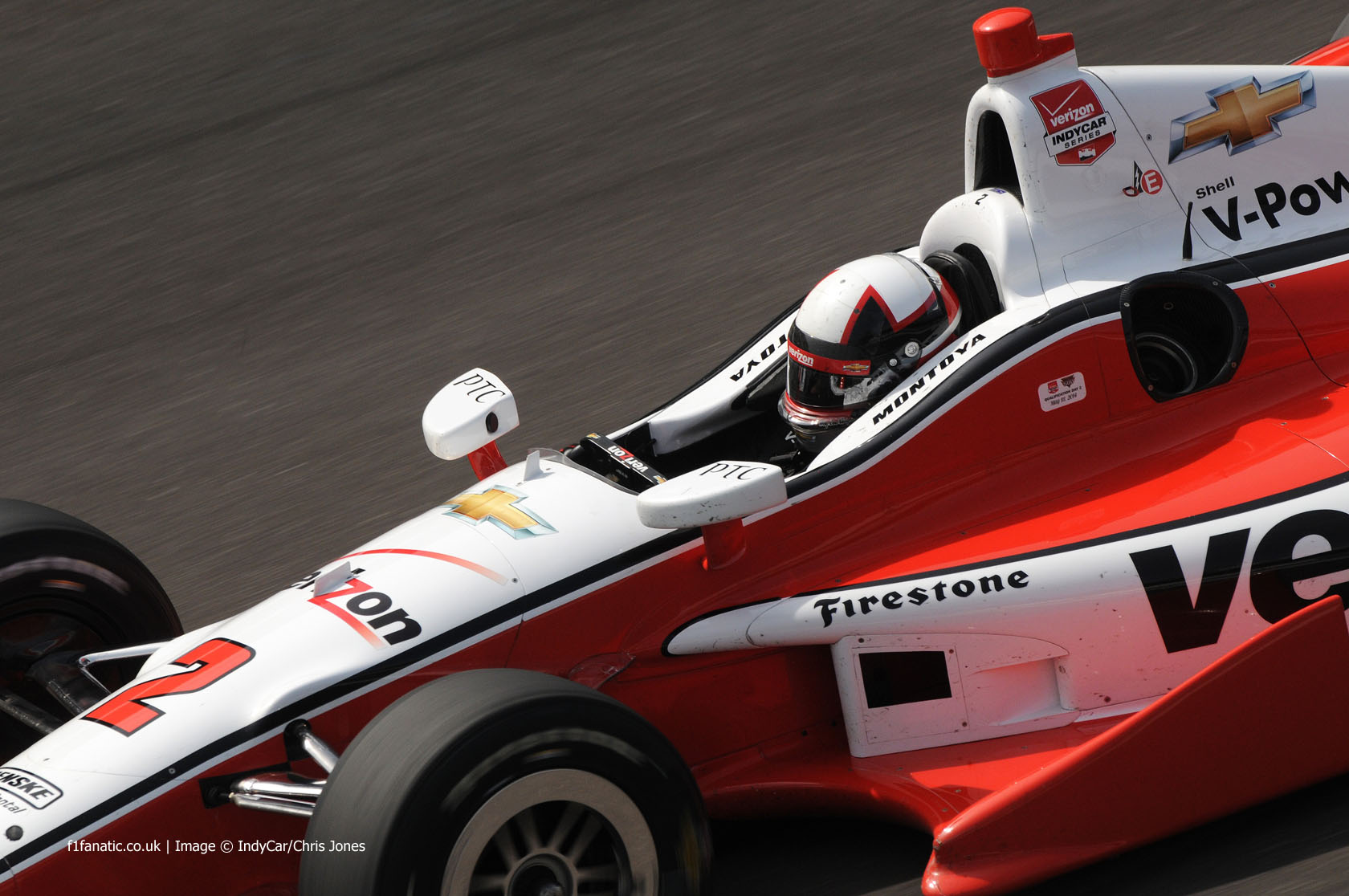 Two F1 race winners who won the Indianapolis 500 before will return to the Brickyard on Sunday with the goal of repeating their previous successes.

But Juan Pablo Montoya and Jacques Villeneuve are up against the fastest and most closely-matched field in the 103-year history of the race.

Speeds have risen around the Brickyard since the introduction of the new Dallara DW12 chassis and V6 turbo engines two years ago. Last year Tony Kanaan post the fastest average speed for a winner in the Speedway’s history: 187.433mph (301.644kph).

In qualifying this year the 2.1 second gap between the fastest and slowest qualifying runners (over four-lap runs) was the closest ever seen at Indianapolis. The average speed of the field, 229.382mph (369.155kph), is also a new record.

And while Ed Carpenter’s pole position speed of 231.067mph (371.866kph) may be 6mph off Arie Luyendyk’s 1996 record, it’s another step towards IndyCar’s stated aim of reviving the pursuit of ultimate speed at the Speedway.

It’s also a lot quicker than Kurt Busch is used to. The 2004 NASCAR champion will compete in Sunday evening’s race at Charlotte after taking the green flag at Indianapolis. NASCAR race once per year at the Brickyard, and last year’s pole time was over 40mph slower than Carpenter’s. The one-off appearances from Villeneuve and Buch, and Montoya’s return to a full-time seat, are sure to bring new attention to a series which is striving to regain its lost glory.

But picking a winner from such a close field is a tough ask. Carpenter shares the front row with James Hinchcliffe and championship leader Will Power – none of which have ever won at Indianapolis before.

But Power’s Penske team mate Helio Castroneves is seeking a fourth victory from row two. And he’s doing so in a car which bears one of the iconic Indianapolis liveries – the distinctive yellow of Pennzoil.

With Montoya also in the top ten, the three Penske cars line up in front of the Ganassi continent, which includes last year’s winner Tony Kanaan. But the grid ultimately counts for little in a race which will last well over two-and-a-half hours, and the silver Ganassi cars were quick in practice.

I will feature on BT Sport’s live coverage of Indianapolis 500 on Sunday. The build-up starts at 3:30pm with a special edition of Motorsport Tonight, then the main broadcast begins at 4:30pm with a race start time of 5pm.

For those of you not in the UK you can find and share IndyCar coverage details here:

And as always F1 Fanatic Live will be running throughout the race – look out for the live page on the site shortly after the Monaco Grand Prix. Who’s your tip for success in the Indianapolis 500? How do you think Montoya and Villeneuve will fare? Have your say in the comments.