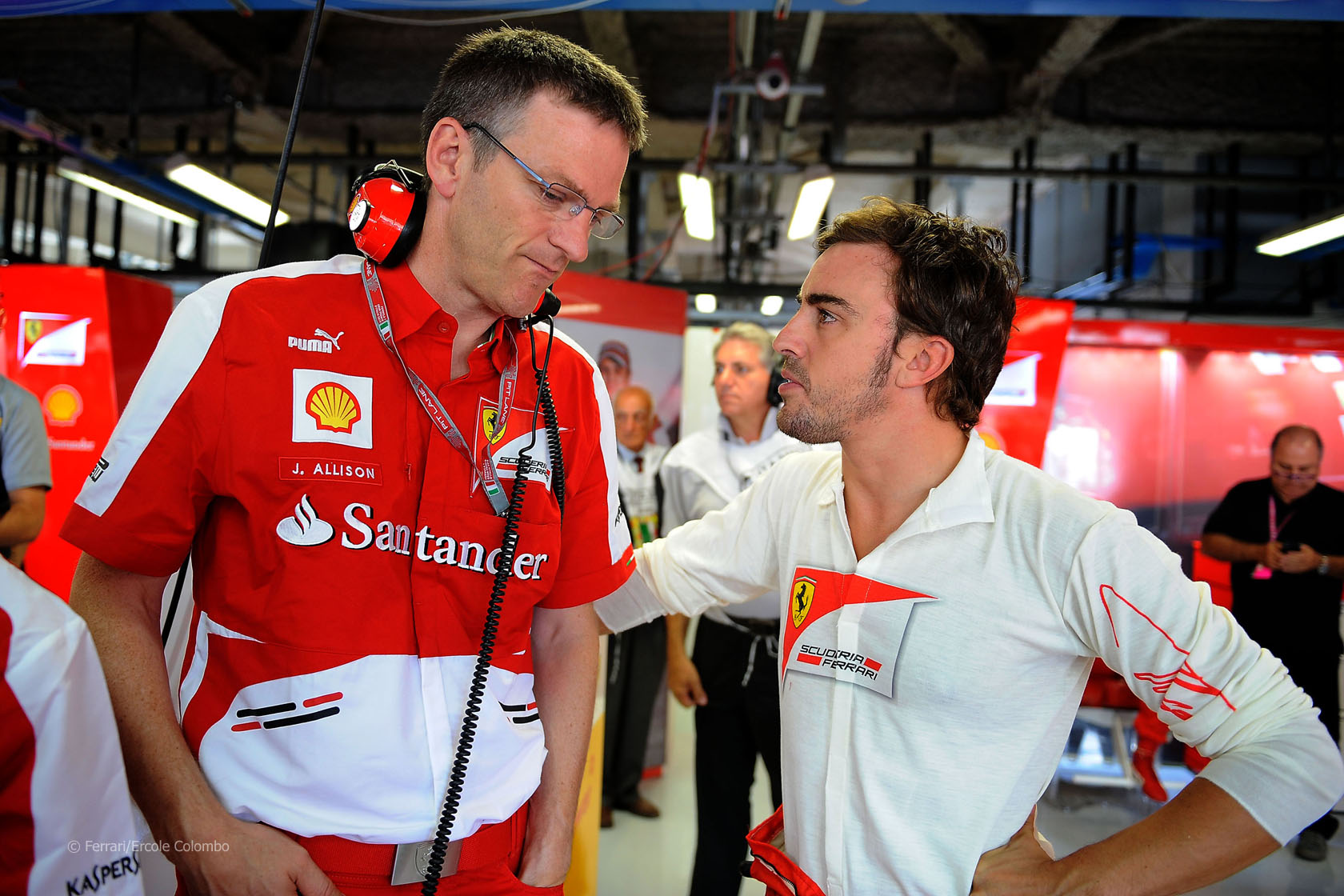 In the round-up: Ferrari technical director James Allison says the team’s design staff needs to be given greater freedom.

“It is a question of giving them the encouragement to actually go off and do more unusual things and then have the time to look at them and know that if they fail it’s OK because there’s still time to put a back-up plan in place and for that to work.”

Cyril Abiteboul: “I think they have a very strong opinion of how they want to do Formula One. I don’t think that we tick their boxes”

Lewis Hamilton: “People say that we are best friends but we are not. We have not been since we were 13 years old. I say hi to him and he says hi to me. We don’t have lunch together; we don’t have dinners. We are cool.”

Rosberg: Our feud will be forgotten (The Telegraph)

“We discuss the issues and we have already discussed them and it will again be better and it will be forgotten.”

“We started [setting boundaries] before the season and this is a dynamic process that is being recalibrated before every single weekend – before the race weekend, at the race weekend and after the race weekend. Sometimes, and I mean this with a positive spin, they are a little bit like teenagers finding out how far they can go.”

Christian Horner: “We are now where we should have been in January…” (Adam Cooper’s F1 Blog)

“I expected Monaco to be much more tricky that how it was. It was better than expected.”

“Despite press rumours to the contrary, Caterham Group is not for sale.”

“The guys and girls at Marussia are some of the most welcoming and helpful in the paddock and their efforts don’t get enough respect.”

“Thoughts About the Most Absurd Place” (The Motorsport Archive)

“Like the precious, dull, soft safety net that is West London, this feels like the kind of place where fat, leery men go to die, poisoned by the strength of their own bullshit. Never has glamour looked so cheap.”

Interesting to hear Lewis is keen to put the boot in on Nico's keepy-uppy warm-up routine. Say he cannot concentrate with the ball bouncing

READY! Steady! Go! Tickets to go on sale in three days. It's time to make a choice! #F1Sochi pic.twitter.com/R4EE6kVPkw

Insanity. How on earth was this allowed? Flatbed truck on track at start of Formula Renault 2.0 race: https://t.co/6jR0tBChpT via @MotorsTV

.@fabioleimer has done a few laps on Medium tyres. The team are impressed with his laptime… Now he's going out on Soft compounds #GP2 #F1

If Hamilton’s handling of the media detracting from his performances on-track?

On track he is as good this season as he ever has been. For the first part of the season he seemed to concentrating all his focus onto racing. Now he thinks he’s playing mind games that are helping him beat Rosberg. If that’s what he really believes, it is delusional. He’s really playing right into the insatiable clutches of media spin where he is doomed to be endlessly surfing tornadoes.

What is wrong with just shutting up off track, and proving your points on track? The constant ever sharpening drama is somewhat entertaining, but ever so childish. The focus now is more on the sad soap opera, not his four wins so far. What would Hamilton most like to be remembered for, his words, or his accomplishments on track? It’s his choice, the world is watching.
@Bullmello

Michael Schumacher took his second consecutive pole position of 1994 in qualifying for the Spanish Grand Prix.

106 comments on “Ferrari must be more creative – Allison”