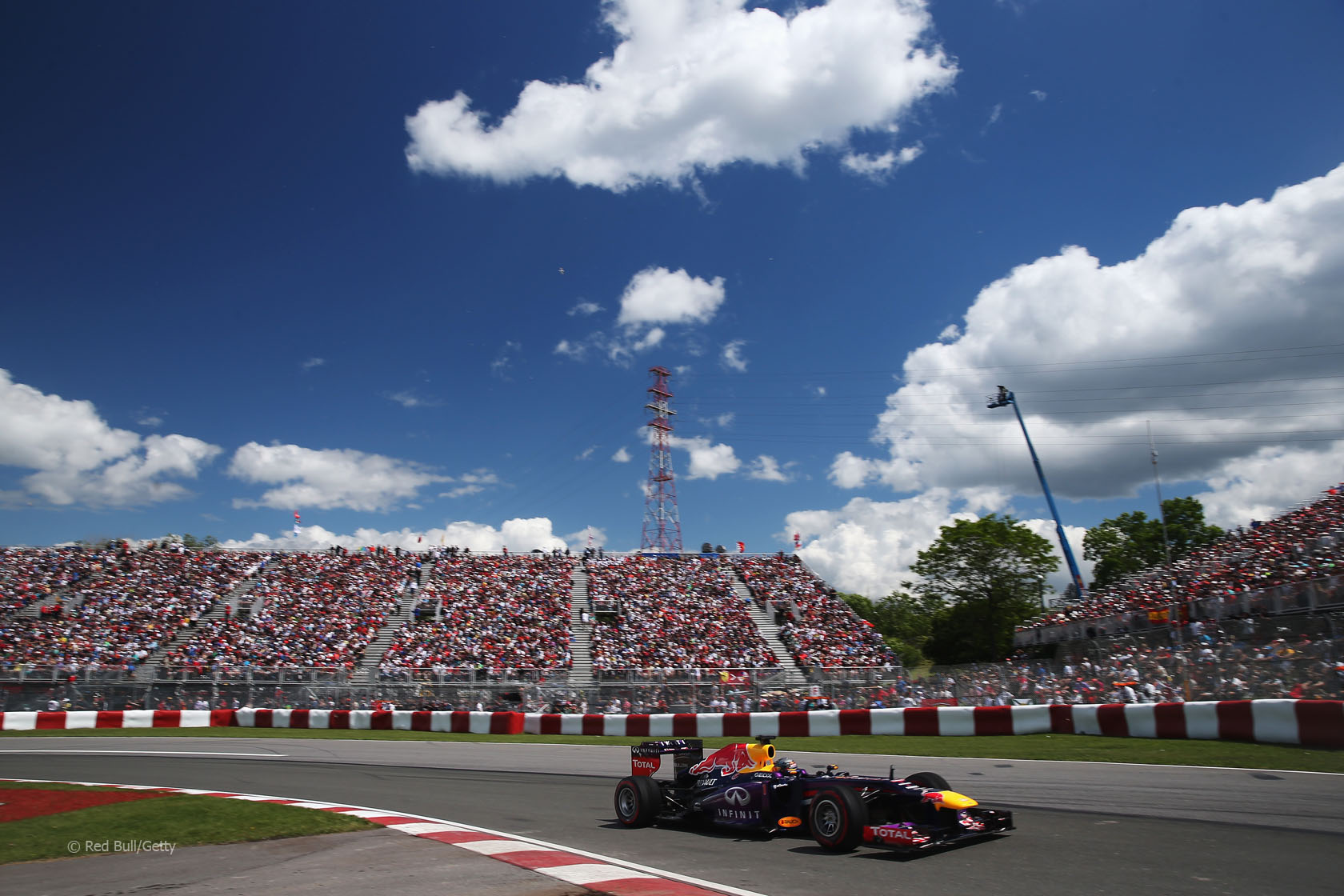 Early forecasts for the Canadian Grand Prix weekend pointed to a strong chance of thunderstorms on the first day of practice.

But as the start of the race weekend draws near the threat of rain has gradually receded. It’s now looking ever more likely the teams will get a dry start to the weekend, and conditions will remain fine after that.

There will be cloud cover and perhaps the occasional shower during the first day of running on Friday, with temperature reaching around 23C.

By Saturday the cloud cover will have passed and under clear skies air temperatures are likely to be three or four degrees higher. It’s likely to be warmer than any of the three days last year, when track temperatures peaked at 33C during the race.

Sunday is likely to bring more of the same, with sunny skies greeting the cars for round seven of this year’s world championship.

The Montreal Plateau Webcam run by Adrian Platts is a useful way of keeping an eye on incoming weather systems at the Circuit Gilles Villeneuve, as it is located 2km west of the circuit and usually sees its incoming weather. Find it here:

13 comments on “Threat of rain receding in Montreal”