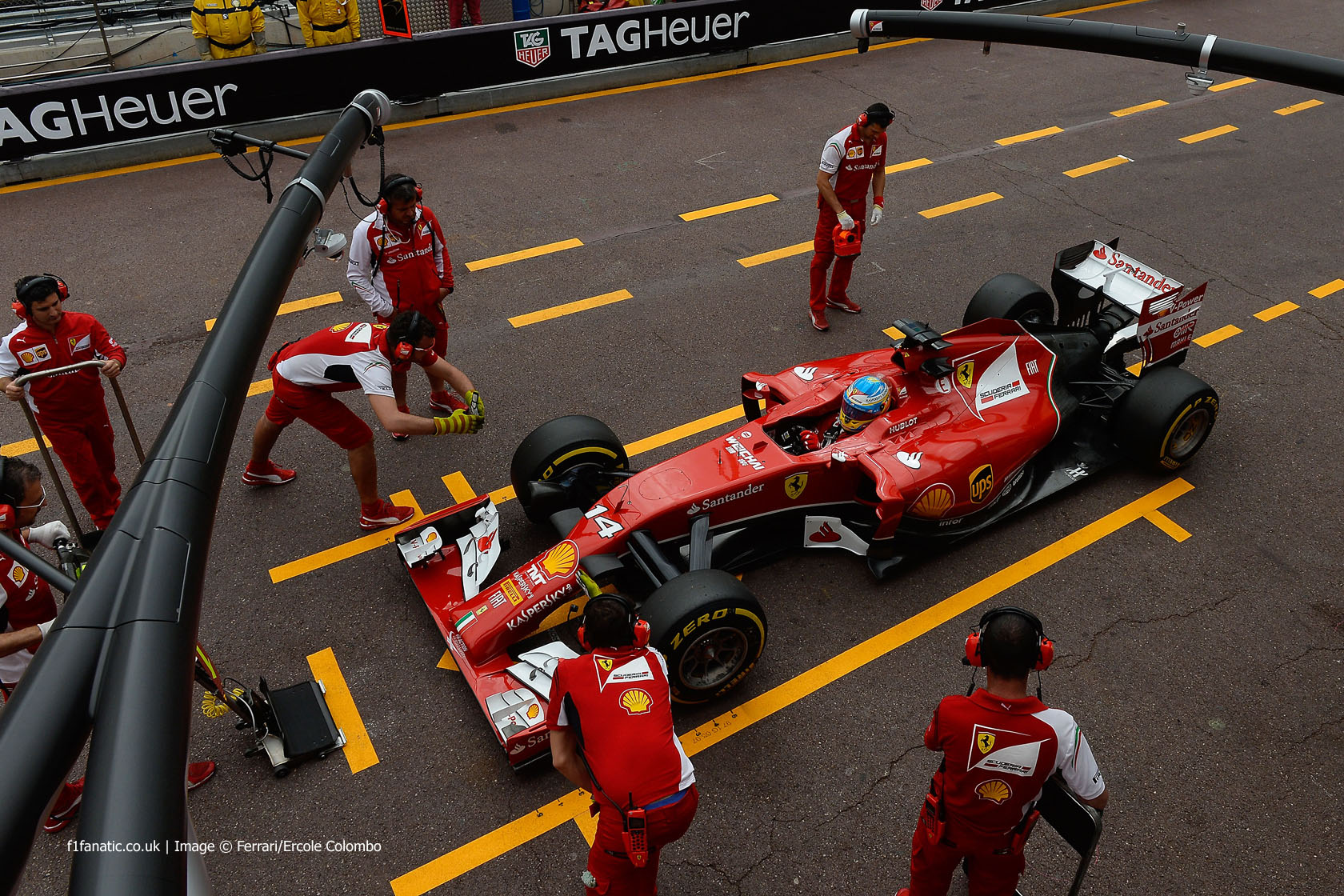 In the round-up: Fernando Alonso says he isn’t likely to tire of driving F1 cars any time soon but he may enjoy it less.

Alonso will not quit until third title (BBC)

Hamilton ready to hit back in Canada (Reuters)

“I always remember with Lewis that when we had a tussle in a race, or there was an issue between us… the next race he would destroy me. He would come there and be stronger than ever.”

“But I think the change that is currently taking place is very shortlived, as these social media people are starting to think it is not as good as they thought.”

“It wouldn’t be a bad thing definitely [to beat Vettel] and it would go a long way to giving me a lot of confidence. Although I think I’ve probably already done enough to show that I can do it, not specifically beating Seb, but being able to race at the front and drive for a top a team and deserve to be here.”

“In memory of Mark Robinson, who died in a track accident at the 2013 Grand Prix, all pit workers with the Automobile Club de l’Île Notre-Dâme will be wearing black armbands during the June 6-8 race weekend and a full page of the official F1 event magazine will be dedicated to him.”

“The clear glass cup’s tips are shaped as an abstract form of the Canadian maple leaf that has been frozen in time.”

Thanks Jared Pashovitz for the tip

“He may be a ‘Marmite’ personality but, like him or not, Lewis Hamilton is fantastic for Formula One, and a great news story for a sport which has always thrived on speed combined with passion, personalities, glamour and celebrity. He has it all.”

Seems like Bernie's been getting ideas from religious leaders? #PopeMobile ? pic.twitter.com/HfqmG9SkKA

#F1 #BBCF1 #CANADA Suggestion of wet Sunday AM (as tweeted by another broadcaster) is not indicated by models. Fine AM; cloudier later; 28C.

No, I won't be attending E3 this year. No, there are no developer diaries planned for F1 2014. Yes, I realise the lack of info is annoying.

A few users have reported problems accessing later pages in forum threads. This should now be fixed.

If something’s not new, then it isn’t news. As far as possible I try to ensure the links included in the round-up are new and relevant, but when someone chooses to republish a two-week-old quote there’s always the chance I didn’t see it the first time around.

So in this case I’m indebted to Eero (@Eeroo) for pointing out that one of the stories in yesterday’s round-up shouldn’t have been there:

The James Allison interview was made before the Monaco Grand Prix. I don’t know why every F1 site is publishing it two weeks later.
Eero (@Eeroo)

Two non-championship races for F1 cars were held on this day 60 years ago.

Onofre Marimon won the Grand Prix of Rome, held in Castelfusano park, driving a Maserati 250F. Stirling Moss, in a similar car, dropped out of second place with eight laps to go.

Meanwhile in Belgium an older Maserati A6GCM won the Grand Prix des Frontieres in the hands of Thai prince Birabongse Bhanudej, known to the racing community as B Bira.