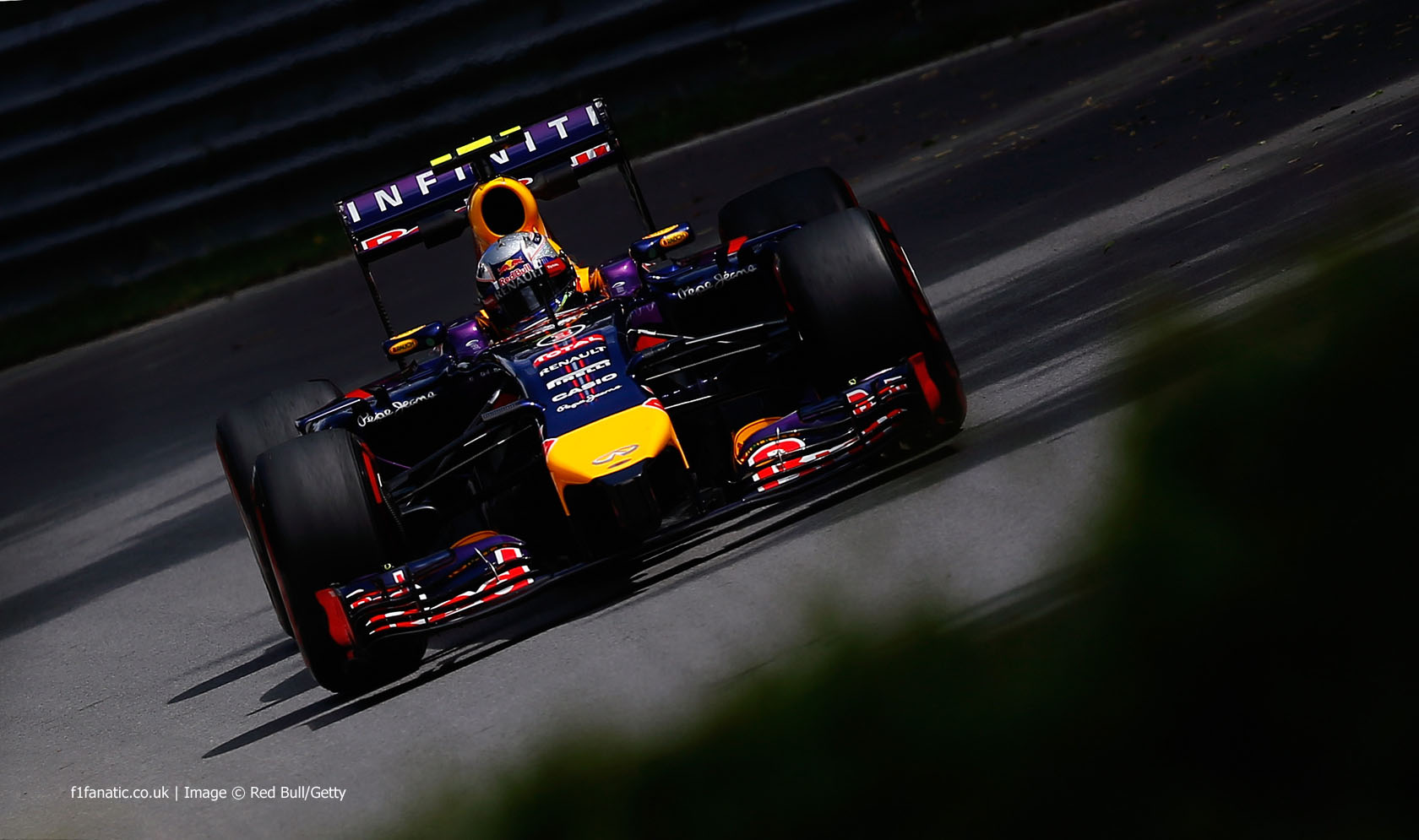 In the round-up: Red Bull team principal Christian Horner says the team are not looking for alternatives to engine supplier Renault following their unsuccessful start to the season.

“We’ve got a multi-year agreement with Renault, but as with any agreement there’s always performance criteria associated with that. But we’re not considering any alternatives at this point in time.”

Bernie Ecclestone interview: No chequered flag in sight for the ageing ringmaster of F1 (The Independent)

“I’m going to do a lot of digging on the computer this evening and it’s early days so I’m still confident of finding it.”

When there are awkward moments, Lewis Hamilton and I discuss them and then we move on… (Daily Mail)

“The running order during qualifying is taken in turns between myself and Lewis at each weekend – one weekend I choose whether I run first or second on the road, the next weekend it’s Lewis. In Monaco, it was actually my engineer who made the call because I didn’t answer when he asked me. So he took the decision, determined what was best for us and so I went out first.”

“With more work to do to overcome Raikkonen’s issues, Ferrari has decided to bring back its test team engineer David Lloyd to a racing role to help Raikkonen from this weekend’s Canadian Grand Prix.”

Interview with Alex Zanardi (thanks Dennis Wynes for the tip).

“Whilst there is changing viewing habits, you cannot escape the fact that there are fans no longer watching the sport and are not being replaced by new fans at the same rate, whether it is due to the on-track action changing (DRS, Pirellis, turbos), those in charge of the sport running into a power-trip with no direction thanks to rules nobody wishes to see (double points), fans feeling distant from the sport (expensive ticket prices) or because Formula One is moving to a pay TV model, thus pricing people out of the sport – Moto GP fans know what that feels like.”

As a doc this was always one of the circuits that scared me the most. Monaco, but fast. Entry to 4, several of the exits.

BE: @justinbieber photograph promoted F1 to his 52 million Twitter followers – that's more than those of every driver in the sport combined.

A plan to halve the amount of track action on Fridays did not go down well yesterday:

I’m not a fan of this idea but let’s not kid ourselves, ticket prices are not that high on Friday and Saturday, it’s the race day itself on Sunday which costs the most. So I’m sure ticket prices, even weekend passes will become cheaper but not by a whole lot, and it’s right there the shoe stinks.

It basically means you get a discount which isn’t a discount at all, you will in fact pay too much for what you will get. Which is probably already the situation today.

Get real, I’m all for cutting costs but cut them where it benefits the teams and not where it hurts the fans.

I still can’t believe that after reading all those comments on twitter where easily more then half of the fans where against the idea, both [Sky commentator] David Croft and Damon Hill continued on on how this was – according to them – a great idea.
@Force-Maikel

Jenson Button’s sixth win in seven races for Brawn five years ago today put him on course to win the drivers’ championship – though he failed to win another race that year.

Sebastian Vettel led at the beginning but went off, allowing Button into the lead. The Red Bull driver had to settle for third after being told to hold position behind team mate Mark Webber. Similar instructions to the same two drivers in later races were not always obeyed so readily…

24 comments on “Red Bull not looking for new engine supplier”