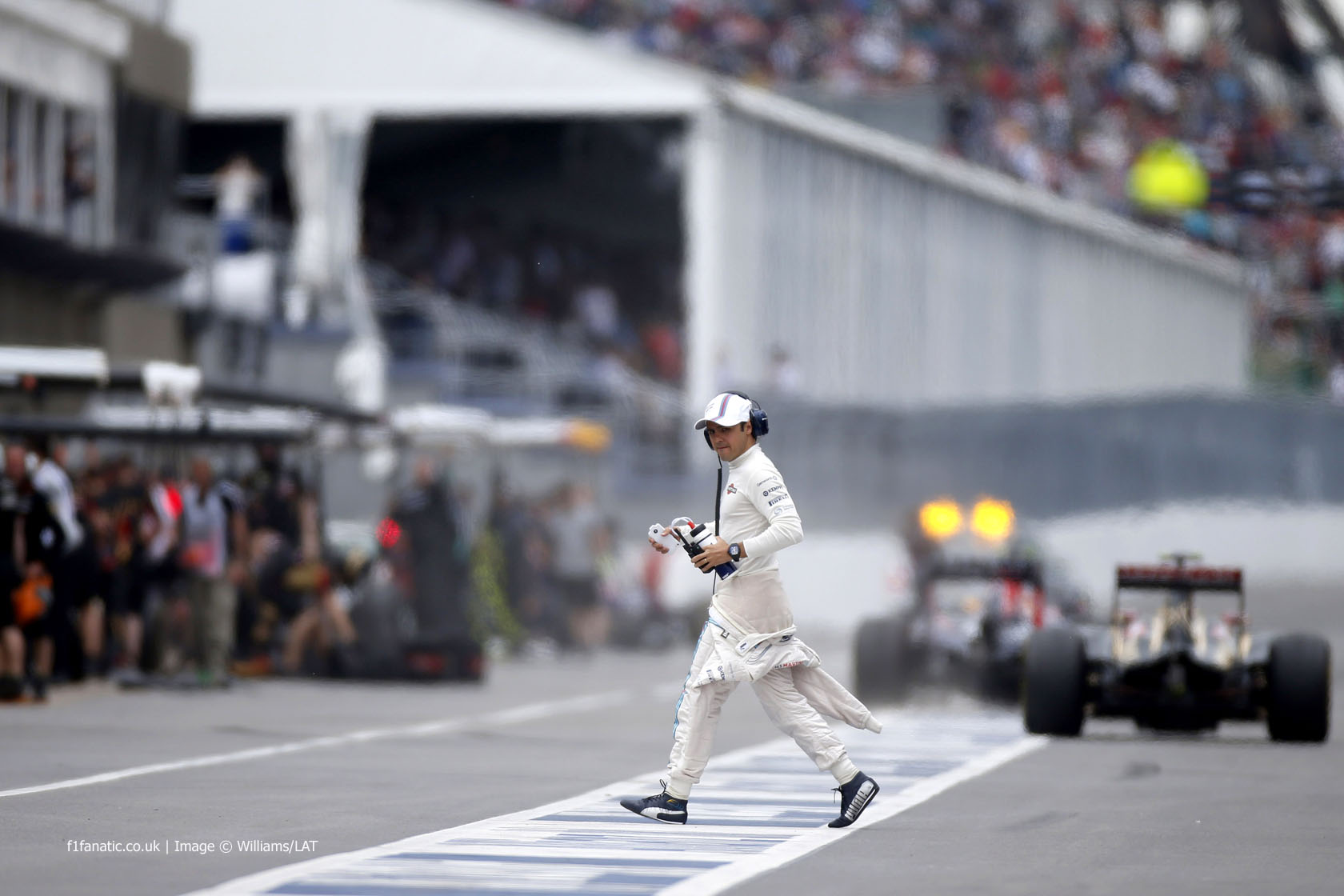 Felipe Massa has been taken to hospital following his crash on the final lap of the Canadian Grand Prix.

Massa collided with Sergio Perez while trying to pass the Force India driver for fourth place as turn one.

Williams issued a statement via Twitter saying Massa was “OK” but “after checks at the medical centre he has been taken to hospital for further precautionary checks due to the heavy impact”.

Both Massa and Perez have been summoned to the stewards over the incident.

Jules Bianchi and Max Chilton are also under investigation following the collision between the two of them on the first lap when put both Marussias out of the race.

46 comments on “Massa taken to hospital after crash”