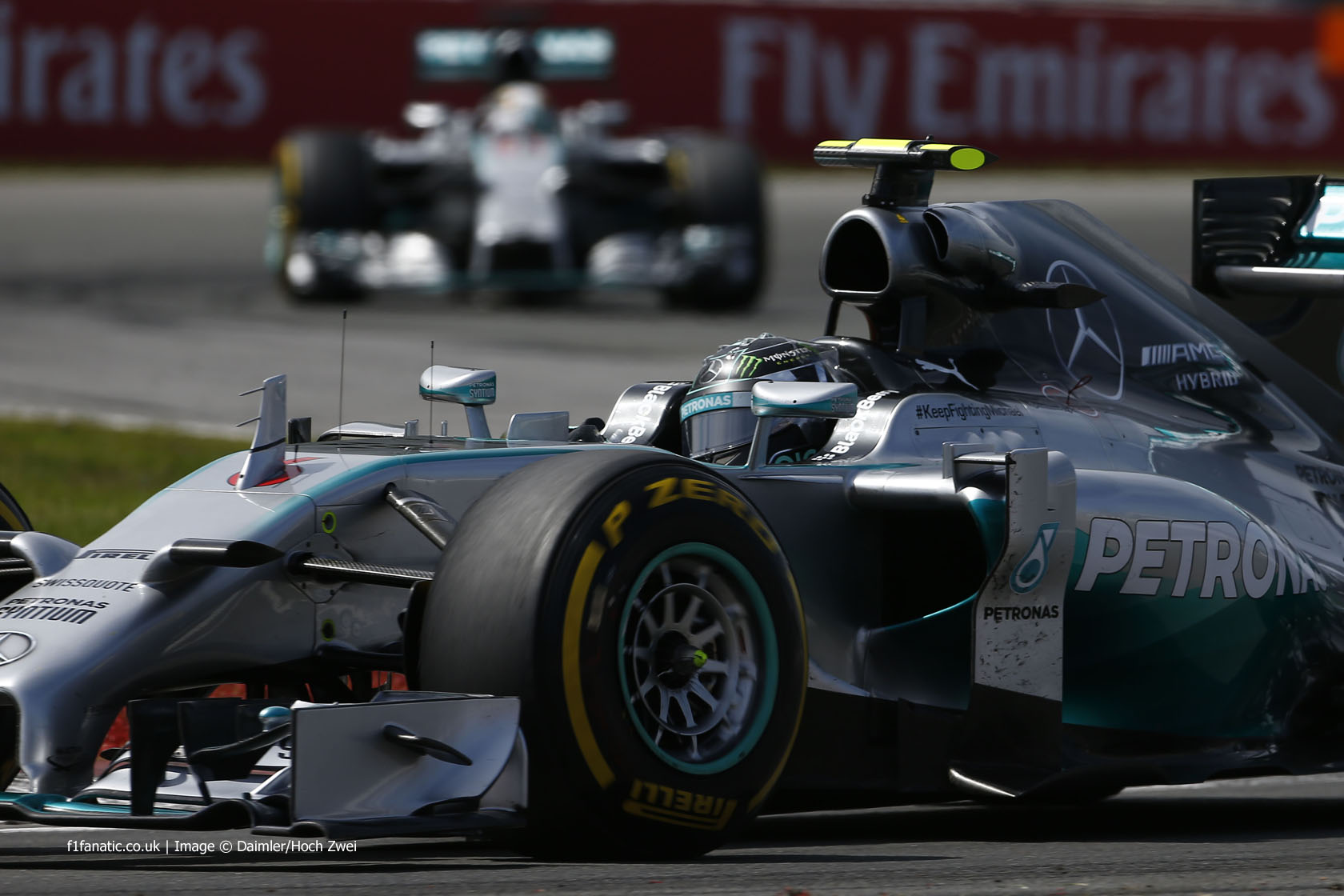 In the round-up: Mercedes executive director Toto Wolff says Nico Rosberg was lucky he was able to finish the Canadian Grand Prix after his team mate Lewis Hamilton retired.

Wolff: Luck was the difference (Sky)

“They had exactly the same problem and I think, at the end of the day, that Nico was just a bit luckier.”

“There was nothing I could do about our issues. We were managing the loss of power, but as soon as I finally made the jump on Nico in the second pit stop, my brakes failed.”

Montreal gets sweet deal to keep GP until 2024 (The Gazette)

“The $17 million annual staging fee that will keep the Canadian Grand Prix here till 2024 is cheaper – by far – to what is being paid by most other host countries on the 19-race calendar.”

“I went straight, and didn’t get an advantage. I did initially, but I slowed down in turn one and two as is the norm to do.”

“It was dangerous and we could have had a very serious accident, so for me the penalty is not enough.”

“In an effort to improve the efficiency of their overall package, Ferrari tested a much tighter-fitting engine cover in Montreal.”

“I just feel, to be perfectly honest, the current regulations are very restrictive, which is a shame. It’s difficult to find new areas to explore as they are so tight, more engine orientated. They need more of a fundamental rethink in my opinion.”

“Typically the diameter has been reduced by around a centimetre and the thickness is usually around 3mm less than the maximum allowable 28mm. Six-pot calipers have been replaced by four-pots at Mercedes, Red Bull, McLaren and Sauber.”

“Another major target is to speed up our reaction time, which is something our competitors seem to manage to do.”

We're not used to air our grievances publicly. But when others do and accuse us of playing with others' safety, we are compelled to reply.

They say a picture is worth a thousand words… who crashes into whom? pic.twitter.com/uyqROPRSFZ

An MGU-K failure creates a deficit of more than 150bhp to the driver. That’s about the total power of an average road car! #F1

Apprently this did actually happen!! pic.twitter.com/gjpA98z5vs

Rewatching yesterday's race it's brilliant how the crowd cheers add to the atmosphere. Quieter engines and popular race venues good for #F1.

In my view Perez was responsible for the crash with Massa but Brian disagrees:

Whilst Perez does make an adjustment to the left at a crucial point, it was not an unreasonable adjustment to make in and of itself, and it only became a problem when combined with Massa deciding to attempt his overtake so ridiculously close to Perez’s car. Massa undoubtedly did this so as to keep as close to the racing line going around turn 1, but ultimately he was too close resulting in the collision.

The leniency of the punishment also tells me that the stewards acknowledge that any blame in this fairly major accident (27G) was very evenly spread out and they’ve decided to shade it on the side of Perez. A 5-grid punishment is hardly a punishment at all. I could be wrong but they haven’t even dished out any penalty points either. And they were giving those out like smarties earlier in the season.
Brian (@Bealzbob)

Happy birthday to Dave Walker who turns 73 today. The Australian driver’s racing career was badly affected by two road accidents which left him with broken limbs.

Prior to that he’d made his F1 debut in Lotus’s difficult turbine-engined car in 1971. The following year he endured a point-less season in the team’s conventional V8-engined 72, which suffered a string of technical failures, leaving him with an unenviable score of zero while team mate Emerson Fittipaldi scooped the championship.