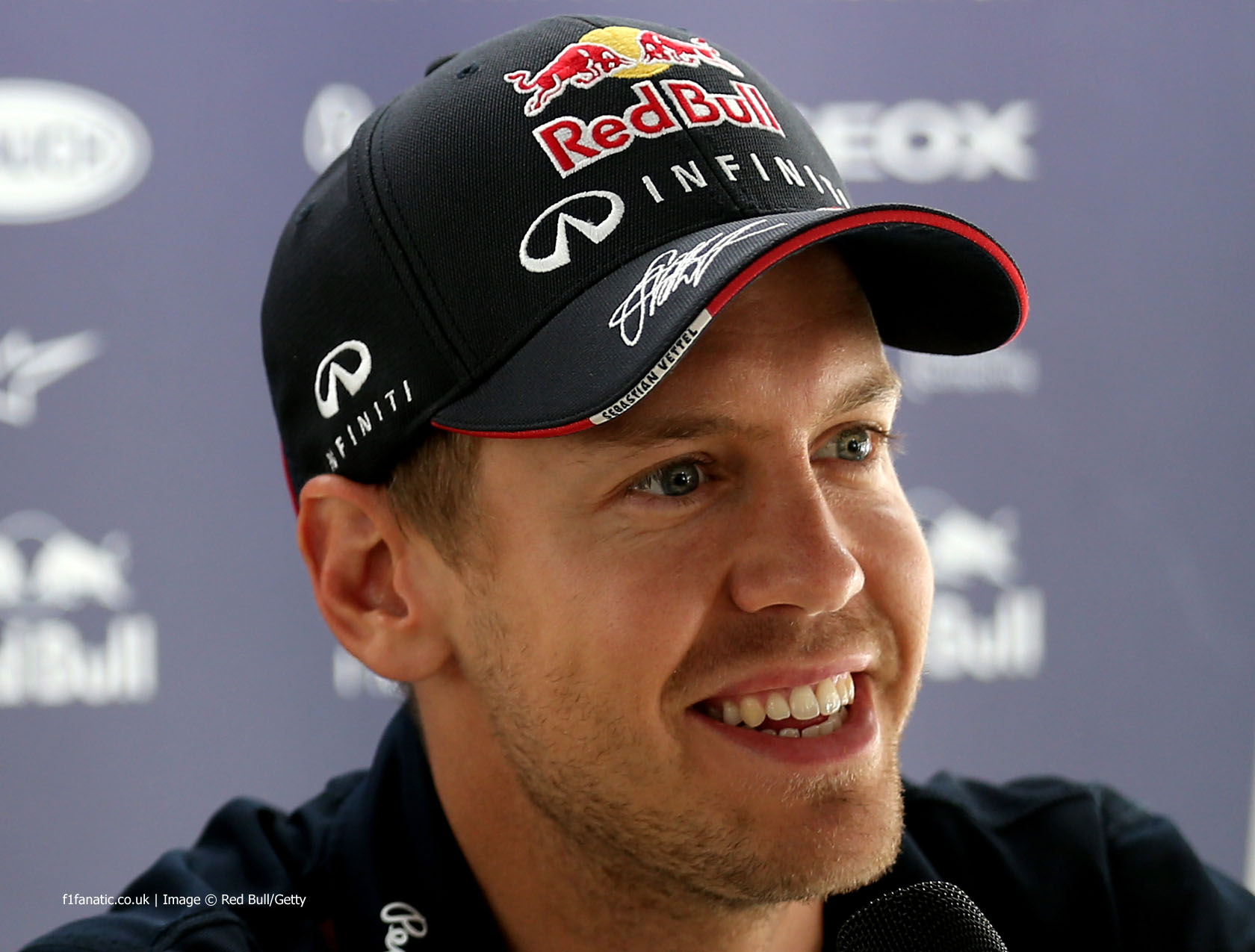 In the round-up: Christian Horner says he feels that Sebastian Vettel is unlikely to be affected by Adrian Newey’s repositioning when it comes to his future with the Red Bull team.

Christian Horner: “I think the future is extremely bright. Sebastian is never going to talk about what the state of his contracts are, but he’s enjoyed a huge amount of success with the team and I’ve no doubt he will be with the team for many years to come.”

“The McLaren Formula 1 team is confident that the update package it is bringing to the Austrian Grand Prix will help deliver a good step forward in performance.”

“Counting all competitive passes so far this season… it is Valtteri Bottas who has successfully executed the most overtakes in 2014 thus far, having dispatched 21 drivers over seven races at an average of three moves per race.”

“Formula One cars have used electronic ‘fly-by-wire’ throttle technology for years, but this season the sport has also adopted electronically-controlled rear brake systems for the first time. But just what is brake-by-wire and how does it work? This video guides you through the technology.”

Working on Part 2 of our Wind Tunnel video series. Here's Part 1 again for those who missed the first tweet! #F1 http://t.co/gWjsRY07d5

After some reacted with cynicism to the news that Gene Haas is eyeing a technical partnership with Ferrari, American F1 believes that it would be unwise to underestimate F1’s newest team owner.

I gather from the comments many of you do not know much about Gene Haas. No, he is not suffering from “yanks do it best” syndrome in the least. IMO he is taking a smart, logical, methodcial, and business oriented approach to starting a brand new F1 team in a very competitive segment of auto racing.

Bear in mind that this guy is not in business to fail. He is an extremely successful businessman with Haas Automation (I would venture that several of the current F1 teams probably use CNC machines from Haas), an extremely successful NASCAR team owner with Stewart/Haas Racing, and he owns one of the most (if not the most) advanced full-sized wind tunnels in the world (used by several of the F1 teams on the grid today).

It seems to me he is going into this with eyes wide open and has already said it will take between three to five years just to be competitive. He has taken a look at Caterham and I expect Marussia as well and seems to be looking for a different way of operating. It would seem to me that would be a good thing, or is F1 some kind of Euro-only club?
American F1

Michael Schumacher made it seven wins from eight wins at the start of 2004 after easily jumping ahead of his brother Ralf during the pit stops in the Canadian Grand Prix.

The Williams was disqualified after the race anyway, promoting Rubens Barrichello to second for Ferrari’s fifth one-two of the season so far.