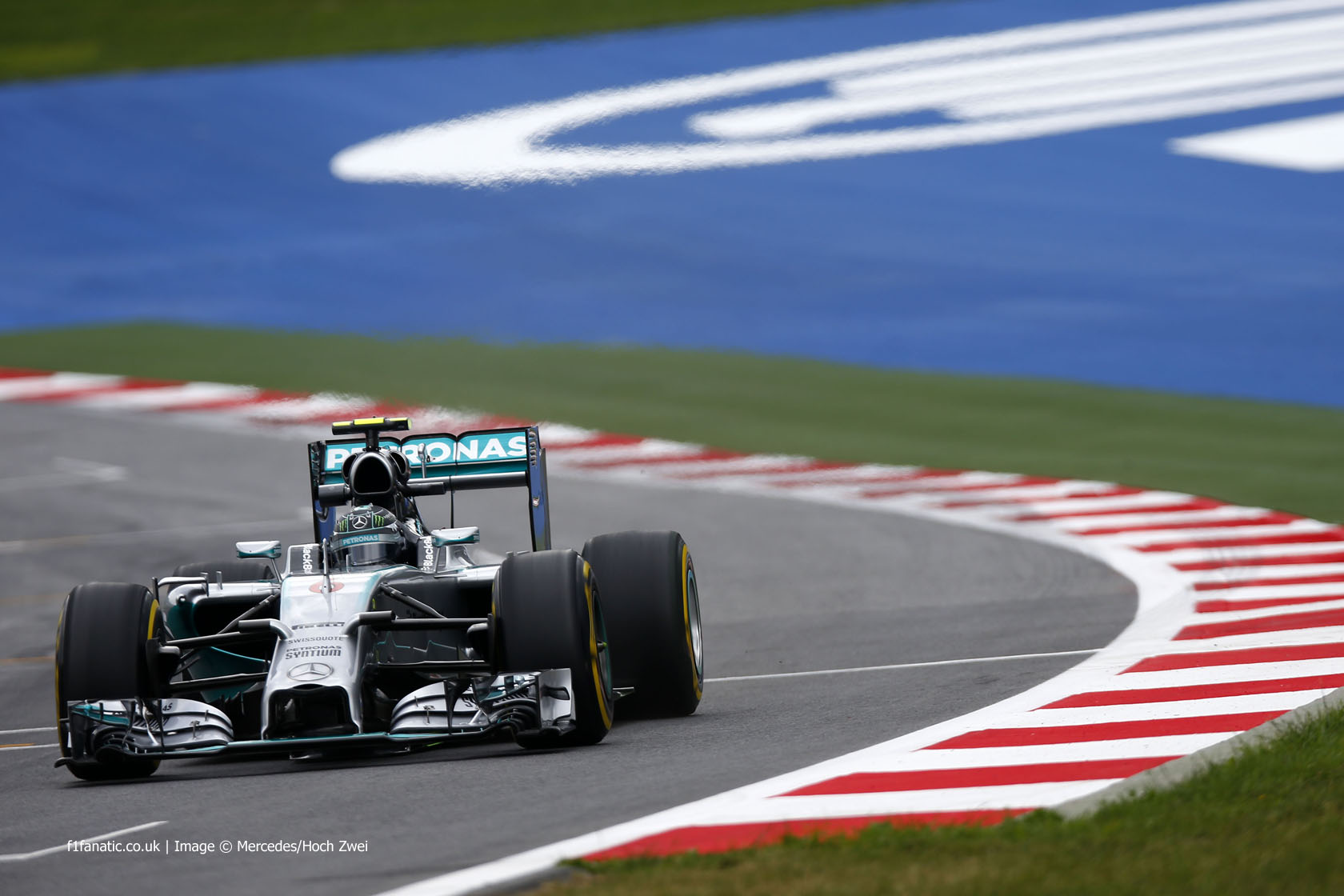 F1 drivers have been warned the stewards will take a “zero tolerance” approach to anyone running beyond the limits of turn eight during qualifying.

Several drivers have used the low kerb at that part of the track to gain an advantage while on flying laps during practice.

Further to the discussion in the drivers meeting yesterday evening I would like to remind all teams and drivers that we will adopt a “zero tolerance” approach to cars leaving the track on the exit of turn 8 during qualifying.

Unless we are satisfied that a driver left the track at this point for reasons beyond his control, e.g. he was forced off the track and lost time, every lap time achieved by leaving the track will be deleted in accordance with Article 12.3.1.d of the Sporting Code.

I would also like to remind you that the white lines defining the track edges are considered part of the track but the kerbs are not.

Drivers have been also warned against cutting the pit lane entry line while coming into the pits.

The stewards investigated five drivers for doing so during practice, but took no action against them after ruling they “intended to remain within the pit entry limit and did not gain any
advantage”.

However on Saturday the stewards noted that “similar action in qualifying and in the race will not be considered as mitigating circumstances”.