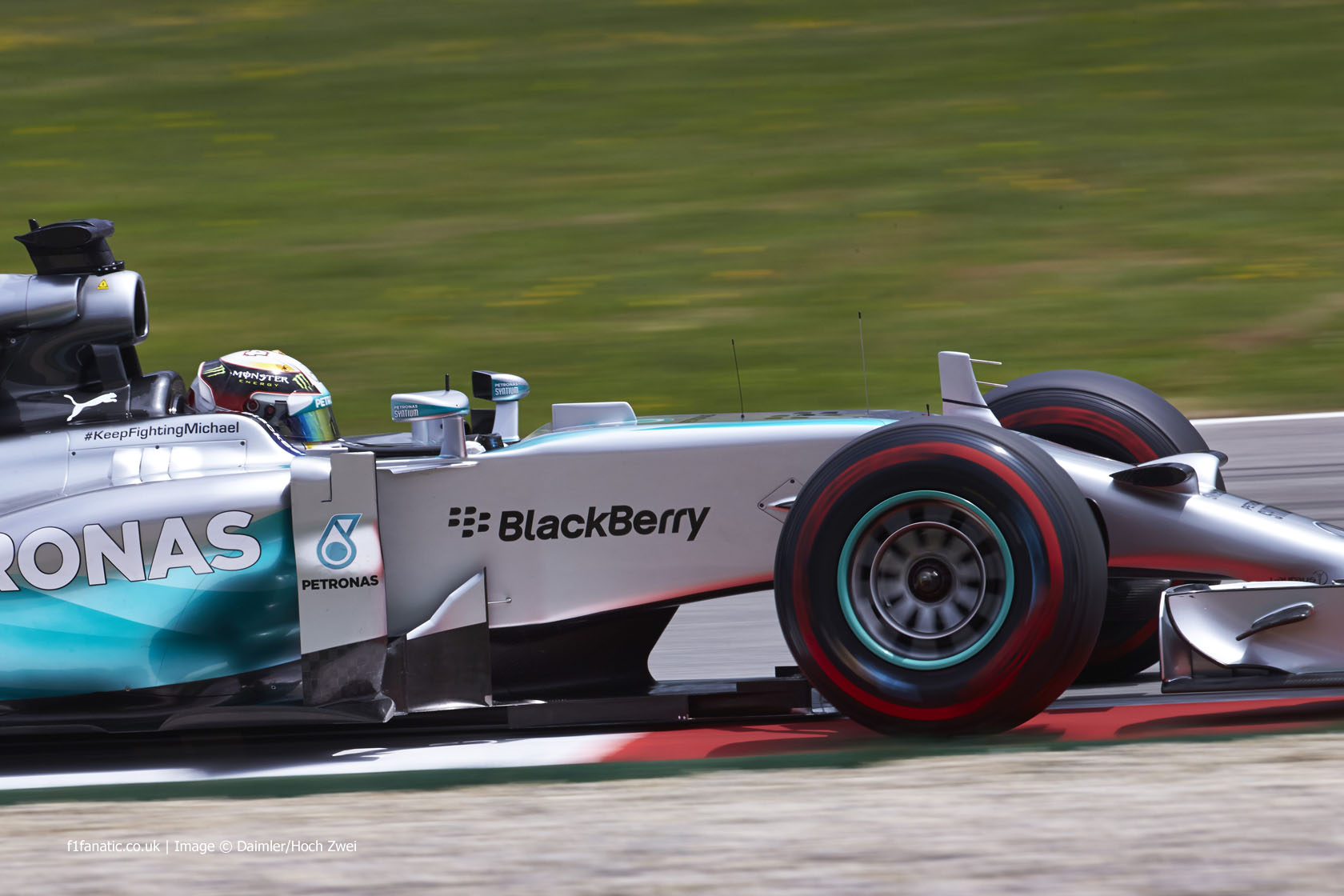 Lewis Hamilton admitted he was frustrated to have lost time in the pits while chasing his team mate in the Austrian Grand Prix.

Hamilton spent almost two seconds more stationary in the pits compared to Nico Rosberg during the race. He crossed the finishing line 1.9s behind his team mate, having backed off at the end of the final lap.

Hamilton said he wasn’t aware how much time he’d lost in the pits but said his stops “didn’t feel that fast”.

He admitted the reason for the delay, “could be my positioning, I don’t know… I’ll obviously investigate.”

“Obviously it is frustrating when you lose time because you’re constantly doing everything you can to gain a tenth here, a tenth there,” he added, “so when you lose quite a chunk, two seconds over two pit stops it’s tough.”

“At least we haven’t really made any mistakes. If we step back a little bit and look, we’ve had so many one-twos this is just incredible this year so I’m hoping in the future we won’t have those problems.”

Hamilton said there had no chance to make an overtaking move on Rosberg at the end of the race. He is now 29 points behind his team mate in the championship.

“Nico’s done a great job,” said Hamilton. “He’s finished every race and fortunately hasn’t had any car problems so it’s inevitable [the gap].”