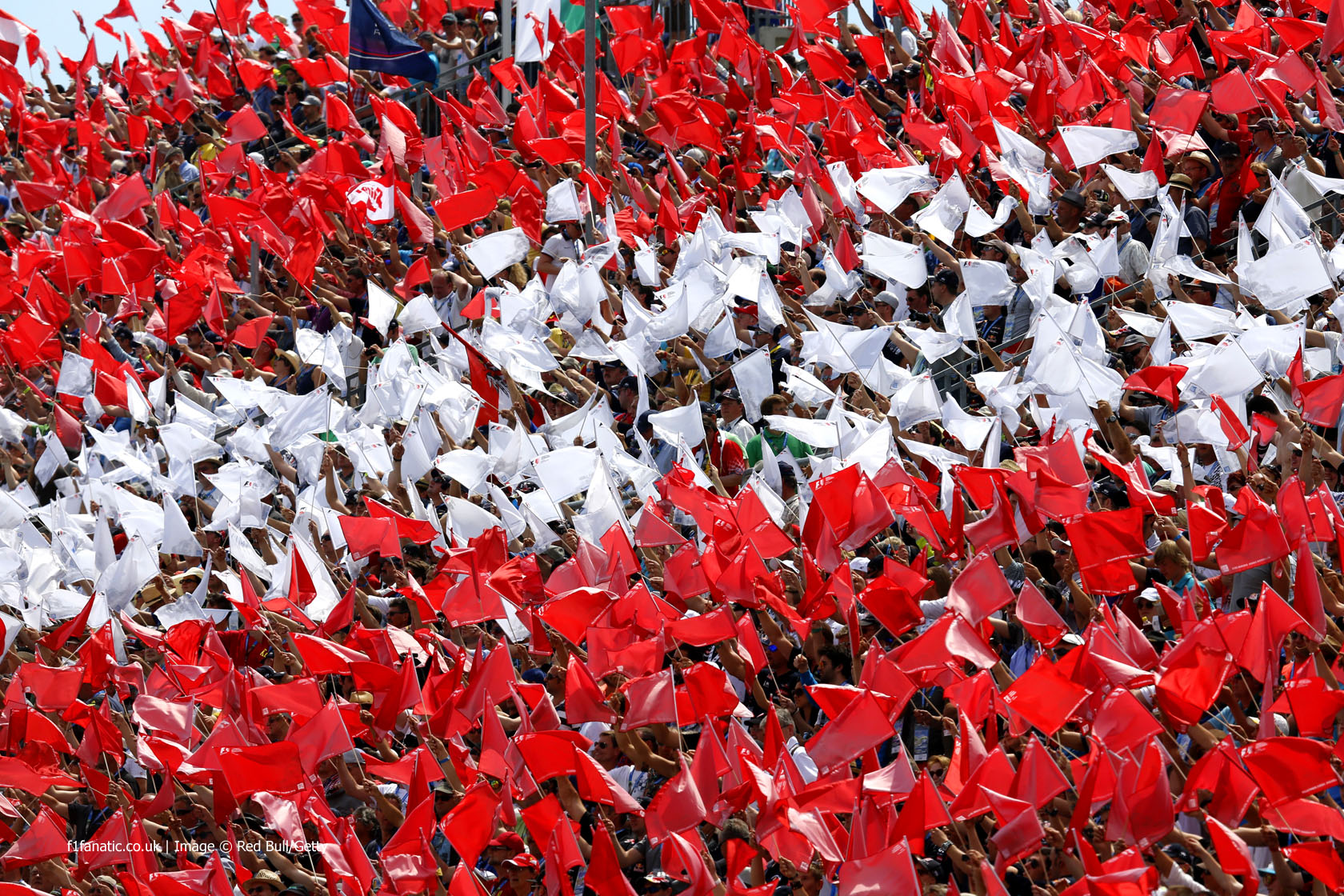 Ten of the best pictures which tell the story of the Austrian Grand Prix weekend.

It was a poor start to the weekend for Marcus Ericsson when a problem with his MGU-H control unit stopped his can after just eight laps.

Kevin Magnussen oversteers out of the McLaren pit box.

Special skid blocks were added to Kimi Raikkonen and Nico Rosberg’s cars during the first practice session in an effort to create more sparks – part of F1’s attempts to ‘improve the show’. But as Jean-Eric Verne’s Toro Rosso proved, F1 cars do still generate ‘natural’ sparks. Niki Lauda didn’t compete in the 1976 Austrian Grand Prix for Ferrari as he was recovering from the burns he sustained in his near-fatal crash at the Nurburgring two weeks earlier. He got back in his 312T2 during the build-up to the race. Tickets for the Austrian Grand Prix sold out quickly when it was restored to the calendar thanks to the circuit’s new owners Red Bull.

A front-row lock-out by Williams used to be a very common sight, but this was their first for over a decade.

Starting from pole position for the first time since the 2008 Brazilian Grand Prix, Felipe Massa kept his lead at the start. Further back Lewis Hamilton got off the line very quickly and was up to fourth behind the two Williams drivers and his team mate by the end of the first lap. Red Bull’s home race was an event to forget. Sebastian Vettel was delayed by another engine problem early in the race, and he was eventually retired to save mileage on his Renault power unit.

It took until the final stint of the race for Mercedes to assume their usual one-two positions. This time it was Rosberg who held sway, though Hamilton put him under pressure in the final laps.