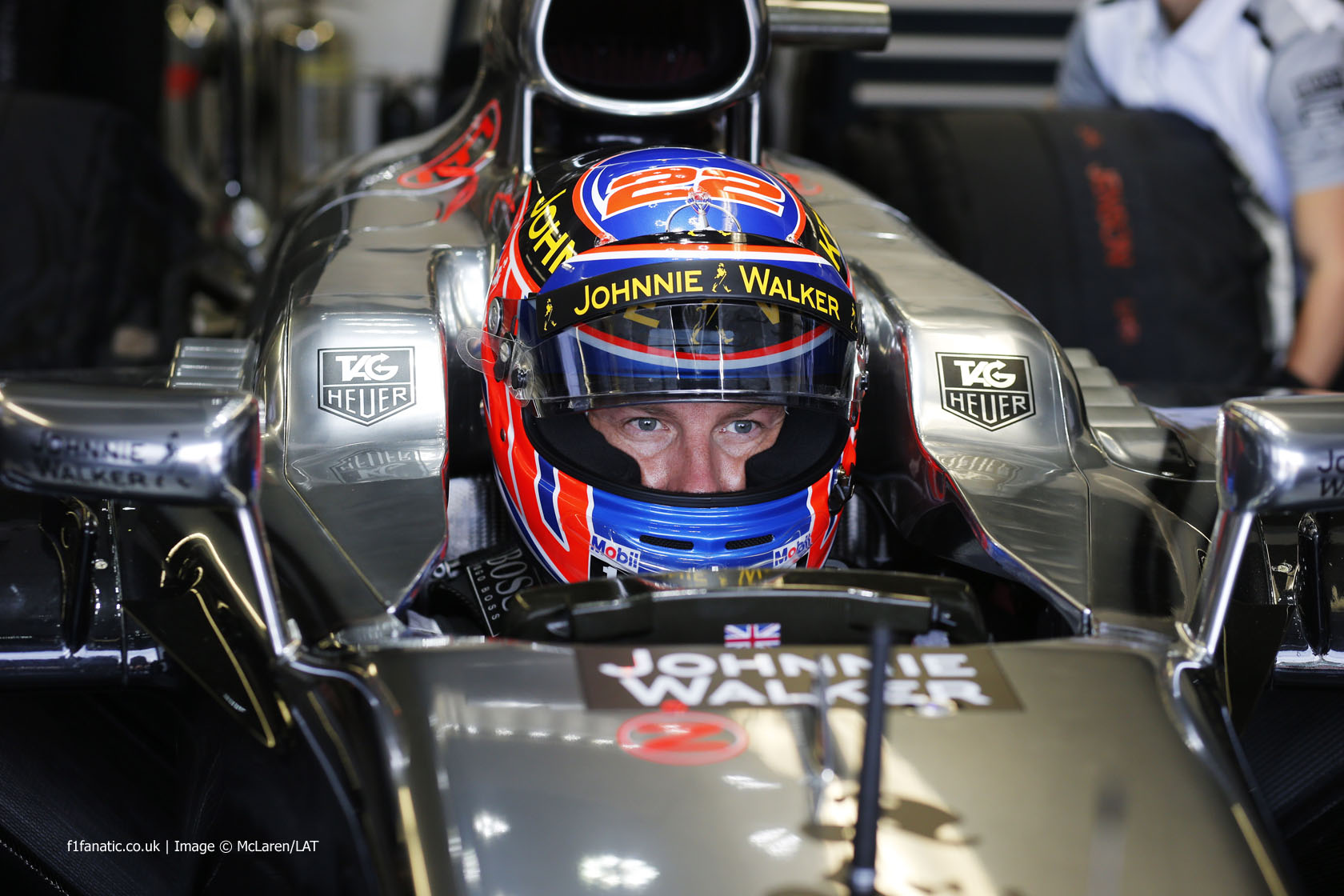 “Do I want him to try harder? Of course I do. He’s a highly paid grand prix driver. Yes, we are not giving him the best car; yes, it would be challenging for him to win in this car to say the least, but he could do his bit and Kevin has to make it as difficult for him as possible.”

“A Swiss-Middle Eastern consortium is understood to be behind the takeover of Caterham F1, in a deal that will be confirmed in the coming days.”

“I had wonderful years with Force India, and I needed a change and I went to Sauber.”

“My message to everybody after the race is that when you are racing up at the sharp end it comes down to the little details. When you get the details wrong that’s what happens, you go from first to fourth.”

Hamilton: In karting, some of the kids had more money than me… I was just faster! (Daily Mail)

“My stepmother Linda gave up the idea of going shopping and getting nice new purses and clothes to keep me racing. She would be in the back of this box trailer we had, next to a gas fire, sitting with my brother on her lap and with a pot of noodle soup. It was the best.”

“Development began in earnest in the summer of 2007, and in just nine months, track tests were conducted using the prototype vehicle RA1082 (a vehicle built to check the system functionality). The technology then went into the RA1089 (race prototype) and then it was planned to be installed in the RA109K (racing vehicle) in 2009.”

If you want to make Kimi Raikkonen properly laugh, just add John Surtees. The 64 champ had Kimi in pieces at Goodwood yesterday.

Not long ago people were asking for more team radio communications to be played in F1 broadcasts. But do we now need less of it?

Modern engineer-generated driving removes huge areas of potential mistakes or driver interpretation from the races, which are two of the areas where overtaking and great racing comes from.

Keep all the electronics as they are, but ban pit-to-car radio. Instead, just have a set of standard messages they’re allowed to send to the dash: “pit this lap”, “retire car”, “five-second penalty”, etc… If a stewards decision has to be communicated to the driver, instead of Charlie taking to the team, he tells the driver directly.
@Hairs

The most celebrated piece of racing Formula One has ever witnessed occurred on this day 35 years ago.

While Jean-Pierre Jabouille gave Renault their first victory with their previously derided 1.5-litre turbocharged car, his team mate Rene Arnoux was bested in a no-holds-barred battle for second place with Ferrari’s Gilles Villeneuve.

You’ve probably seen this clip dozens of times before. But even so, take a moment to relive the glorious sequence in full – and note just how far back Villeneuve was before launching his all-wheels-locked dive down the inside of Arnoux to reclaim his lost position. Scintillating.

119 comments on “Dennis urges Button to raise his game”