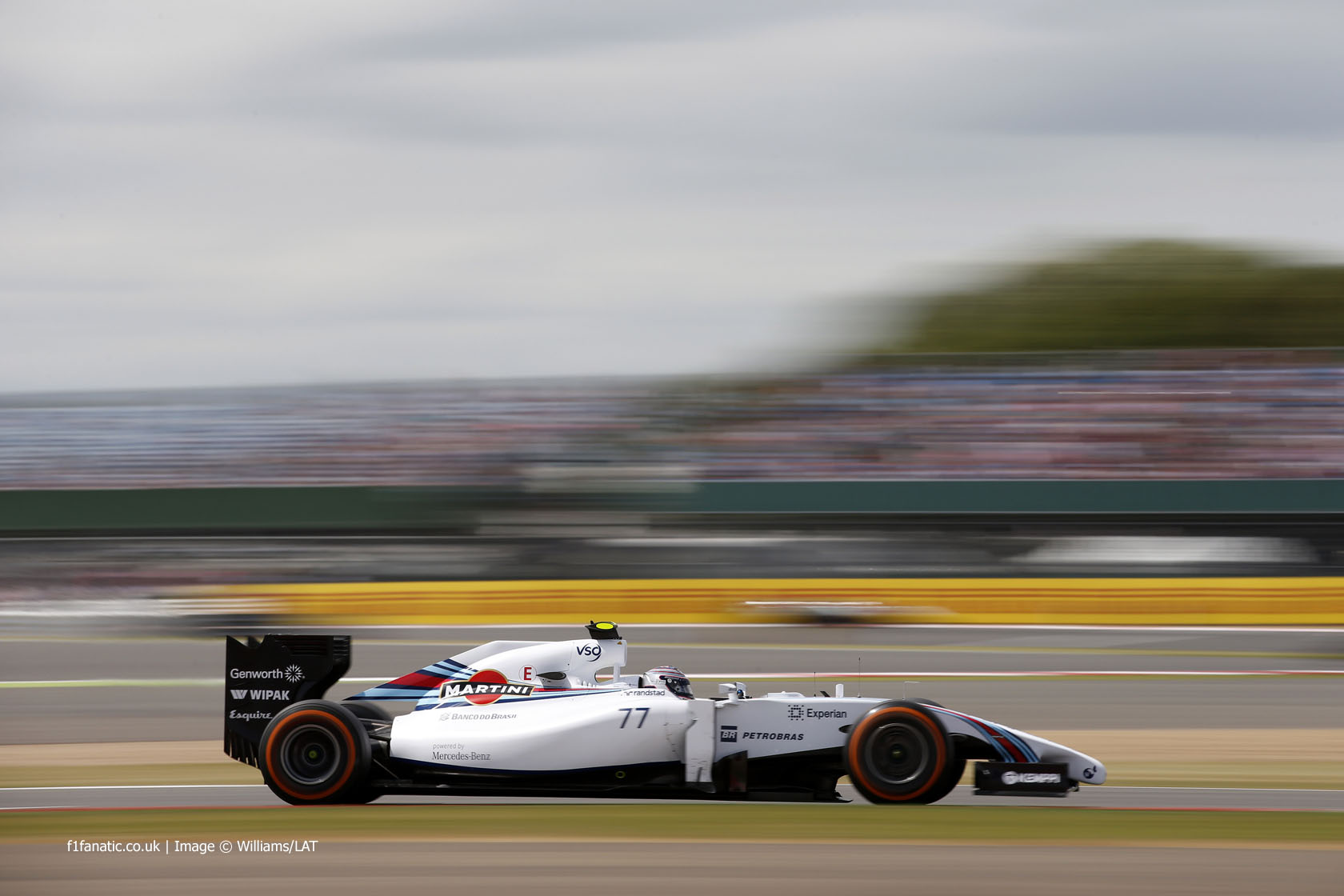 Williams must not repeat the errors which led to both drivers being eliminated during the first part of today’s rain-hit qualifying session at Silverstone, head of performance engineering Rob Smedley says.

Valtteri Bottas and Felipe Massa failed to progress to Q2 partly because the team failed to anticipate an incoming rain shower.

“We were trying to mark the people on track but our timings were wrong,” said Smedley.

“We didn’t see the rain coming as quickly as it did, but that’s not an excuse, it’s an error which we can’t make again.”

Felipe Massa said he knew his session was ruined as soon as the rain returned.

“We didn’t expect the rain and the track was drying so we had to get the lap in,” he said. “The moment it started raining again, that was it, it was over.”

Massa believes his car is “quicker than where we are” but said today’s qualifying session was “a missed opportunity to get the car in a good position for tomorrow”.

11 comments on ““No excuses” for Q1 elimination – Williams”