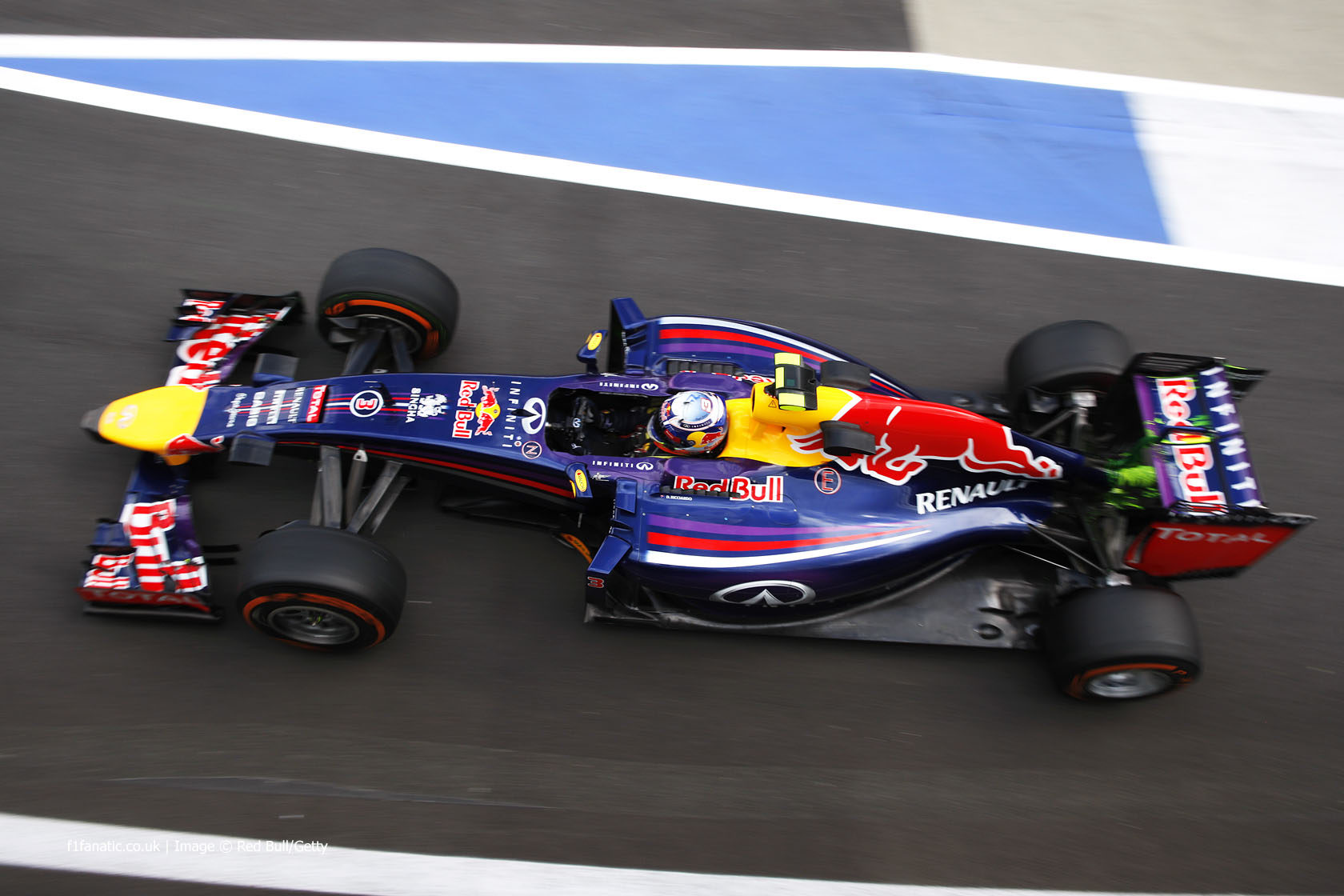 The Red Bull drivers headed a rain-hit final practice session at Silverstone as the Mercedes pair did not set times.

With the track 18 seconds slower than it was yesterday Sebastian Vettel headed the times despite briefly sliding off the track at Becketts. Team mate Daniel Ricciardo was second-fastest.

The Lotus pair were next, Pastor Maldonado third-fastest ahead of Romain Grosjean. The latter had a spin at the exit of the final corner and narrowly avoided hitting the pit wall.

However Jules Bianchi was not so fortunate. Late in the session when the rain intensified the Marussia driver slid off at Stowe and nudged the barrier. Adrian Sutil and Lewis Hamilton also went off separately at the same corner, without hitting anything.

The unfavourable conditions discouraged drivers from doing much running, with only six of them getting their lap counts into double digits. The track never dried sufficiently for slick tyres to be used.