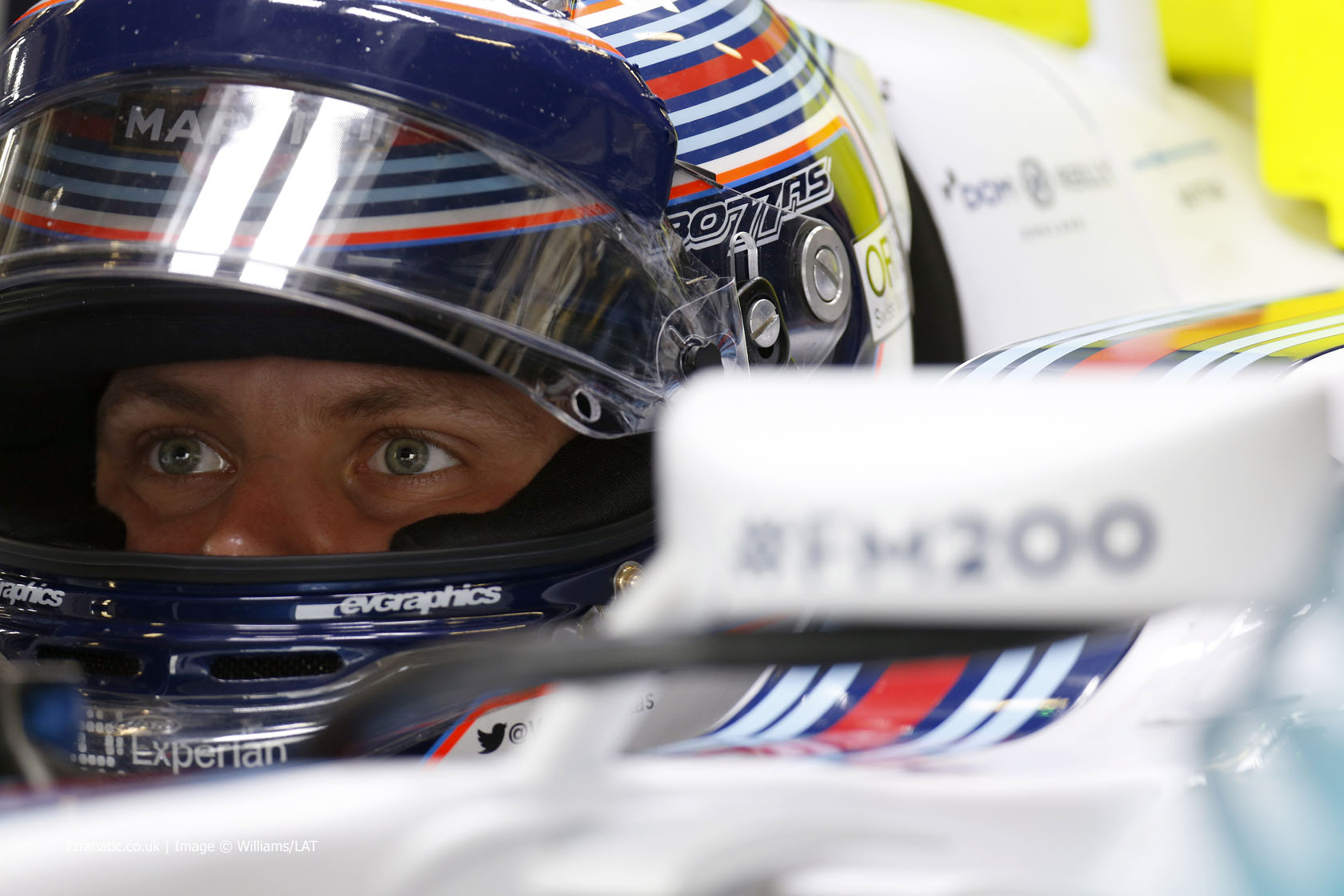 Of the quartet who were surprisingly eliminated during Q1 yesterday – both the Williams and Ferrari drivers – the one who made the most progress in the race was Valtteri Bottas.

Half of the four were eliminated on lap one: Kimi Raikkonen slammed into a barrier on the Wellington straight and Felipe Massa was unable to avoid him.

Bottas emerged from the carnage having gained five places from his initial starting position on row seven. Aided by the impressive straight-line speed of the Williams he then picked off three cars in the two laps after the restart.

“We knew that this race would be good fun,” he said afterwards. “We knew we had a quick car and maybe it surprised us it was so quick.”

He then set about the two McLaren drivers, passing them at Stowe to claim third place. Nico Rosberg’s retirement ultimately handed him a career-best finish of second.

“The first stint we went through the field fast and that needed a bit of risk,” said Bottas. “I am so happy for the team, they have worked on race pace and it shows.”

Fernando Alonso also had a strong recovery drive, making up ten places to finish sixth despite a penalty for being outside of his grid box at the start.