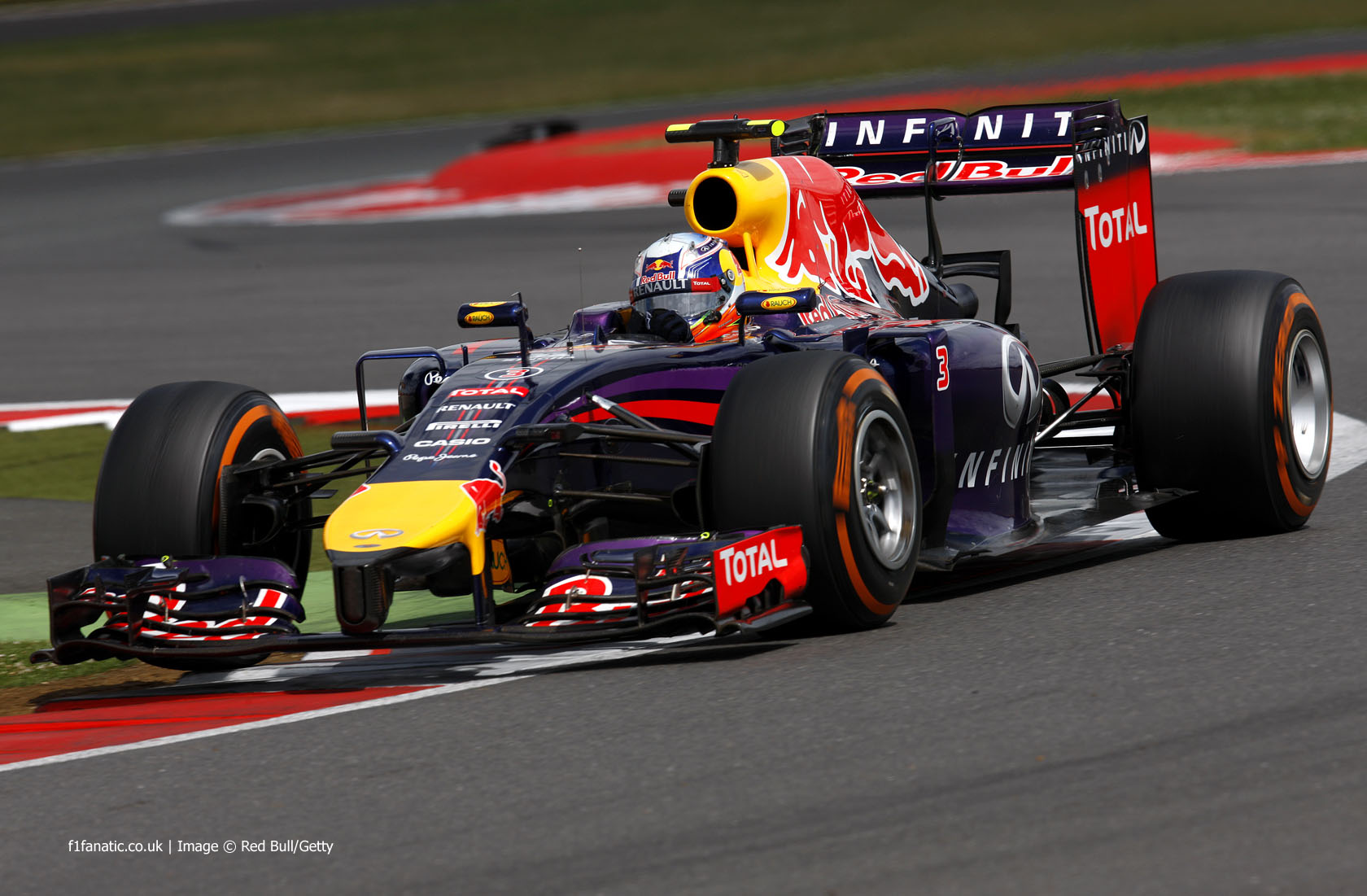 The red flag on the first lap allowed all the drivers to change their tyres immediately. Most of them chose to, but none of those who did remained completed the race without a further pit stop.

One of the drivers who made the most effective use of this opportunity was Daniel Ricciardo, who switched from medium to hard compounds tyres. He then put medium tyres back on as early as lap 15, and continued to the end of the race on the same set of tyres.

He fended off an attack from Jenson Button in the closing stages with what was technically a one-stop strategy as he only pitted once during the race.

“The one stop wasn’t planned,” he said. “We pitted quite early on the [hard] because we were quite slow and it wasn’t working, so we came in for the [medium] and, at one point, my engineer pretty much said ‘alright four laps to go on this tyre then let’s box’.”

“I said ‘the pace seems OK, the tyres aren’t getting any worse and let’s try and stay out or at least think about keeping me out there’ and he said ‘OK we’ll look at our options’.

But team mate Sebastian Vettel made his first true pit stop even earlier which left him unable to do the same – something his race engineer acknowledged after the race.

“We decided to pit relatively early to try and get the undercut on the McLaren cars ahead,” explained Christian Horner. “Whilst that was successful with both the cars, unfortunately it put us out of the range of a one-stop with Sebastian.”

Fernando Alonso did the reverse – having started on the hard tyres he used two sets of mediums to get to the end of the race. The single lap he did on hards at the start was sufficient to meet the requirement under the rules for everyone to use both types of tyre.

How long each driver’s pit stops took, Max Chilton’s very long pit stop was due to the fact he came into the pits when the race was red-flagged and stayed their until it resumed over an hour later.