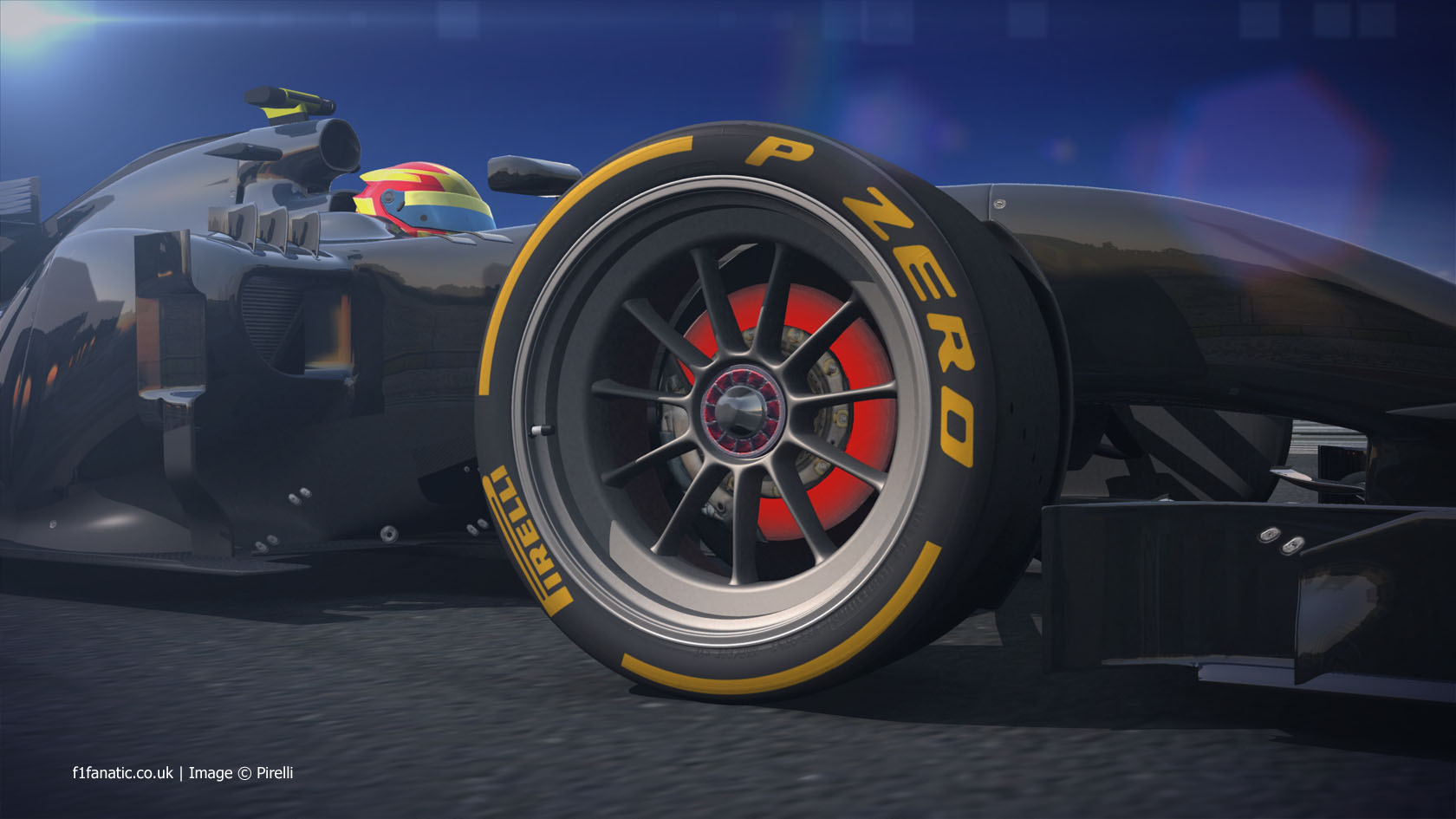 Pirelli have revealed how the 18-inch wheel and tyre they intend to test at Silverstone tomorrow will look.

“The 13-inch tyre is no longer relevant to the everyday road user, because even an 18-inch tyre is used by standard vehicles these days.=,” said Pirelli motorsport director Paul Hembery.

“While 18-inch tyres would be a big step for Formula One, there are many other motorsport series that already use this size. So there’s scope to go even bigger than that in Formula One in years to come.”