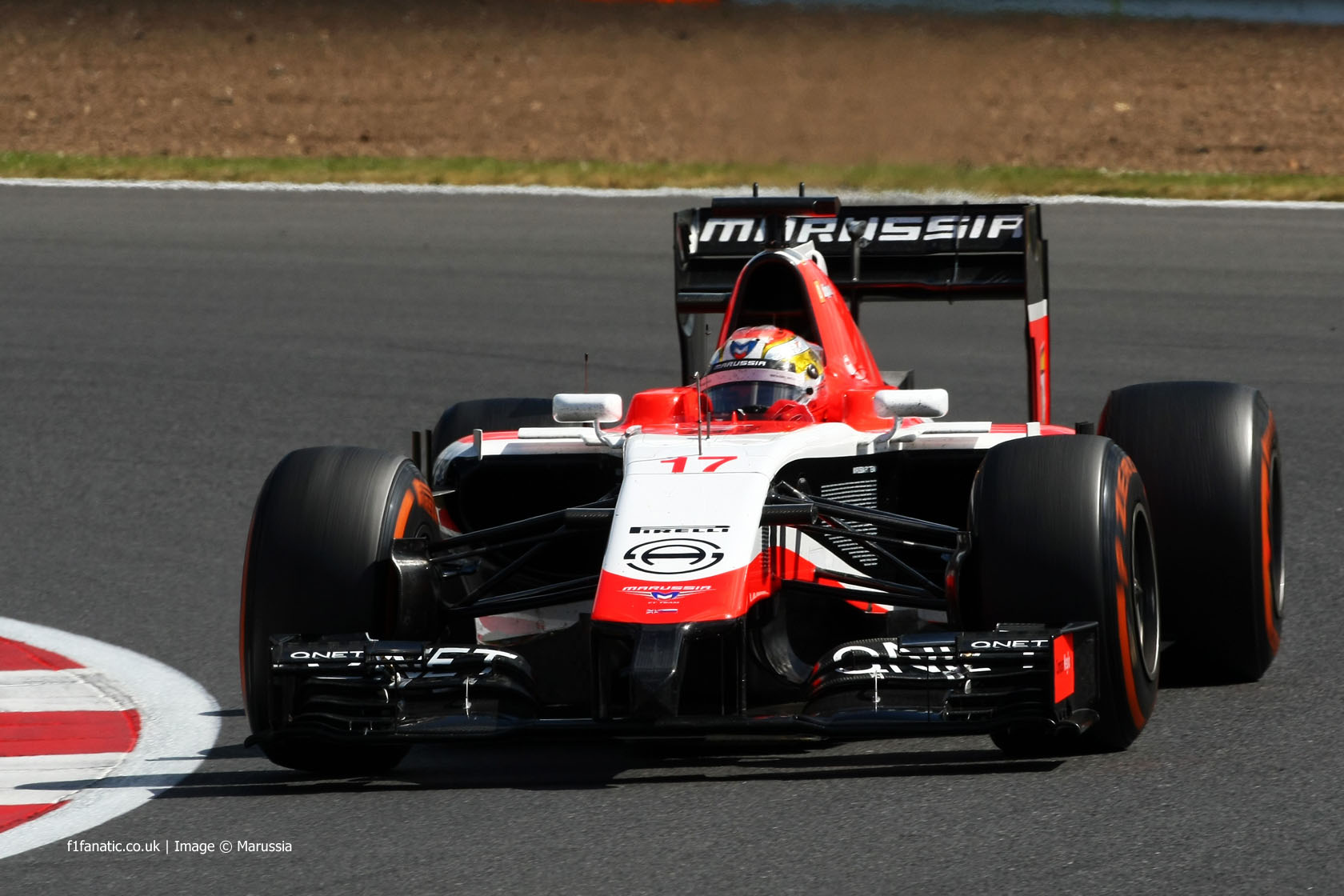 Join F1 Fanatic Live to follow the second and final day of testing at Silverstone.

Pirelli’s plan to test 18-inch tyres on Lotus’s cars is set to provide one of the day’s major talking points. Test driver Charles Pic will drive the car.

Also today Jules Bianchi will be back at the wheel of a Ferrari, taking over from Kimi Raikkonen. Bianchi covered the most laps of anyone in yesterday’s test.

The test will begin at 9am local time.