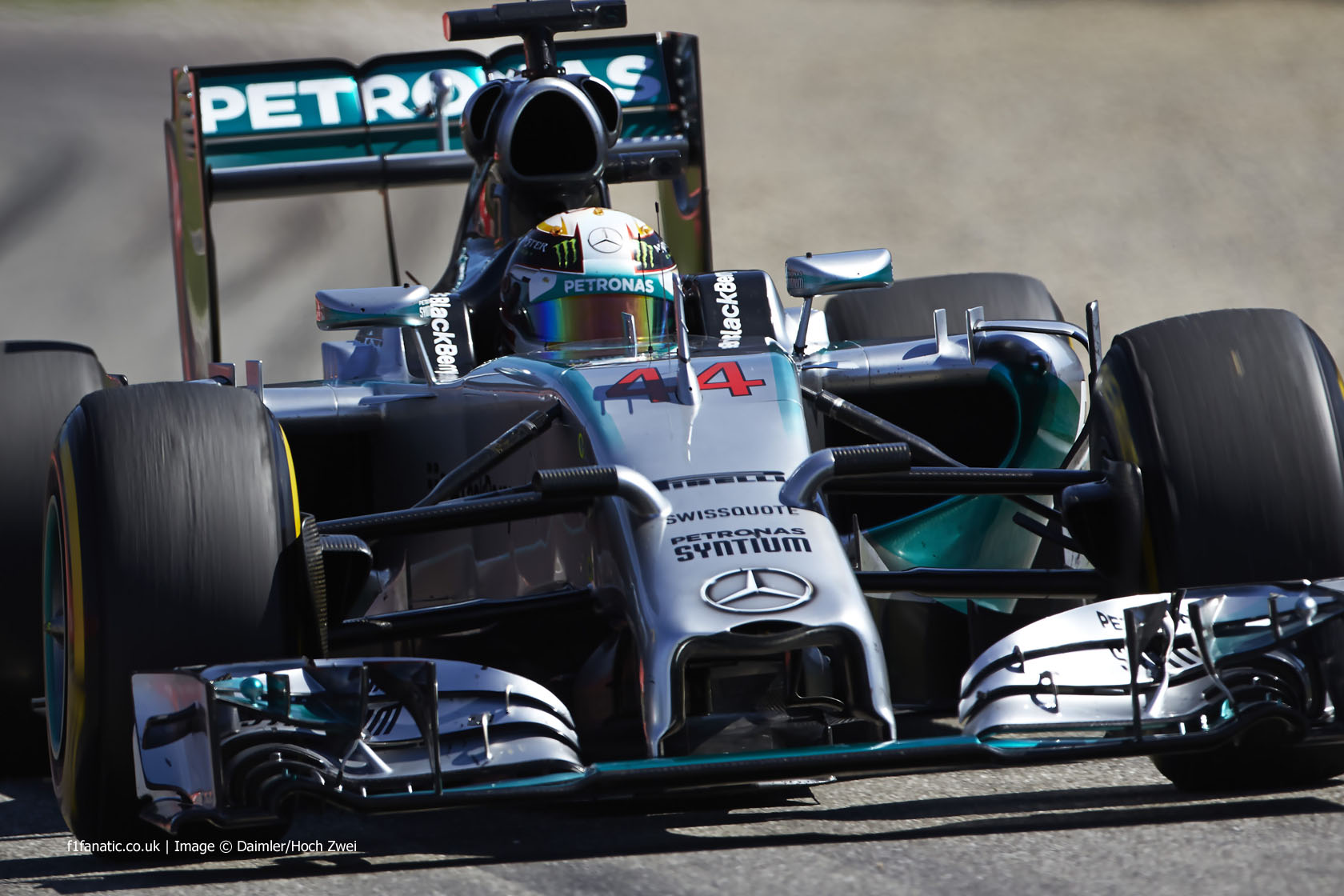 Lewis Hamilton said the brake failure which put him out of qualifying was another “gift” for his team mate in the championship.

Hamilton had closed Nico Rosberg’s championship lead to four points heading into this weekend’s race. But brake failure during Q1 triggered a crash which leaves him provisionally 15th on the grid for tomorrow’s race.

“There’s still a decent amount of races to go,” Hamilton reflected while talking to reporters afterwards. “Obviously Nico’s basically got another gift but we’ll do what we can tomorrow.”

Hamilton was discharged from the medical centre following the crash. “I’ve got a little bit of pain but that’s what usually happens when you have a crash like that,” he said.

“I think they said I pulled like 30Gs or something. But it’s OK – even if something’s broken I’ll still be driving tomorrow.”

“Things like this happen, things for whatever reason are sent to try us,” he added. “The guys worked so hard over the evening, they were up really late last night.”

“We’ve done a great job with the set-up, it felt fantastic out there and I didn’t even get to do five laps. But it’s nothing really to do with the guys – it’s supposed to have gone through lots of test with the brakes, which they did, but just a bit unfortunate, I think.”

“It just takes you by complete surprise. It happened so quickly, you hit the brake pressure and… the thing is when you’re driving you have to have 110% confidence in the car, you never enter a corner thinking something’s going to happen. And so you hit it and then it’s a real shock.”

Mercedes said Hamilton’s crash was caused by “a sudden and catastrophic failure of the right front brake disc”. The team added the cause for the failure was “unexplained as turn 13 is not a particularly heavy braking event and the brakes were fitted new for [third practice]”.

59 comments on “Brake failure is “another gift” for Rosberg – Hamilton”